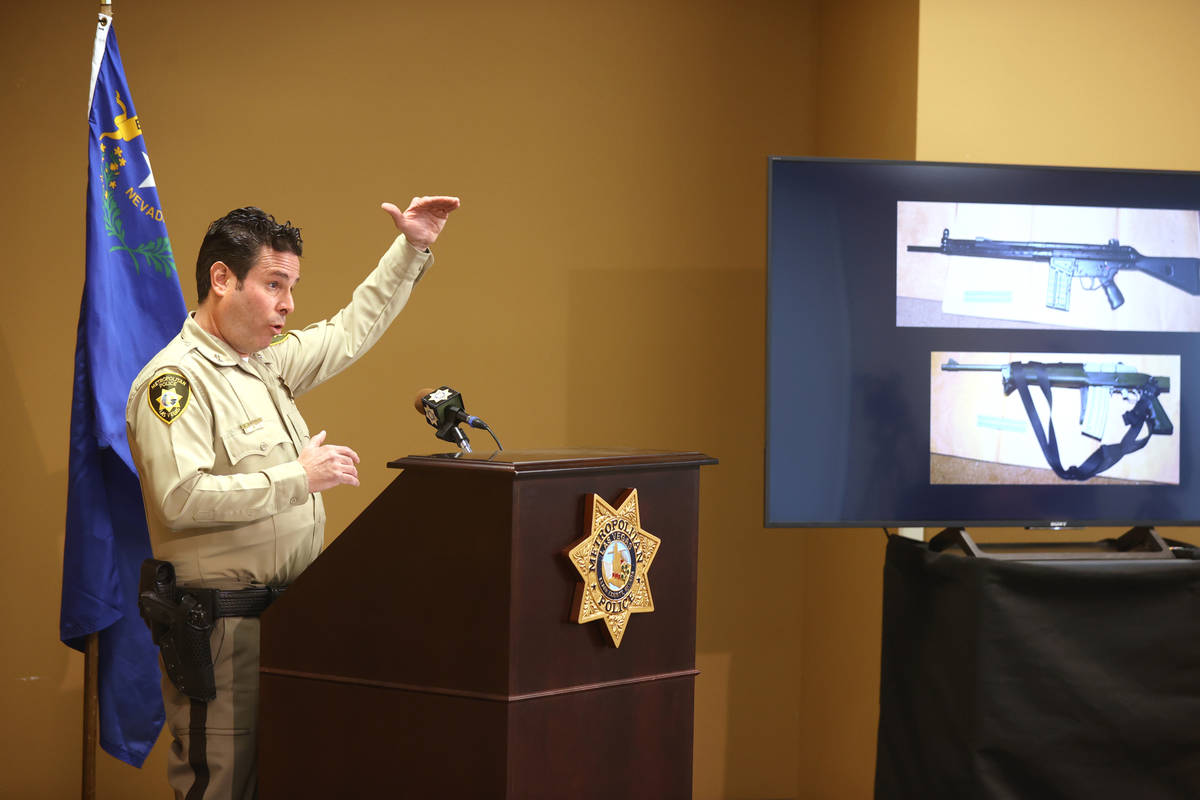 Metropolitan Police Department Assistant Sheriff Brett Zimmerman shows weapons at Metro headquarters in Las Vegas on Friday, May 7, 2021. He said the weapons were used by a 49-year-old man who was shot and killed by an officer on Tuesday. (K.M. Cannon/Las Vegas Review-Journal) @KMCannonPhoto 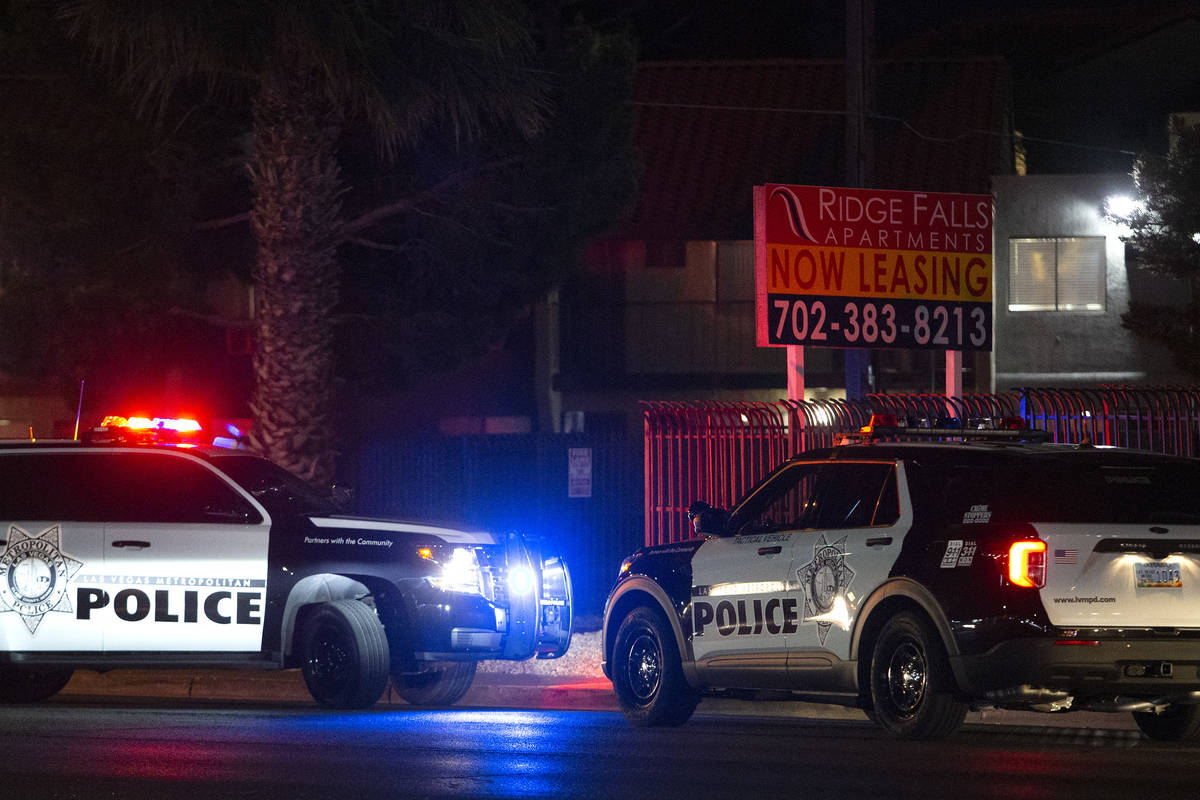 Las Vegas police investigate the scene where an officer opened fire near the 3000 block of East Charleston Boulevard on Tuesday, May 4, 2021, in Las Vegas. (Ellen Schmidt/Las Vegas Review-Journal) @ellenschmidttt 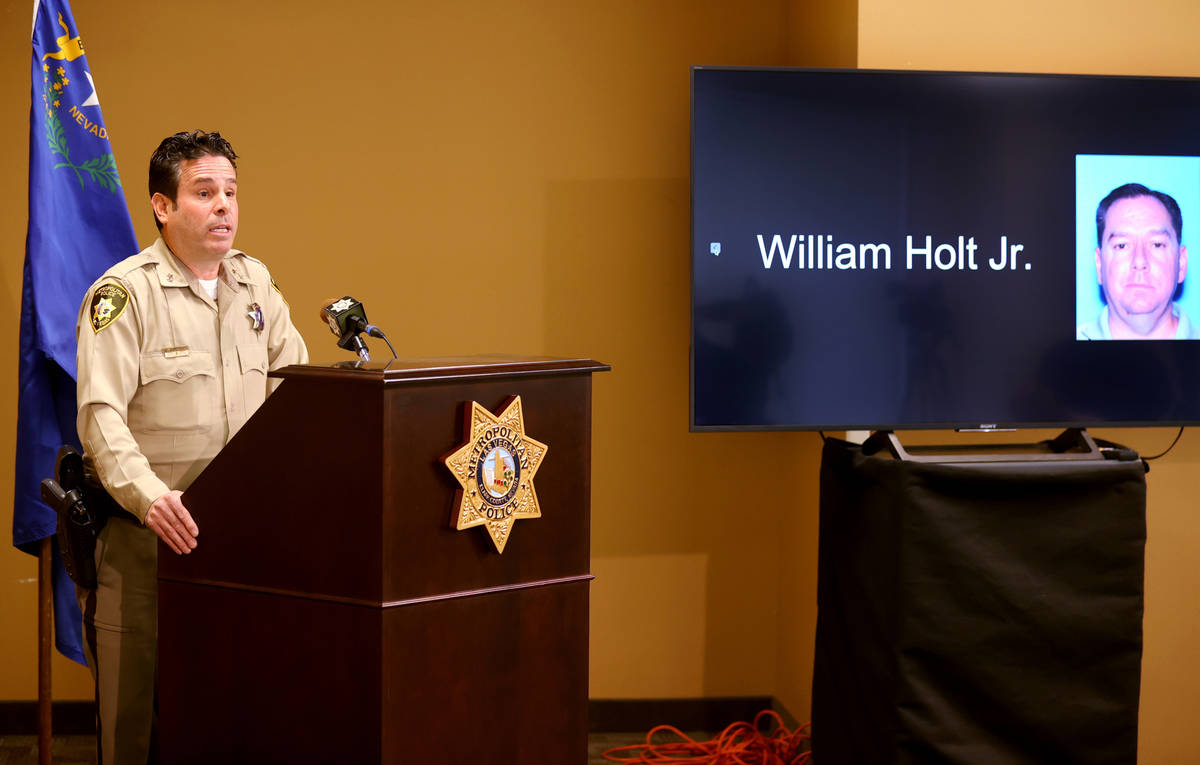 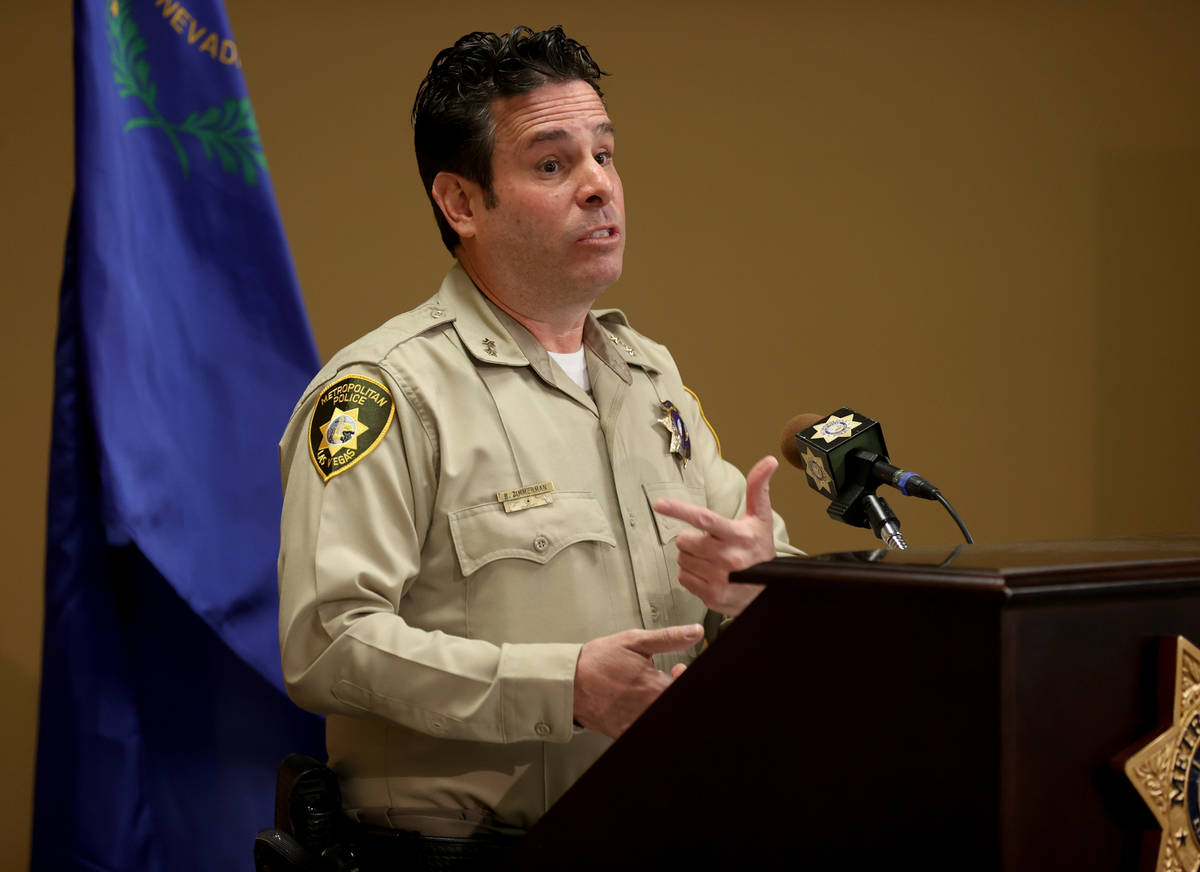 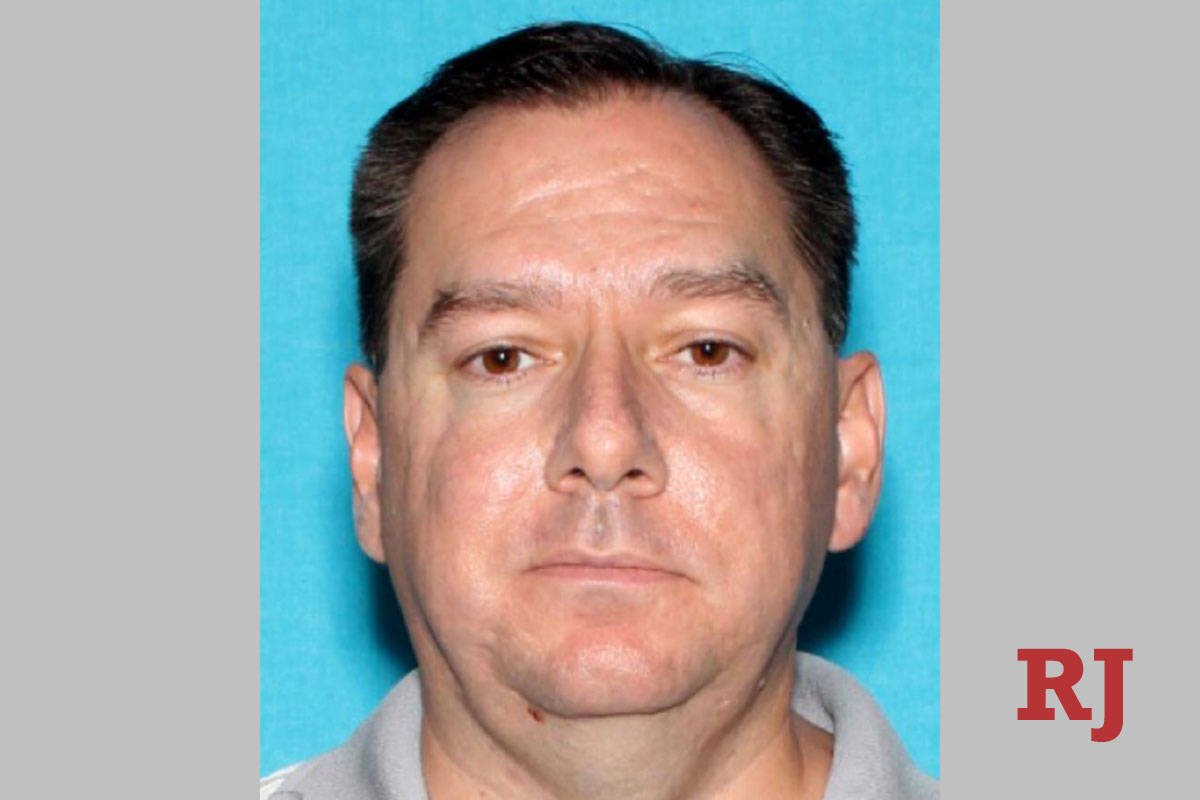 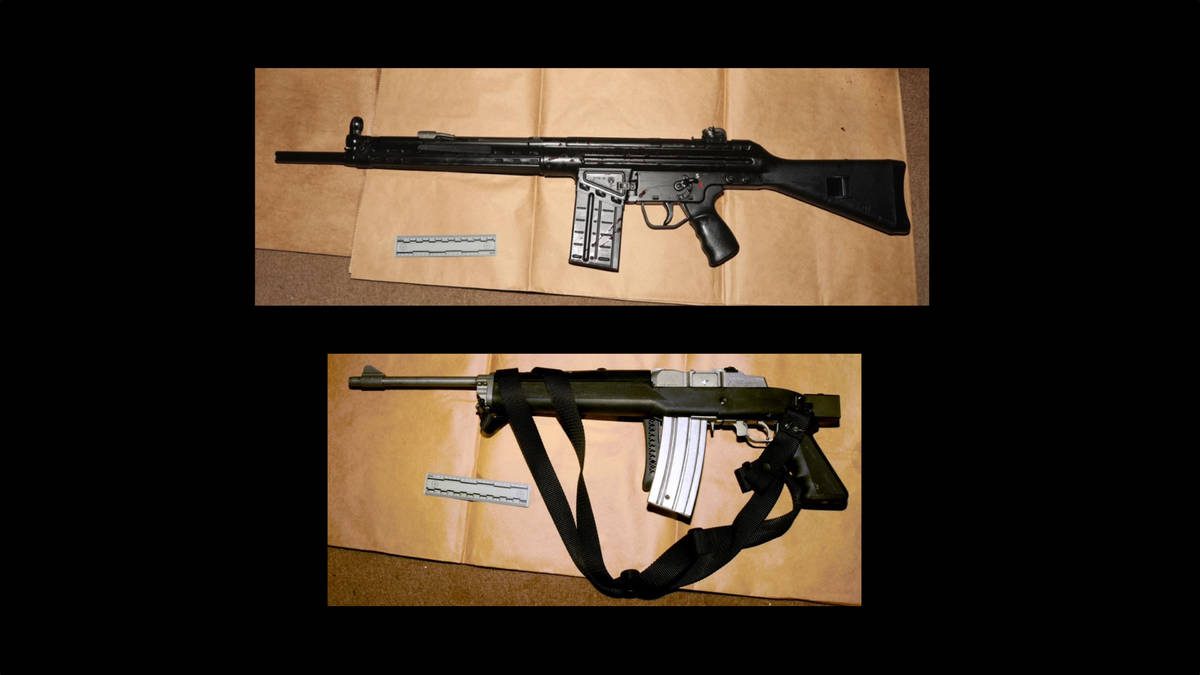 Las Vegas police on Friday identified a 49-year-old man who was shot and killed by an officer on Tuesday after police said he randomly fired at other people in an east valley apartment complex, then pointed a gun at officers.

He was 49-year-old William Holt Jr., Metropolitan Police Department Assistant Sheriff Brett Zimmerman said during a news conference Friday morning. The cause of death was gunshot wounds to the torso, and the manner was homicide, the Clark County coroner’s office said Monday.

Metro earlier identified the officer who shot and killed the man as 37-year-old Erik Lindberg.

Police were called about 8:15 p.m. to an apartment complex near Charleston Boulevard and Mojave Road after reports of gunfire from neighbors and ShotSpotter, the department’s gunshot detection system.

When officers arrived, two men said someone had shot at them over a wall from the apartment complex next door. The men said the shooting was unprovoked, and one man fired back in self-defense, Zimmerman said.

Officers then saw Holt “discharge a firearm from his apartment and then retreat inside,” Metro has said.

About a minute later, Holt came back outside the apartment with another long gun, and Lindberg shot him, police said.

Officers said Holt pointed the gun at them, but the footage released Friday did not show Holt at all. Zimmerman said Holt’s actions were not visible on the footage because the officers were taking cover.

“We didn’t have the time to end it peacefully because of his actions,” Zimmerman said.

Lindberg has been employed by Metro since 2014 and is assigned to the downtown area command’s tourist safety division.

He has been placed on routine paid administrative leave while the department investigates the shooting.

Zimmerman said that when police inspected Holt’s apartment they found two rifles on his balcony. One of the rifles had jammed. They also found six shell casings on the ground near the apartment that police believe came from Holt’s weapons.

Holt had lived in the apartment complex where the shooting occurred for a long time, Zimmerman said, and had only minor offenses on his record “from years back.”

“He was a victim of some crimes,” Zimmerman said without elaborating.

Zimmerman said police do not know why Holt opened fire on the people walking through the apartment complex. The assistant sheriff said police also found vehicles in the area with bullet holes in them.

Lindberg was involved in another fatal police shooting in October 2016, when he was one of four officers who fired a total of 36 shots at 50-year-old Rex Vance Wilson, who was suspected in a string of armed robberies. Wilson led police on a mile-long car chase and was carrying a spray nozzle wrapped with black tape to look like a gun, police said in 2016.

Tuesday marked the fourth time a Las Vegas police officer has opened fire this year, and the second time an officer has killed someone in the line of duty, according to records maintained by the Las Vegas Review-Journal. At this time last year, Metro officers had been involved in seven shootings that had left three people dead.