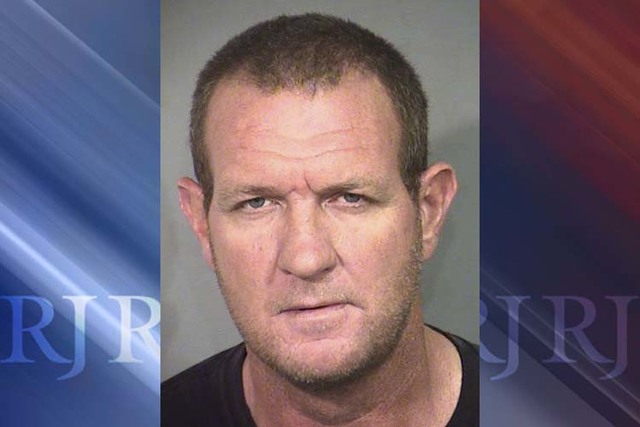 It started with a domestic violence arrest, but for Las Vegas police, it may have ended up solving three cases more than a decade old — two homicides and a rape.

Brandon McGuire, 42, was booked into the Clark County Detention Center in May on a felony charge of battery constituting a domestic violence strangulation.

A DNA sample was taken from McGuire, as it is from everyone arrested on a felony charge. Cold case investigators with the Metropolitan Police Department have since tied McGuire’s DNA to a 2004 sexual assault case and a homicide in 1998, police said Thursday.

And McGuire has always been the top suspect in the 1999 death of his wife, according to a police affidavit.

“Then they put all the pieces together,” Cordero said.

In the late afternoon of May 6, 1998, Annie Miller’s body was found in a desert area on the east side of State Route 159 about five miles north of Blue Diamond Road, police said.

An anonymous caller notified police of the woman’s body from a payphone.

Investigators determined she had been forced to walk barefoot from the killer’s car into the desert, where she was sexually assaulted, choked and beaten to death. DNA was found on her skirt.

But the case “went cold” until 2012, a police affidavit said. That’s when the DNA on Miller matched a sample from the sexual assault of a woman in March 2004.

In that case, a woman was driven to a remote desert area and sexually assaulted. She was kicked out of the vehicle in the northwest valley near Lee Canyon Road, a police affidavit said.

While police investigated these cases over the years, McGuire remained the top suspect in his wife’s beating death.

Elvia McGuire, 24, was found dead in the wetlands near Sam Boyd Stadium on Dec. 10, 1999. A police affidavit said she hadn’t been seen since Oct. 30 of that year.

Brandon McGuire told police that he and his wife had a huge argument and she came after him with a butcher knife. He said he defended himself, punched her in the head and threw her out of the apartment. The police affidavit noted that the couple had marital issues, including allegations of domestic violence, for at least a few years before the October fight, the last time she was seen alive.

Police continued to work the case for the next year with little to show for it. Police tried to interview Brandon McGuire again in 2002, when they learned he had joined the Army National Guard. Police were working the case again in 2004, but the investigation stalled out for the next 12 years until his May arrest.

Then the woman who was sexually assaulted in 2004 identified McGuire in a photo lineup. Detectives said his voice was the same as the caller who reported finding Miller’s body more than 18 years earlier.

When police mentioned the 911 call to McGuire, he asked for a lawyer and the interview stopped, a police report said.

Two murder charges, a sexual assault charge, and a first-degree kidnapping charge were filed against McGuire in November. He is due in court for an arraignment Jan. 9 and a preliminary hearing March 10.