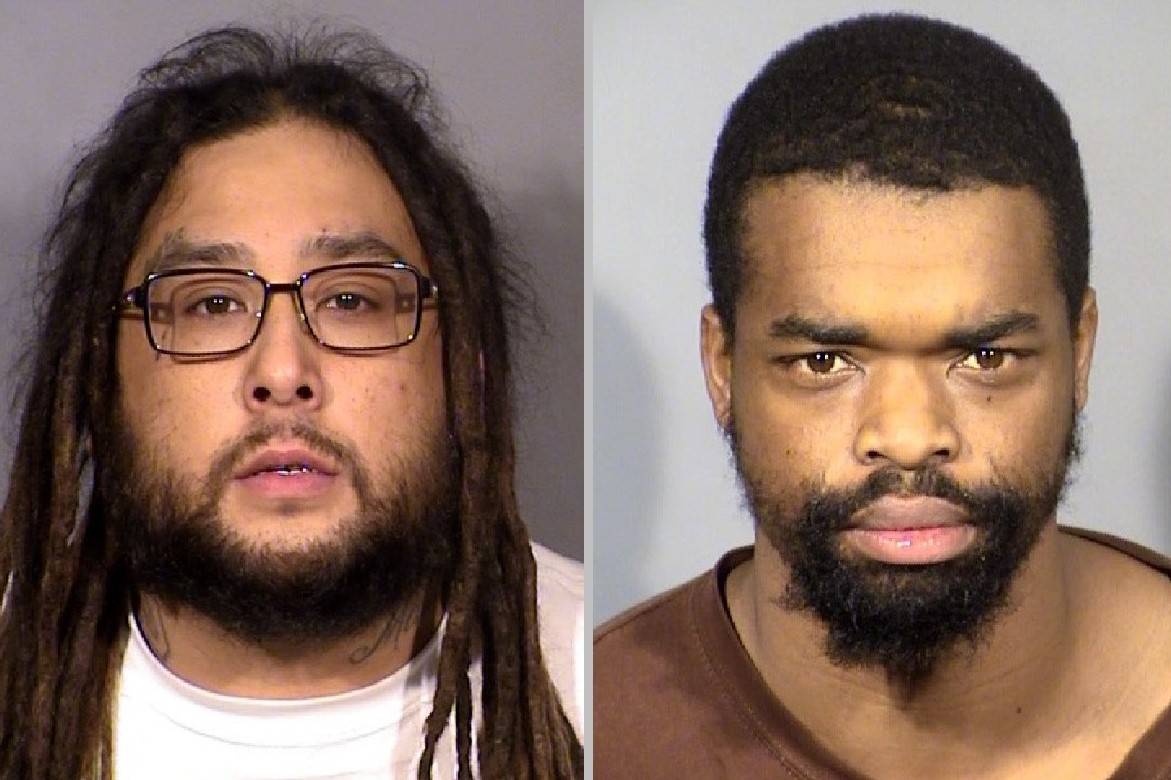 A rapper and a roommate were tied to a November killing after a woman from a Las Vegas recording studio recognized the men.

Melvin McHenry, 32, and Antonio Ricardo Cruz, 31, were arrested on warrants and charged with open murder with a deadly weapon and conspiracy to commit murder, according to court records.

Officers were called around 7 a.m. Nov. 7 to the 3200 block of Wynn Road after ShotSpotter detected gunshots and found Alexius Sala, 36, suffering from at least one gunshot wound, the Review-Journal previously reported.

Sala was taken to University Medical Center, where he died of a gunshot wound to the head, according to the Clark County coroner’s office.

Investigators found video footage from outside a recording studio that showed McHenry, Cruz and Sala arrive and walk through the parking lot for about 10 minutes before Cruz fired six rounds, striking Sala, according to an arrest report for McHenry and Cruz released Thursday.

An unnamed woman identified McHenry to police after watching the security footage because she recognized him from the recording studio, police said. She told them his rapper name was Mel Zoda.

Cruz reportedly was seen driving himself and McHenry from the scene in a car he rented under own name and then abandoned a half-mile from the studio four days later. A unnamed person who knew Sala told police he lived with Cruz in Las Vegas and traveled to and from California. Cruz and Sala had been friends for 20 years, police said in the report.

McHenry was extradited from California and booked into the Clark County Detention Center on Dec. 29. Cruz was arrested and booked Jan. 13.

The two are being held without bail and are scheduled to appear in court Feb. 11.