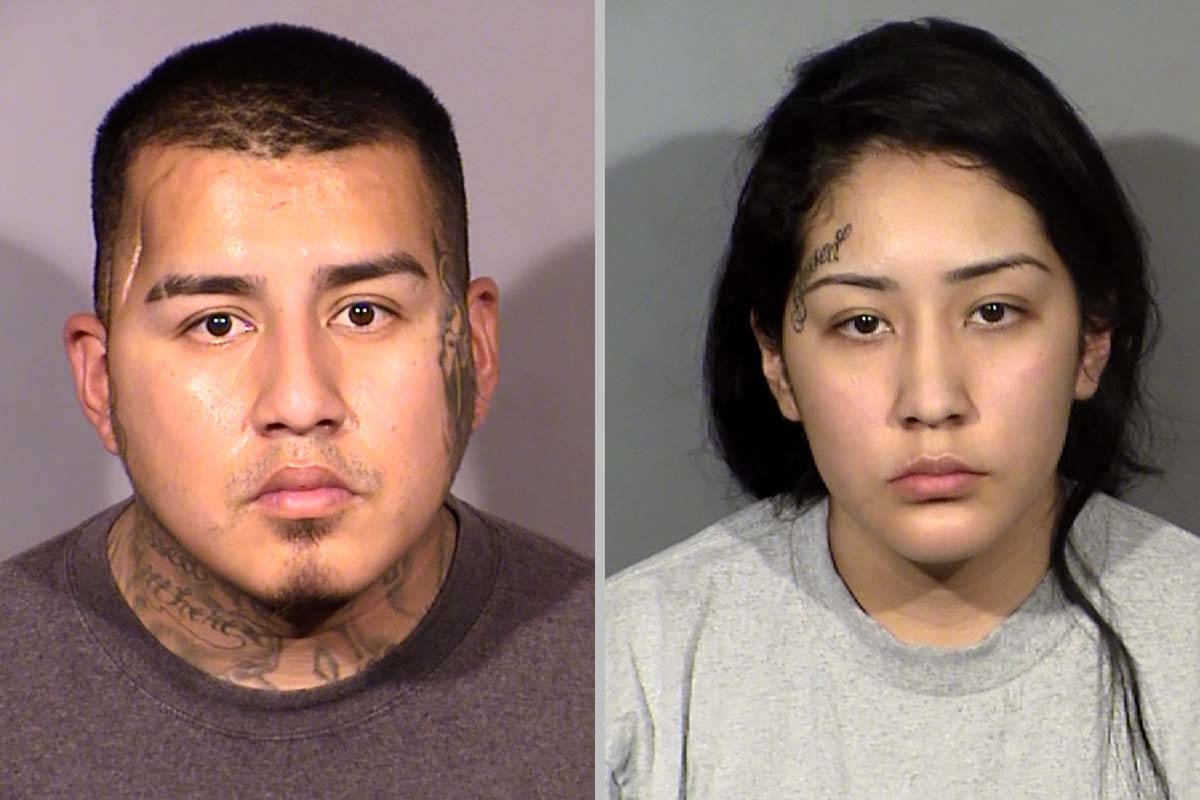 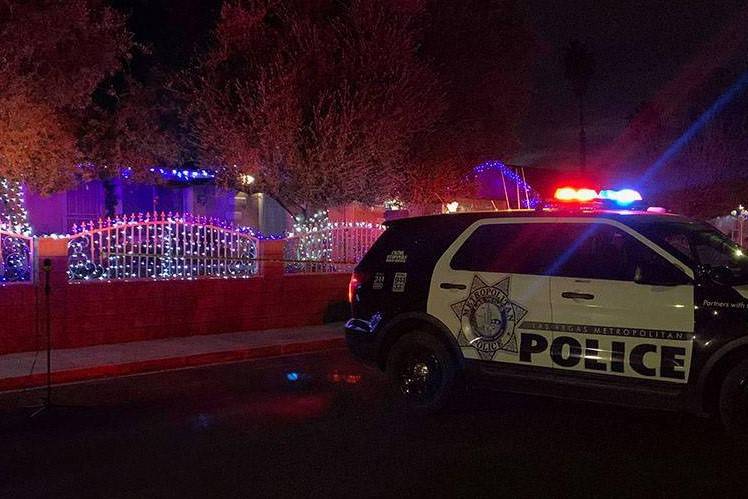 Las Vegas police at the scene of a homicide in the 100 block of Montello Avenue near East Charleston and North Nellis boulevards, on Dec. 8, 2020. (Sabrina Schnur/Las Vegas Review-Journal)

A brother and sister have been charged with murder in what Las Vegas police say was a plot to kill the woman’s ex-boyfriend in a dispute over money.

Clark County Detention Center records show Janet Juarez, 23, and Jhonatan Juarez, 28, both of Las Vegas, were each booked at the jail Thursday on one count of open murder with use of a deadly weapon. The two are jailed in the shooting of Janet Juarez’s ex-boyfriend, identified by the Clark County coroner’s office as Anthony Rivero, 21, of Las Vegas.

Police said in an arrest report for Janet Juarez that Rivero was shot in the back as he sat in a Nissan in east Las Vegas just after 2 p.m. Dec. 8.

The shooting happened in the 100 block of Montello Avenue, near Nellis and Charleston boulevards. Rivero then drove a quarter-mile from the shooting scene before crashing into a yard in the 4900 block of Ronan Drive. Rivero died at University Medical Center.

Police said witnesses saw the suspected shooter and a woman in a white sport utility vehicle that pulled alongside Rivero’s car. The SUV driver, with tattoos all over his arms, emerged and attempted to get into Rivero’s car. Rivero was shot as he tried to drive away.

Police also said an investigation showed that Janet Juarez was the ex-girlfriend of Rivero and that the two shared a child in common. Witnesses told detectives that the two were arguing over money prior to the killing and that they heard Janet Juarez threatening her ex if Rivero didn’t pay what she felt she was due, the report said.

“(Rivero) was attempting to tell Janet that he could not pay her at this time due to a recent family member’s passing and that the money was going to be utilized for a burial,” police said in the arrest report. “Janet responded by saying that she didn’t care and that the person who passed away was not related to her.”

Witnesses told police they heard Janet Juarez threatening Rivero during the phone conversation on a speaker phone, and that “Janet made several threats towards (Rivero) stating that she get her brothers to ‘handle him,’” the report said.

Another witness told police she overhead a different conversation between Janet Juarez, her brother and Rivero.

“They were going to have a problem if he didn’t pay the money owed,” police quoted the witness as saying.

Video surveillance identified the vehicle used in the killing as a GMC Yukon Denali, and police recovered a cellphone from Rivero’s vehicle. They said they found threatening text messages from Janet Juarez on the phone with one message describing Janet’s brother as driving a Denali. Police said that they then identified Janet Juarez’s brother as Jhonatan Juarez — a man with a tattoo of a bullet on the side of his head.

On Dec. 6, Janet Juarez texted the victim saying she wanted “her money and/or gun that (Rivero) had which belongs to her,” police said, adding in the texts that “her brother was going to come to (Rivero’s) house.”

“He hot he wanted to pull up on you last night u lucky he was working,” read one text, according to the report.

On the day of the shooting, police said, Janet Juarez texted her ex saying she was on the way to pick up her money. Eleven minutes before the shooting, a man left a voicemail on the victim’s phone saying, “‘I’m outside your house how you want to handle this.’”

All communications on the phone stopped seven minutes before the shooting. Two days after the shooting, police received an anonymous tip pointing detectives in the direction of Janet Juarez.

Both had been scheduled for initial court proceedings in Las Vegas Justice Court on Friday morning.