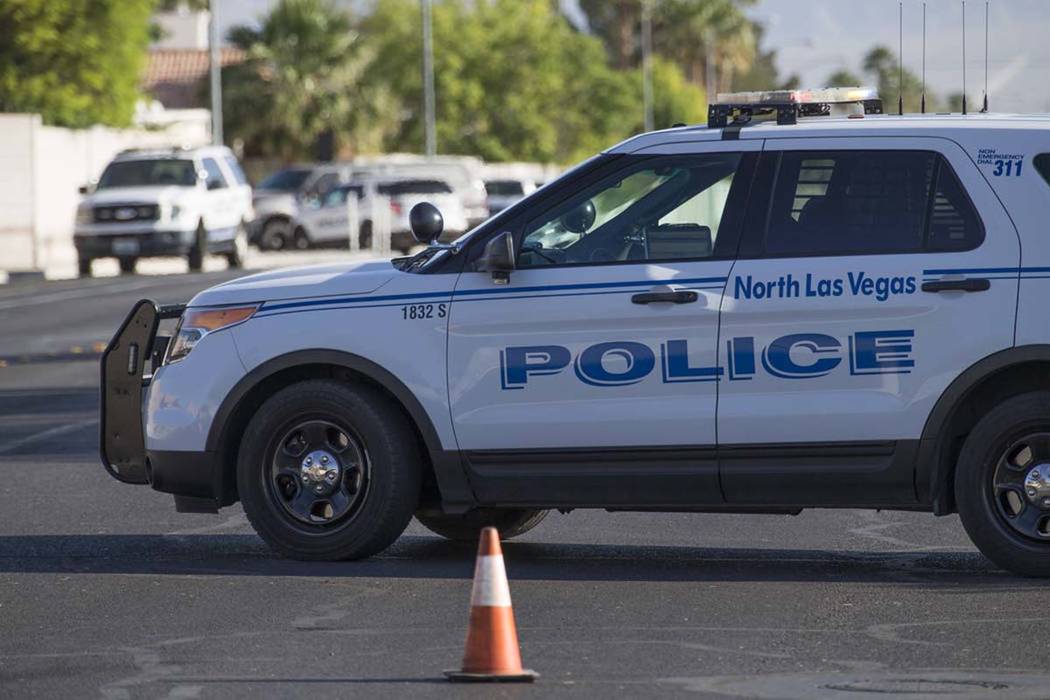 A 19-year-old man is dead after a shooting Sunday at a North Las Vegas gas station, police said.

Officers were called after reports of a shooting just before noon at the Carey Mart at Martin Luther King Boulevard and Carey Avenue, North Las Vegas Police Department spokesman Eric Leavitt said. The 19-year-old was shot while he was in the driver’s seat of a car, and he died on scene.

Detectives believe the passenger in the car, his 22-year-old girlfriend, got out of the vehicle to speak to the eventual shooter, and “some sort of disturbance” happened, Leavitt said. The man also spoke with his assailant before the shooting. After they stopped talking, the male shooter fired into the car, hitting the 19-year-old man.

It appeared that the three all knew each other, he said. The convenience store was crowded at noon when the shooting happened, and a large crowd was across the street for an outside event, Leavitt said.

The shooter fled north through the gas station’s parking lot after the shooting, Leavitt said. Detectives on Sunday believed they had identified a suspect based on witnesses and surveillance footage, but police did not immediately release a description of him.

The Clark County coroner’s office will identify the 19-year-old, as well as his cause and manner of death, after his family has been notified.

The shooting marked the eighth homicide North Las Vegas police have investigated in 2019, according to Review-Journal records.