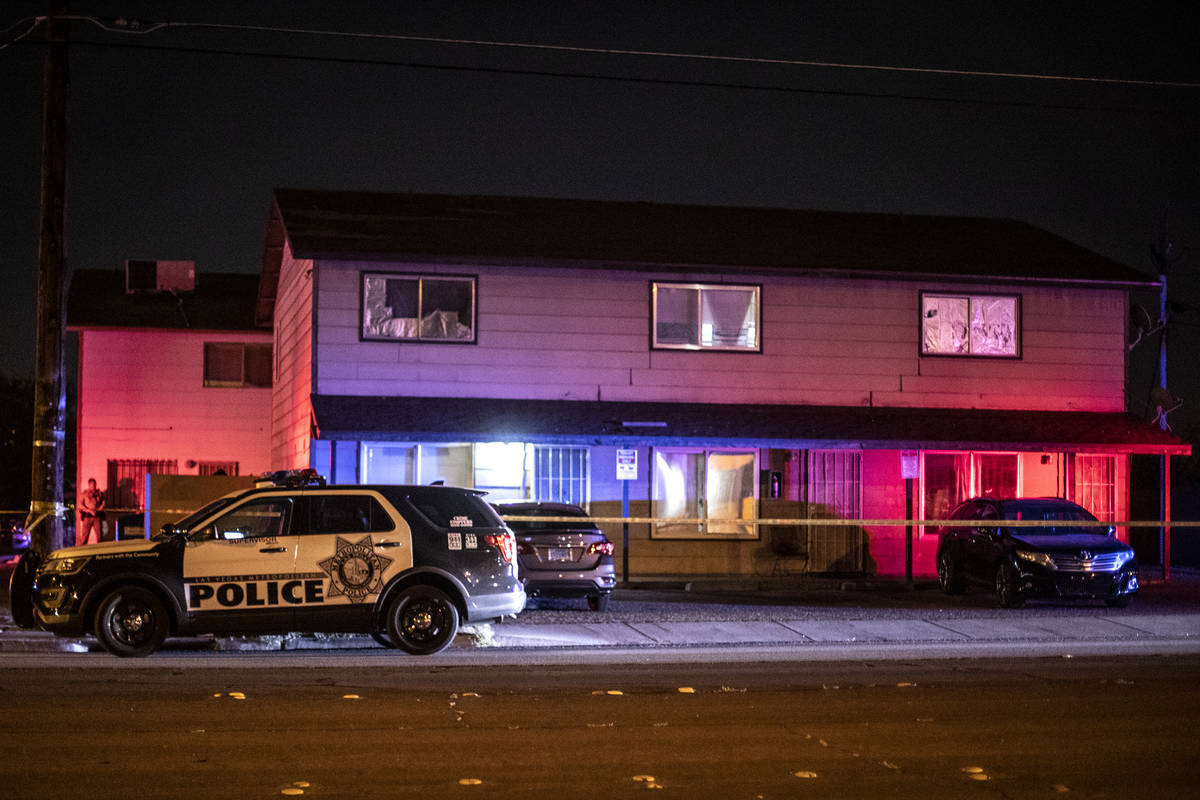 Metropolitan police investigate a homicide on the 3400 block of Center Drive, near East Charleston Boulevard and Palm Street, on Thursday, May 20, 2021, in Las Vegas. (Ellen Schmidt/Las Vegas Review-Journal) @ellenschmidttt

A man fatally shot in east Las Vegas on Thursday night has been identified as James Bartlett.

Las Vegas police said Bartlett, 32, was shot on the 3400 block of Center Drive, near East Charleston Boulevard and Palm Street. Police said they believed Bartlett was talking to a woman near the back of a building when another man approached and fired multiple rounds before running off.

Bartlett was taken to University Medical Center where he died. The Clark County coroner’s office said Bartlett died of a gunshot wound to the abdomen. His death has been ruled a homicide.

Police had not provided an update as of Monday on the search for the gunman.