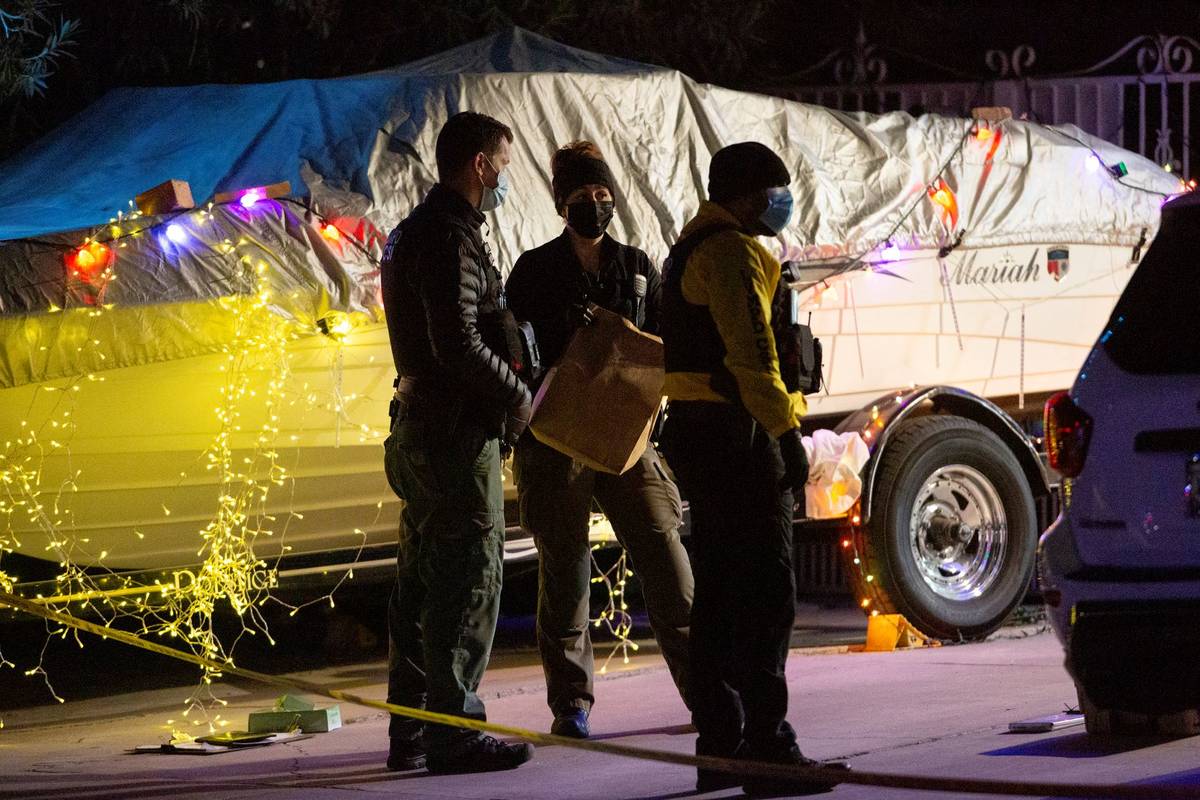 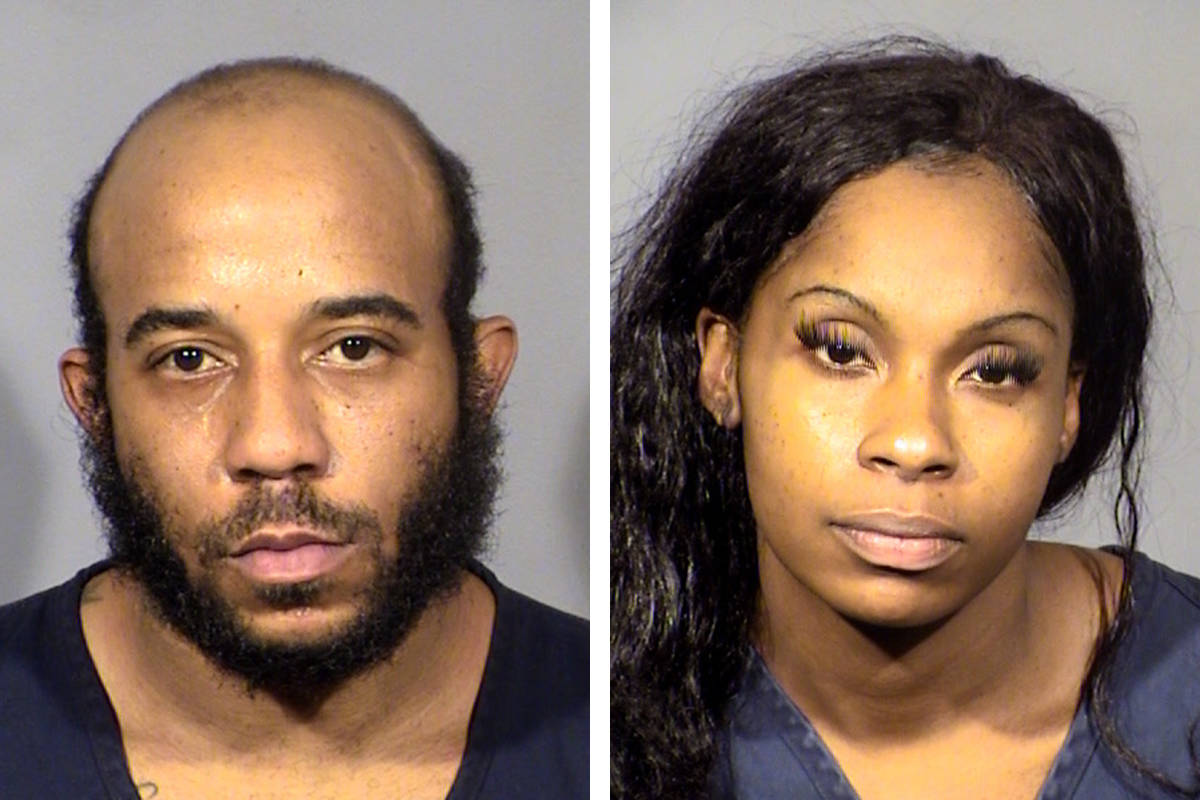 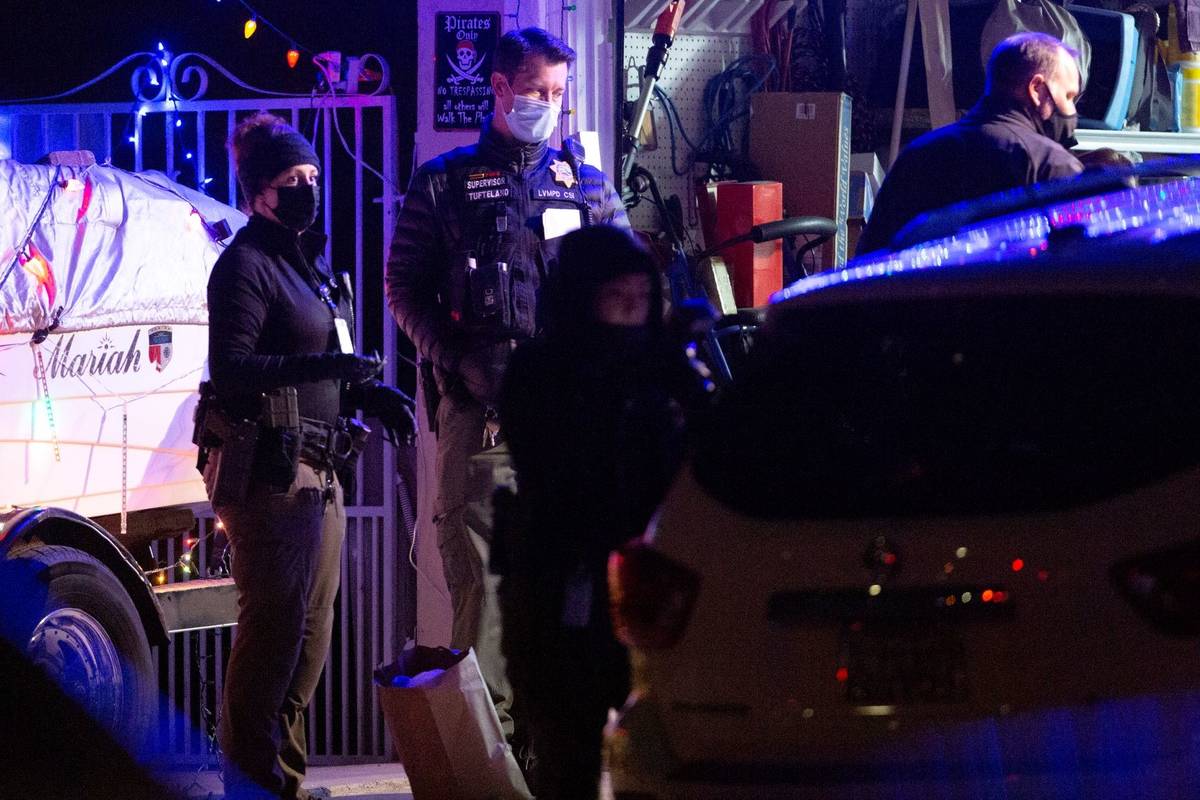 The 70-year-old man fatally shot outside his southeast Las Vegas home on Sunday night was killed after an altercation at a bar, according to a recently released arrest report.

The 70-year-old, identified by the Clark County coroner’s office as Alan Bondelid, was shot once in the abdomen and punched before the suspect, 36-year-old Otis Buchanan, fled the scene, the report said.

Surveillance footage showed that Bondelid spent his evening at Stadium Saloon and Laundry, 6016 Boulder Highway. The footage showed Buchanan and a woman, later identified as 31-year-old Dalana Smedley, approach Bondelid at the bar. They began to argue before Bondelid walked out to his car. Buchanan and Smedley followed him out and got into a dark purple Scion xB.

Police said surveillance footage of the driveway at Bondelid’s house, 4471 E. Bennett Drive, showed him arriving home around 6:33 p.m., closely followed by a dark purple Scion xB that parked on the street. When Bondelid got out of his car, Buchanan was seen approaching him and yelling, “Give me your wallet,” three times.

Bondelid was heard saying, “Oh you’re the … guy from the …” on the footage before a gunshot is heard, the report said. Buchanan yelled, “Give me your wallet,” one more time after the shooting. He then punched Bondelid before fleeing in the Scion.

When officers arrived at the home, they found Bondelid lying in the driveway with a gunshot wound to the abdomen. He was taken to Sunrise Hospital and Medical Center where he died at 7:10 p.m.

Police found one 9 mm cartridge case on the driveway and one bullet in the driver seat of Bondelid’s car.

The Scion was located in the parking lot of Stadium Saloon and Laundry around 12:45 a.m. Monday. Police performed a traffic stop on the vehicle and found four people inside, including Buchanan and Smedley.

Buchanan and Smedley both denied following Bondelid to his home and any involvement in the shooting.

The coroner’s office had not released a cause and manner of death for Bondelid as of Tuesday.