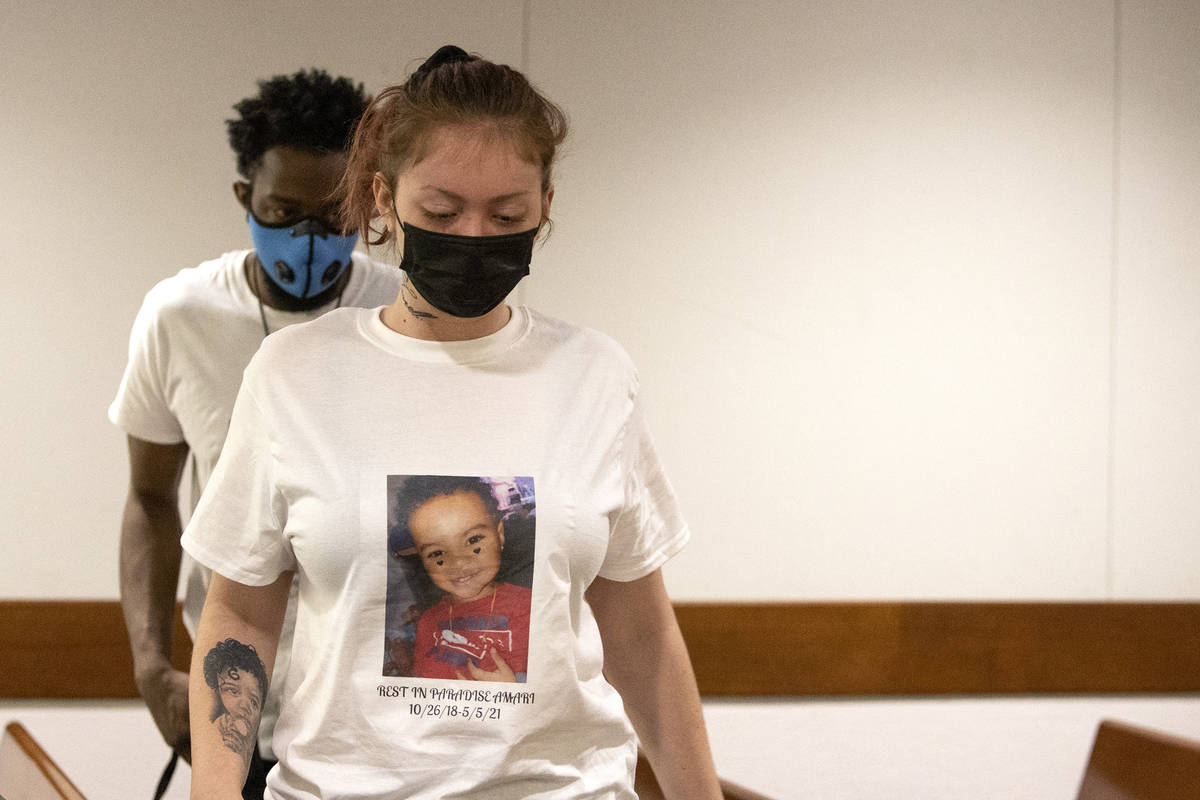 Tayler Nicholson attends a court hearing for her ex-boyfriend Terrell Rhodes, who admitted to and was charged with killing her 2-year-old son Amari Nicholson, at the Regional Justice Center on Friday, May 14, 2021 in Las Vegas. She is followed by JD Nalls, who was once Amari's stepfather. (Ellen Schmidt/Las Vegas Review-Journal) @ellenschmidttt 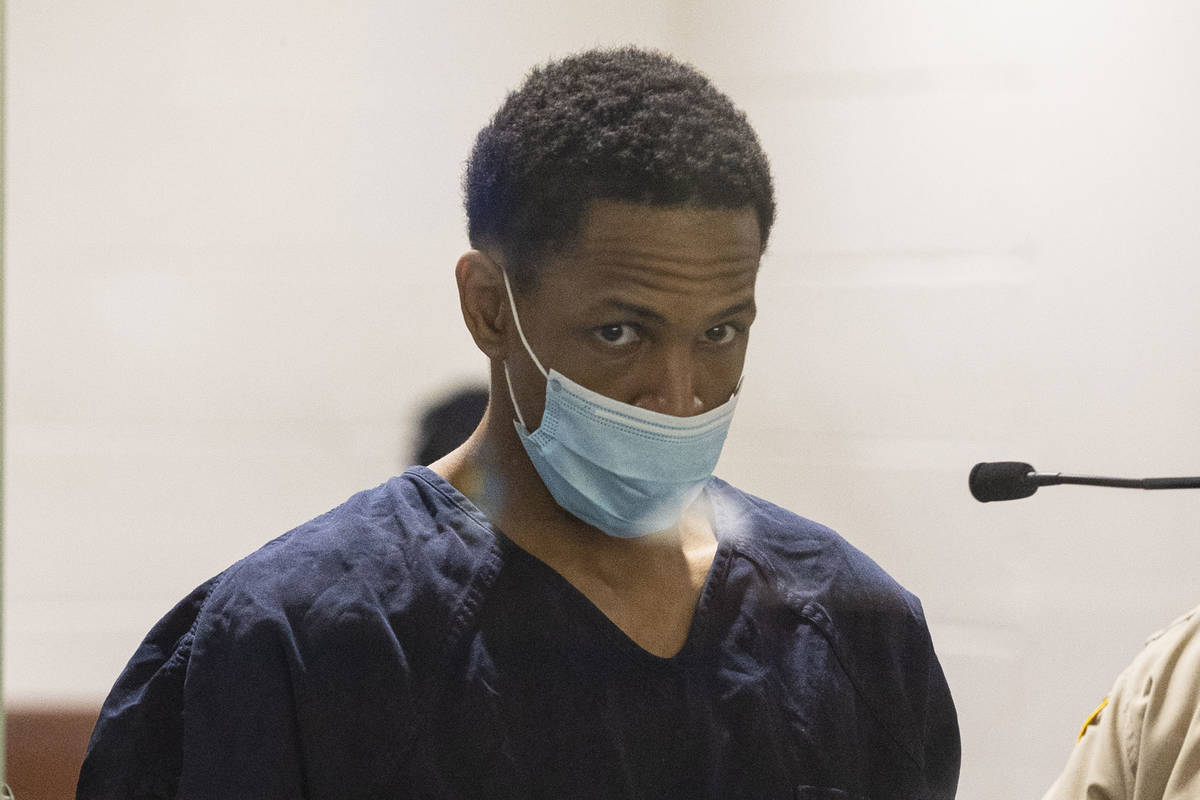 The man accused of killing toddler Amari Nicholson faces new charges after allegedly grabbing a Las Vegas police officer’s gun as he was being arrested and will remain held without bail, a judge ordered Friday.

Terrell Rhodes, 27, is charged with four counts of resisting a public officer with a firearm and four counts of assault on a protected person with the use of a deadly weapon stemming from his arrest on the murder charge.

Metropolitan Police Department Lt. Richard Meyers said Tuesday that there was an altercation while Rhodes was being taken into custody and he was “briefly able to retrieve an officer’s firearm.”

Meyers did not say if Rhodes fired any rounds from the weapon or whether anyone was injured during the arrest, noting only that the situation “was quickly de-escalated.”

Rhodes was not present for the court hearing, and a jail official told Hearing Master Daniel Westmeyer that he had a “medical issue.”

Amari, 2, vanished a week ago from the Emerald Suites apartment complex. His disappearance sparked an extensive search by police, his family and the community. Police eventually located Amari’s body Wednesday in a nearby apartment complex, hours after Rhodes was ordered held without bail.

On April 30, Amari’s mother, Tayler Nicholson, went to Colorado to assist her mother, and left Amari with Rhodes, according to his arrest report. Days before the child was reported missing, she told Rhodes that she was breaking up with him.

Rhodes eventually told police that he hit Amari after the toddler urinated in his clothes and that he was so upset he struck the child three to four times with a closed fist, the report said.

At some point, Amari turned blue and purple in the face and stopped breathing.

A Department of Family Services report released Friday said that the family had one prior allegation of abuse from June 2020, which was found unsubstantiated.

On Friday, Nicholson appeared in court wearing a white shirt with a picture of her son’s face on it. A tattoo with the name “Terrell” could be seen on the right side of her neck.

“He killed my son,” she told a court official before taking a seat at the bench.

Rhodes is expected back in court Monday morning on the murder charge.

A previous version of this story misstated the timing of an abuse allegation made against the family.