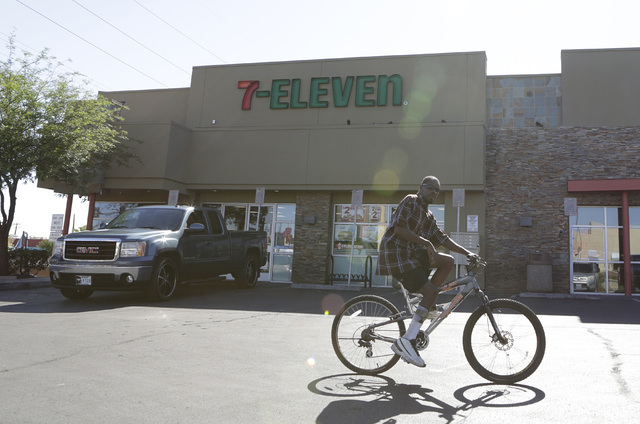 A man rides his bike through the parking lot of a 7-Eleven near 28th Street and Charleston Boulevard where a man was shot and killed early Thursday, July 7, 2016. (Bizuayehu Tesfaye/Las Vegas Review-Journal Follow @bizutesfaye) 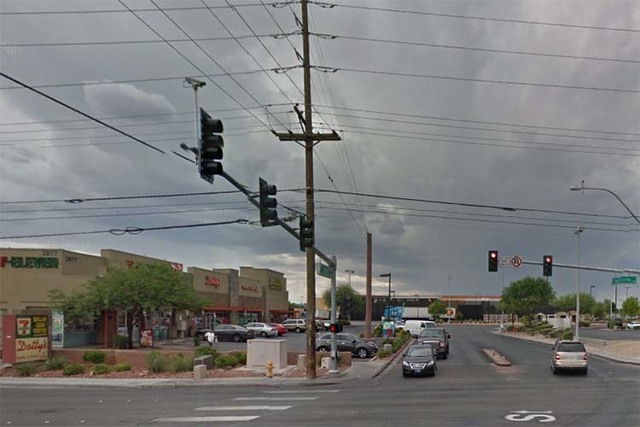 A man died after being shot in a parking lot near 28th Street and Charleston Boulevard early Thursday morning, July 7, 2016. (Google Street View)

Police were dispatched to a 7-Eleven convenience store at 2877 E. Charleston Blvd. around 2 a.m. to investigate reports of gunshots and a man down in the parking lot.

The investigation initiated by the Metro homicide section indicated the victim arrived with two other people on foot. While in the parking lot, he became involved in an argument with another man. That man pulled a gun and fired at the victim several times, striking him.

Police said the wounded man, described as in his 20s, was taken to University Medical Center, where he died. He was not armed.

No arrests have been made in this case, and the motive is unknown.