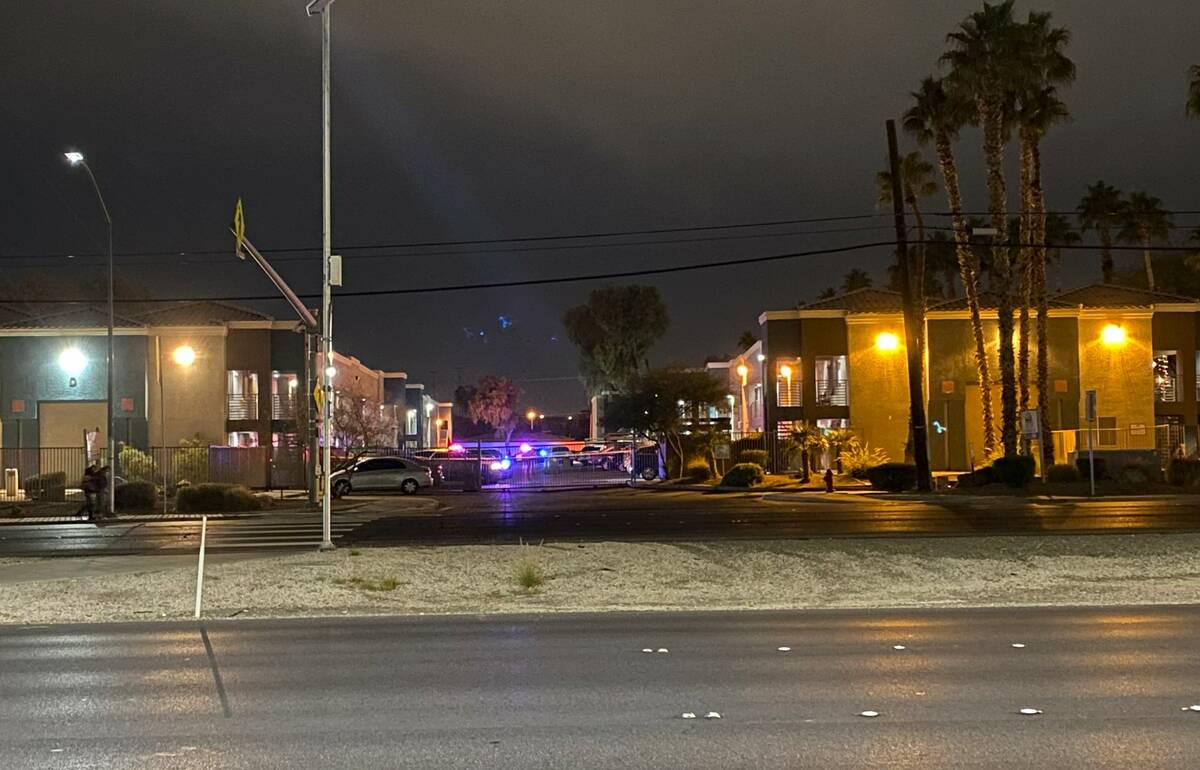 Las Vegas police were investigating a homicide at an apartment complex in the 4300 block of Boulder Highway on Friday, Dec. 2, 2022 (David Wilson/Las Vegas Review-Journal)

At around 7:20 p.m. police responded to an apartment complex in the 4300 block of Boulder Highway after a man in his 60s called 911 saying he had stabbed another man but that he had done so in self-defense, according to Metropolitan Police Department Lt. Jason Johansson.

Police took the man who called 911 into custody and found a man in his 60s who had been stabbed inside an apartment. The man died on scene, according to Johansson.

He said both men were in the victim’s apartment when an altercation started that resulted in one man stabbing the other.

“What we’re being told is they might have had a relationship in the apartment complex of not liking one another,” Johansson said.

He said it was too early to say whether the man in custody would be facing charges or whether the victim was armed during the altercation.