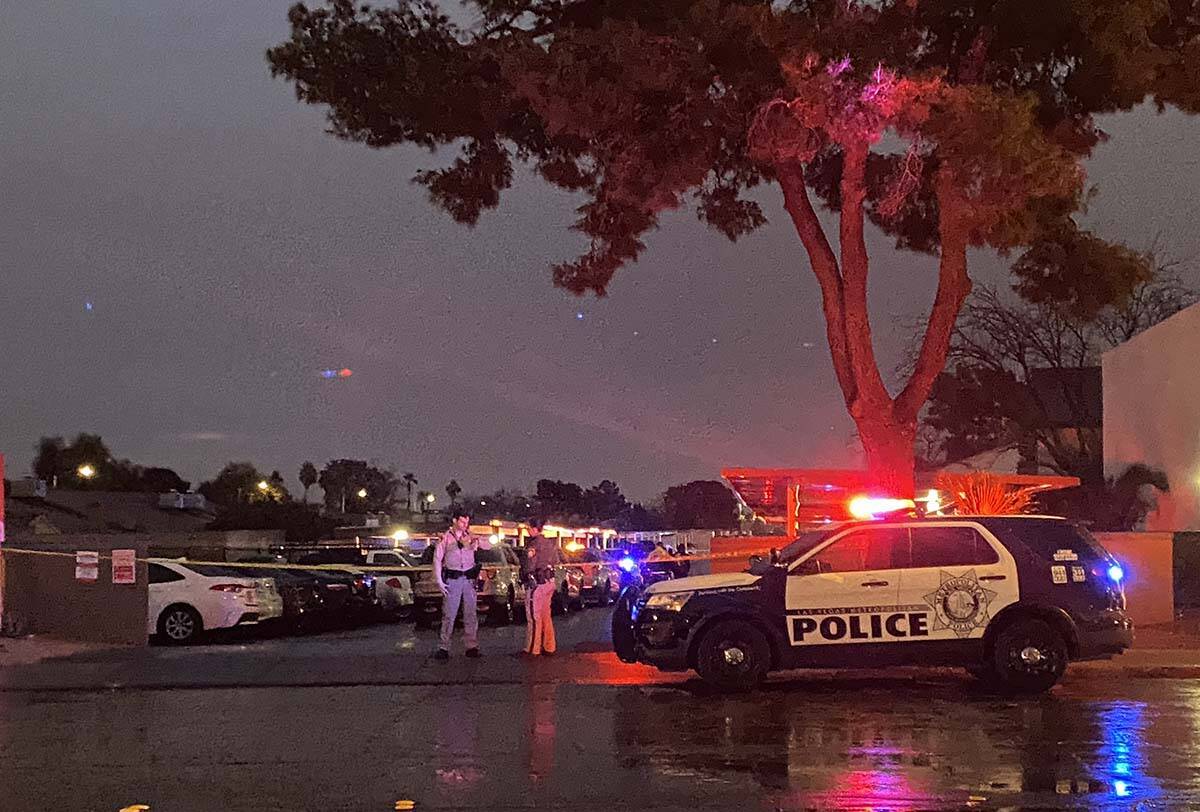 Homicide investigators are investigating the shooting of an individual found dead in a vehicle at an apartment complex at Tropicana and Spencer. (Glenn Puit / Las Vegas Review-Journal)

Valenta said a 26-year-old man was found dead with multiple gunshot wounds in the driver’s seat of his car which was parked at an apartment complex in the area.

Investigators had no suspect description or information on a motive, but Valenta said the shooting appeared to be targeted.

“This is the third homicide in the last 24 hours,” Valenta said. “But that’s also coming off of two weeks with no homicides. It comes and goes, hopefully it will quiet down after this.”

On Monday, a man was found shot to death in the doorway of a home near West Pebble Road and South El Capitan Way. Later in the day, another man was killed after an argument outside a home in central Las Vegas.

The victims all are expected to be identified by the Clark County coroner’s office after their family is notified.