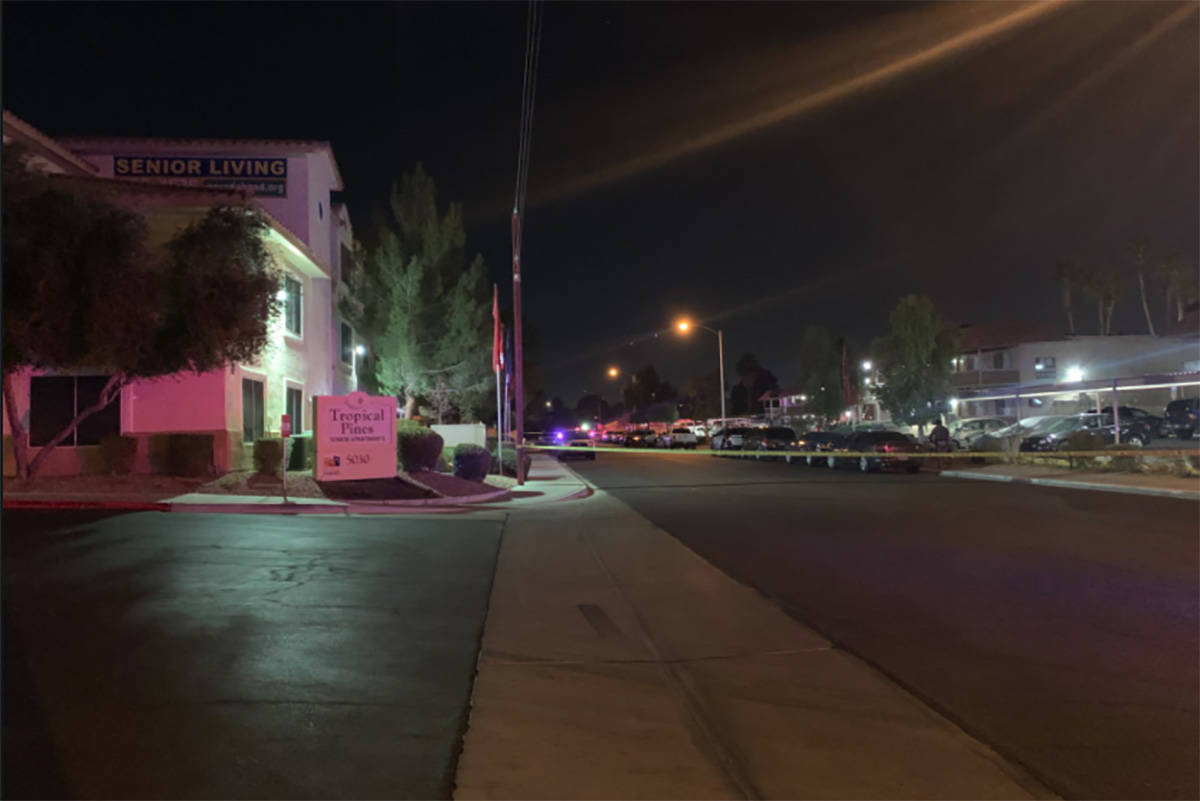 Las Vegas police are investigating a homicide Friday, Dec. 25, 2020, on the 5000 block of Jeffreys Street near off Tropicana Avenue. (Sabrina Schnur/Las Vegas Review-Journal)

The Clark County coroner’s office has identified the man killed in a Christmas night shooting in the central valley.

David McMilliam, 45, died of a gunshot wound to the abdomen, and his death was ruled a homicide, the coroner’s office said.

Police were called to the Reno Villas apartments, 5055 Jeffreys St., at 10:30 p.m. Friday after ShotSpotter technology detected gunshots and multiple neighbors called to report a shooting. Police said they found a man in his 30s in the breezeway between apartments with a single gunshot wound.

Anyone with information about the shooting may contact the Metropolitan Police Department at 702-828-3521.