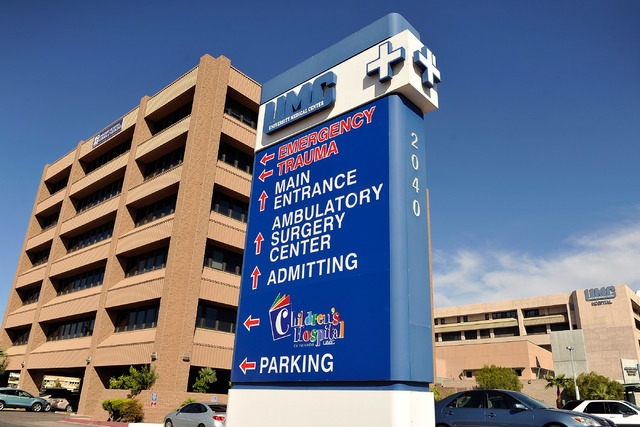 The man was taken to the University Medical Center where he was pronounced dead. (Las Vegas Review-Journal)

Las Vegas Police are investigating a hit and run and DUI crash in the southwest valley that left one person dead Saturday night.

A 40- to 50-year-old man was driving a scooter on Russell Road, near Rainbow Boulevard, when the driver of a Toyota Sequoia who was travelling behind him crashed into the back of the scooter.

The man and his scooter were pushed over 175 feet before coming to a stop. The man was then hit by another car, possibly a Nissan Sentra, which left the scene.

The man was taken to the University Medical Center where he was pronounced dead.

The driver of the Toyota, 19-year-old Adrian Arriaga-Andrade, failed field sobriety tests and was arrested at the scene for one charge of driving under the influence resulting in death.

Anyone with information about the vehicle that fled the scene can call Metro’s accident investigation section at 702-828-3786 or Crime Stoppers at 702-385-5555.