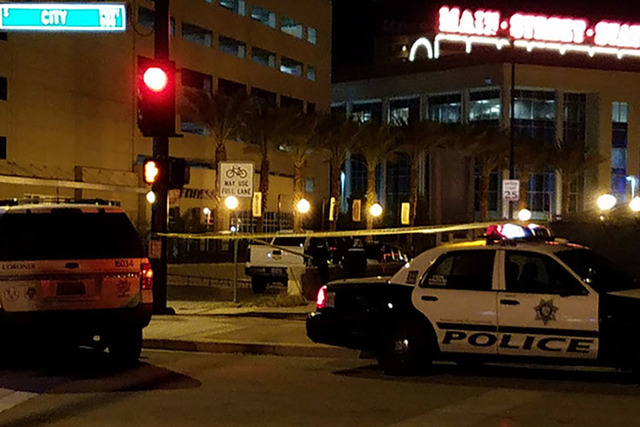 The man found dead near downtown Las Vegas this week was identified Friday by the Clark County coroner’s office, which also confirmed his death as a homicide.

Daniel Aldape, 46, was found dead near the southeast corner of Ogden Avenue and City Parkway about 12:30 a.m. Wednesday.The cause of Aldape’s death was blunt force head trauma, the coroner’s office said.

Aldape may have been homeless and living in the area, according to the Metropolitan Police Department.

A suspect has not been identified, police said.