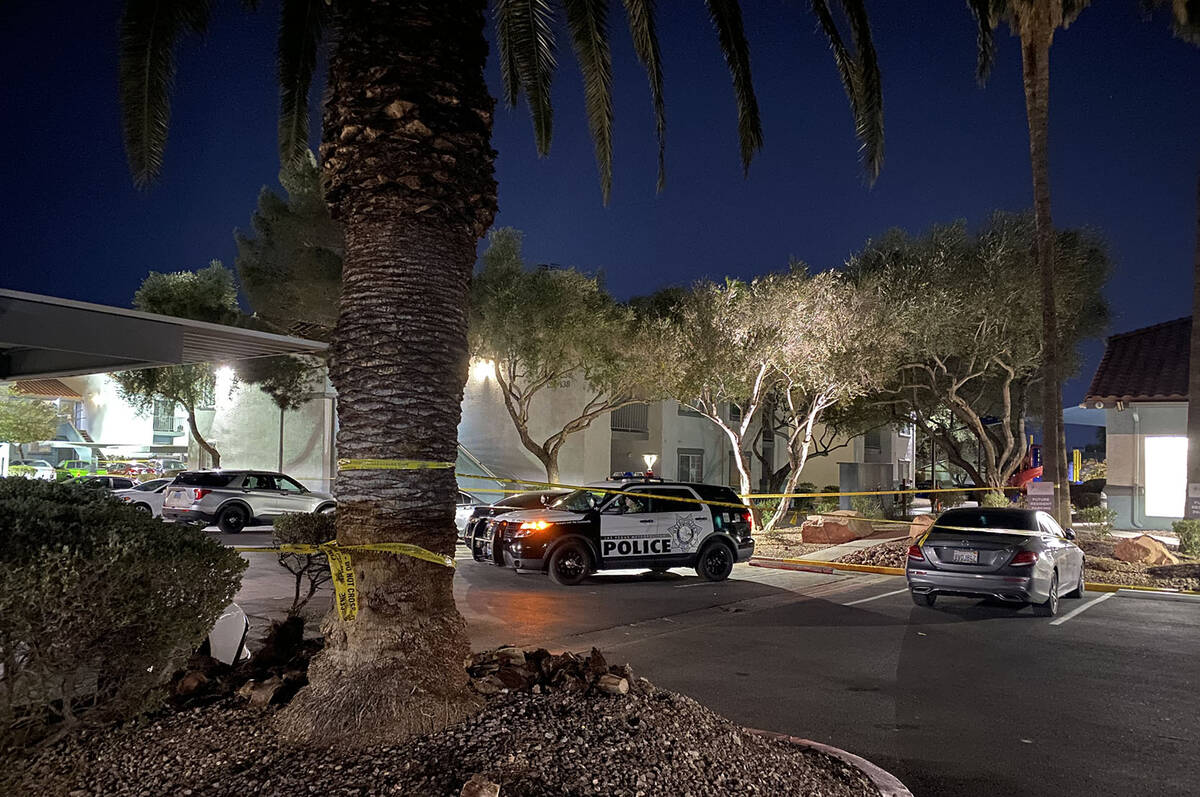 A man killed in a shooting outside a northeast Las Vegas apartment complex has been identified as a 30-year-old North Las Vegas man.

Darrion Walker died Friday night at University Medical Center after he was shot in the back, according to the Clark County coroner’s office.

Walker was one of two men who were shot at about 7:30 p.m. at the Agave Ridge apartment homes at 4521 E. Bonanza Road, east of North Lamb Boulevard.

The other victim, a man in his 20s, was also taken to University Medical Center and was in stable condition as of Saturday, according to a Metropolitan Police Department news release.

Johannson said that the men were shot by another man who pulled out a gun during an argument and that police believe the three men knew one another.

The shooter was last seen leaving the scene in a dark-colored sedan, according to police.