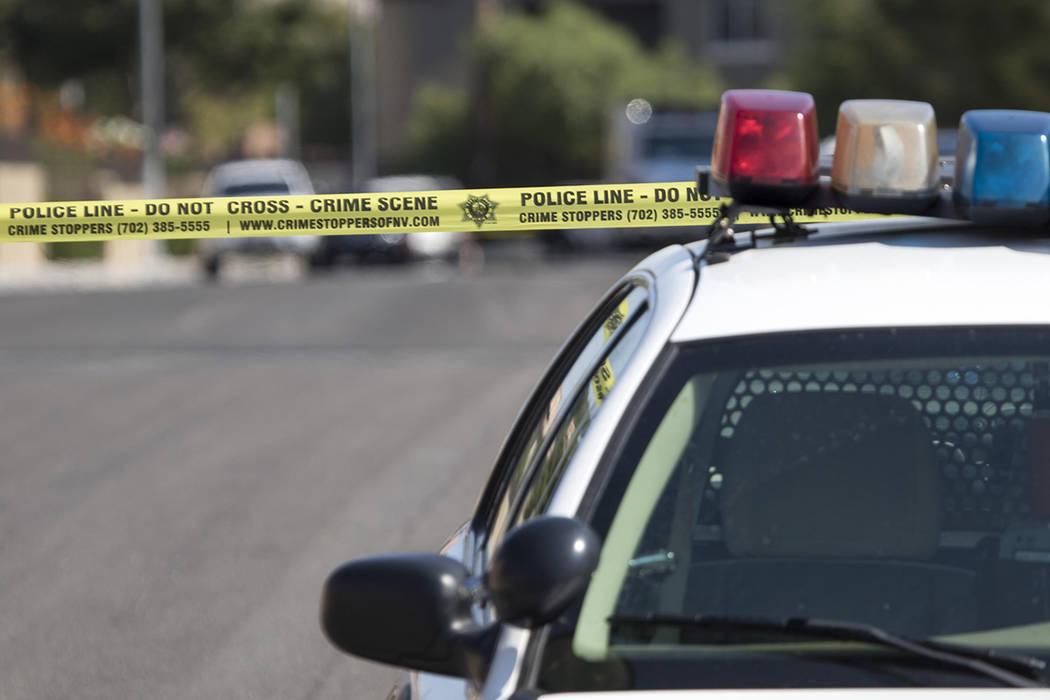 A man was shot and killed Saturday night in the central Las Vegas Valley.

Police were called around 7:45 p.m. to the 2700 block of East Bonanza Road, near North Eastern Avenue, according to a Metropolitan Police Department news release.

When authorities arrived, they found a man who had been shot multiple times. He was rushed to University Medical Center, where he later died.

Police said the victim was working on his vehicle in the parking lot of the complex when he was approached by three men.

“An argument ensued between the three males and the victim. At some point one of the suspects produced a handgun and fired several rounds at the victim,” the release said.

The identity of the victim and cause of death will be released by the Clark County coroner’s office, according to the release.