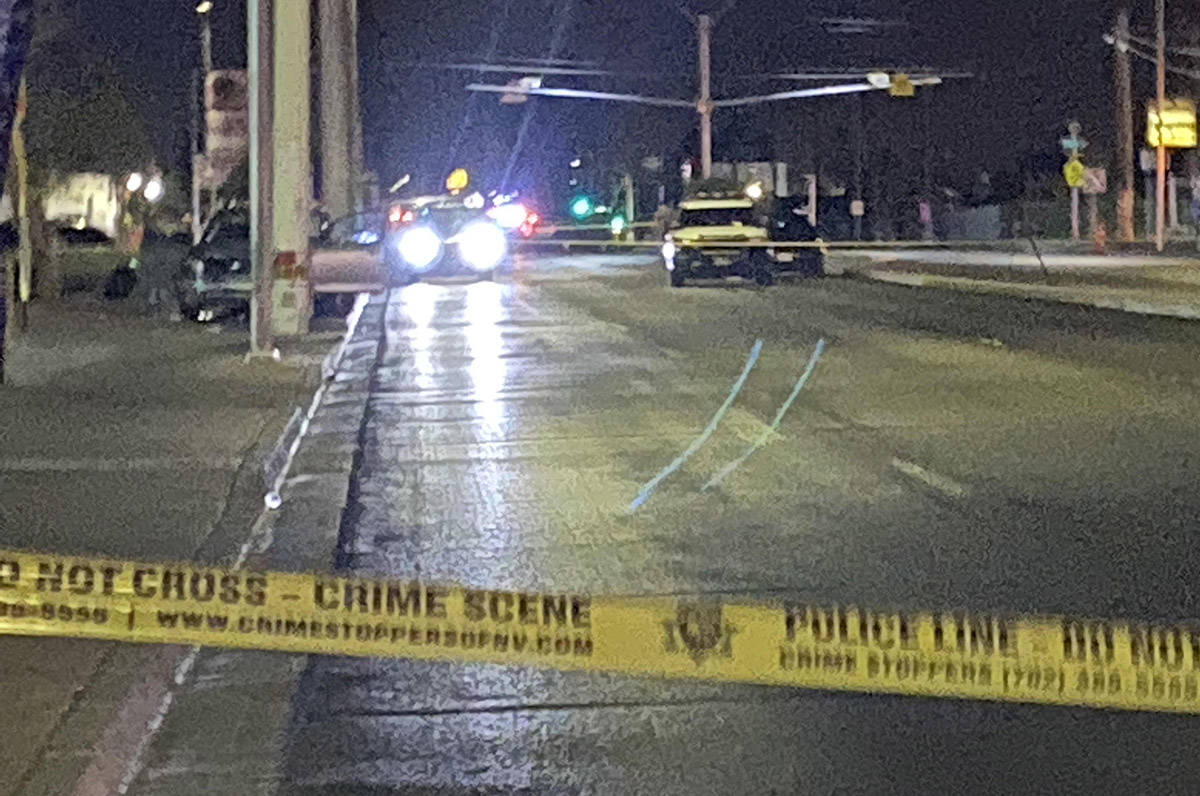 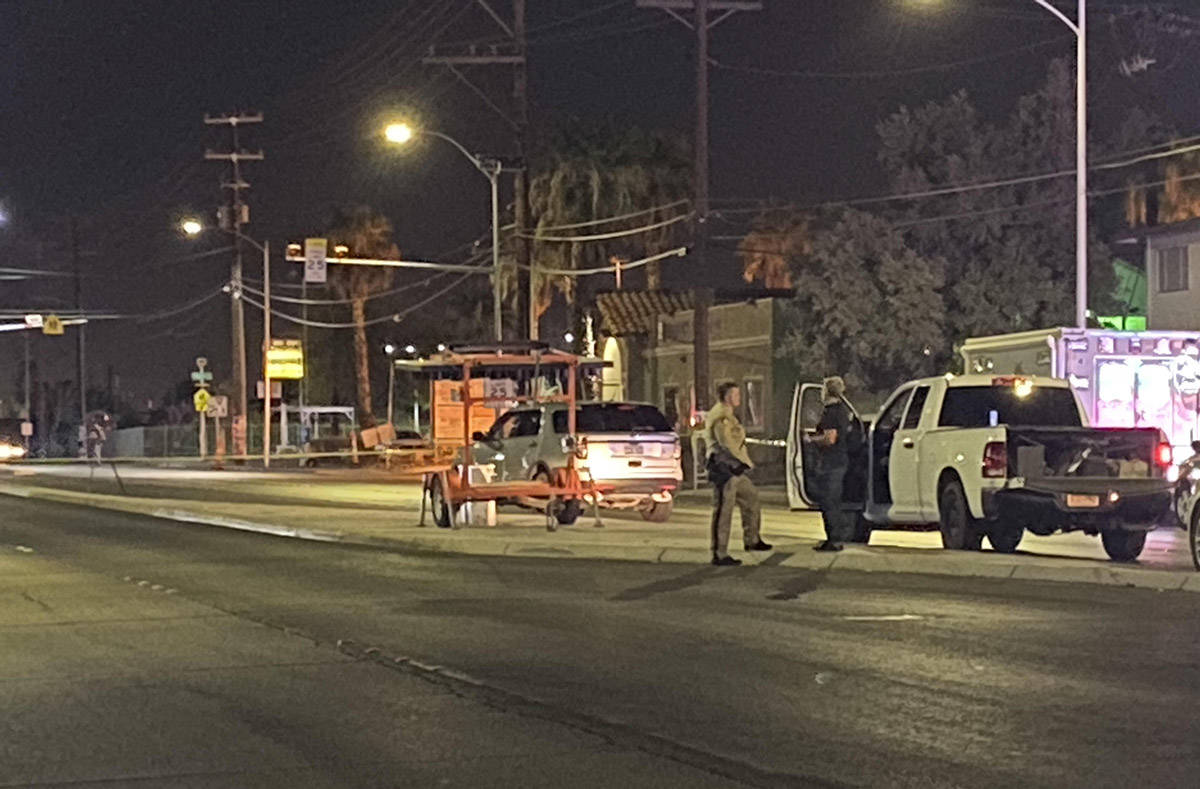 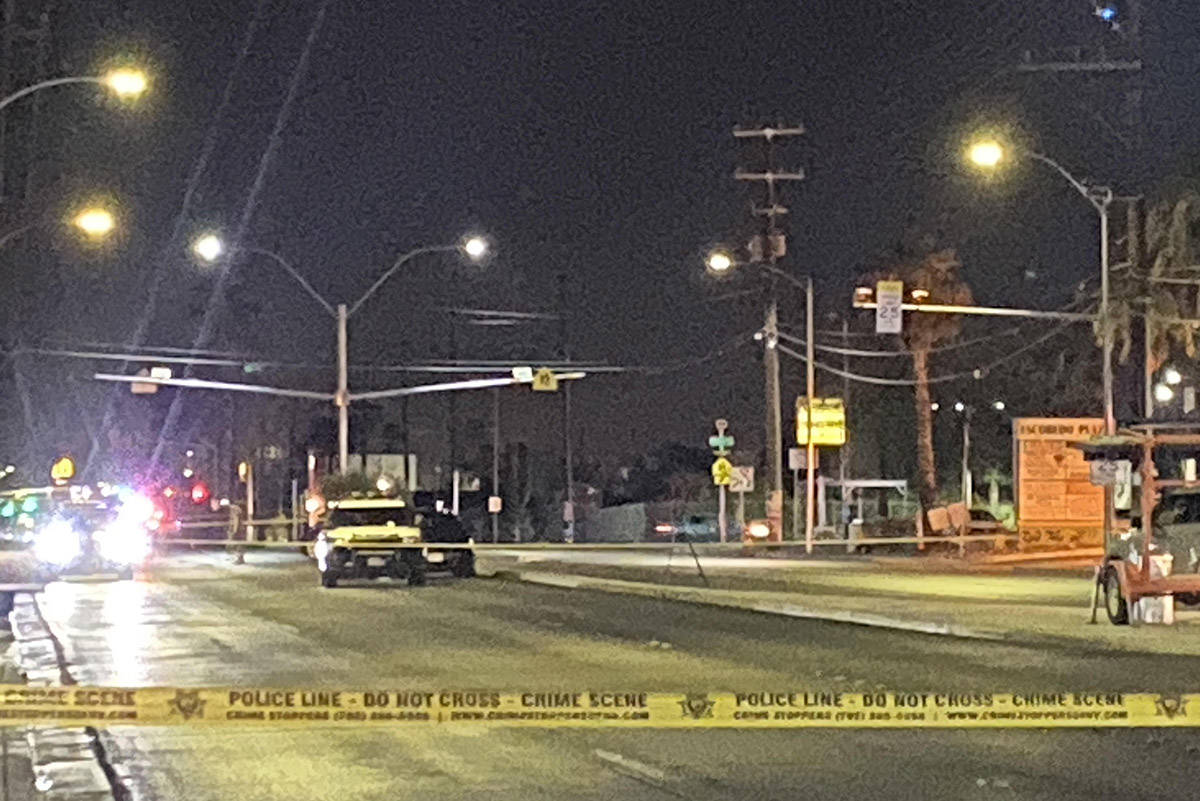 A gunman dressed in black fatally shot two people as they sat in a vehicle early Wednesday in central Las Vegas.

The victims were in a vehicle on East McWilliams Avenue when the gunman approached on foot, Las Vegas police homicide Sgt. Jon Scott said.

When police arrived, they found a silver SUV that had hit a wall with a man sitting inside dead from apparent gunshot wounds. A woman, also suffering from gunshot wounds, was taken to University Medical Center trauma center, where she later died, according to a statement Wednesday afternoon from Las Vegas police.

Police believe the shooting happened on McWilliams and that one of the victims drove the vehicle to Eastern before becoming incapacitated by injuries, Scott said.

A small sport utility vehicle was observed on Eastern, near Bonanza Road, with front-end damage.

“The victims and suspect had a conversation and as the victims drove away, the suspect fired several rounds striking them. The victim’s vehicle continued to drive forward until it collided into a wall. The suspect fled on foot prior to police arrival,” police said.

Anyone with information about the shooting is encouraged to call police at 702-828-3521.