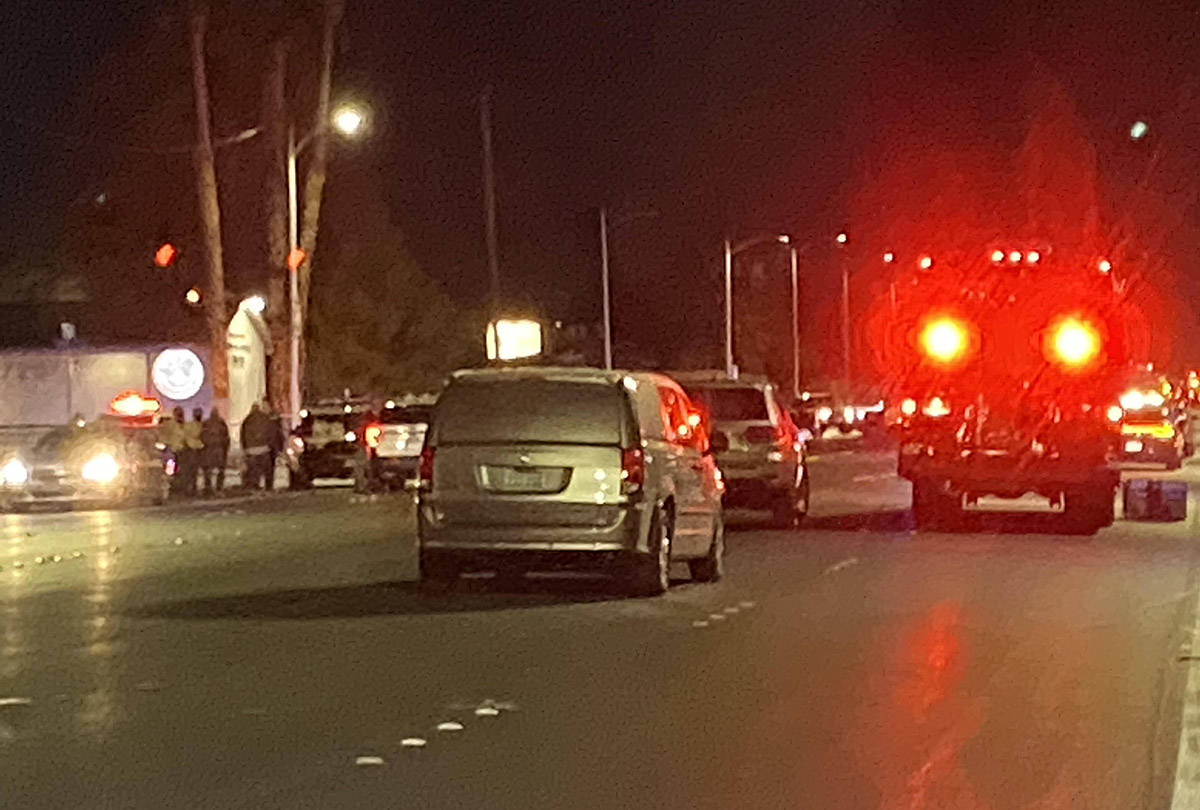 Las Vegas Police are at the scene of a fatal officer-involved shooting on the 2500 block of North Pecos Road in northeast Las Vegas, Oct. 27, 2020. (Glenn Puit/Las Vegas Review-Journal)

The officers were assigned to the gangs vice bureau, according to a news release from the Metropolitan Police Department. They are Sgt. Steven Perry, 52; Detective Eric Stafford, 35; Detective Solon McGill, 41; and Detective Julien Pappas, 31. They have been with the Metro since 1999, 2008, 2013 and 2014, respectively.

They will be on leave pending the outcome of a review of the case.

Assistant Sheriff Chris Jones said the victim, 34-year-old Maurice Parker, was shot by police on Oct. 27 at a convenience store on the 2500 block of North Pecos Road, near East Carey Avenue.

He was shot by detectives who went to the business to follow up on a shooting that occurred earlier in the evening, which Jones said he believes was narcotics-related. Parker is believed to have fired multiple shots into a car, but no one was injured.

Witnesses at the scene of the earlier shooting helped identify Parker, as well as forensic evidence linking shell casings at the scene to the gun Parker had with him.

Parker initially complied with police when they told him to put his hands in the air, but reached for a handgun he had in his waistband about 30 seconds later, surveillance footage from the convenience store showed.

The officers then fired at him. Jones said Perry and Stafford fired one round each, Pappas fired eight rounds and McGill fired three rounds.

Parker died at the scene from a gunshot wound, according to the Clark County coroner’s office on Monday. His death has been ruled a homicide. 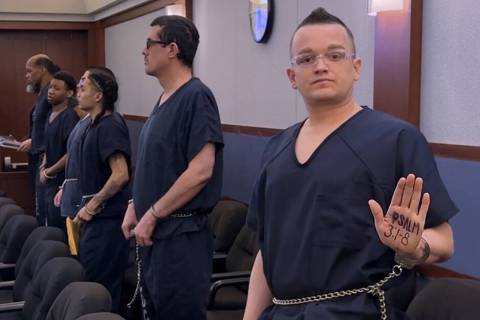 A trial for Brandon Toseland, a man accused of killing his girlfriend’s 4-year-old son, has been postponed for nearly a year.

Jason Spellman, 38, was arrested Sunday and booked on a charge of murder with a deadly weapon, according to the Metropolitan Police Department.