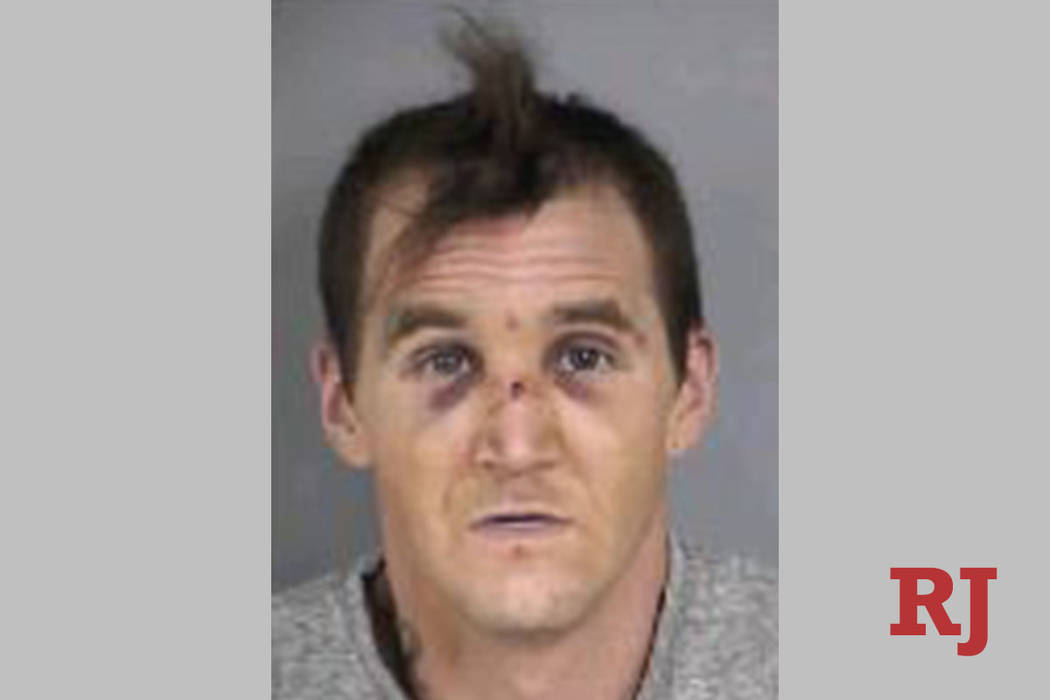 North Las Vegas police last week arrested 33-year-old Christopher Kidd after he allegedly fatally stabbed a man during a fight over Kidd selling “bad meth” that turned out to be bath salts.

The North Las Vegas Police Department reported the incident Thursday after an inquiry from the Review-Journal. Its officers were called just after midnight Nov. 5 on a report of an injured person at a home on the 1800 block of Harvard Street, near North Fifth Street and Las Vegas Boulevard North. They found a man suffering from an apparent stab wound.

The man, 26-year-old Antoine Anthony Gorum, was taken to University Medical Center, where he died. His death was ruled a homicide from stab wounds of the chest, the Clark County coroner’s office said Thursday.

Detectives determined that Gorum and Kidd got into a fight when Gorum was stabbed. Kidd ran before police arrived, police spokesman Eric Leavitt said in an email Thursday.

According to Kidd’s arrest report, Kidd, who goes by the nickname “Chewy,” sold bath salts to someone who believed he was purchasing methamphetamine. Bath salts, which resemble Epsom salts, can be misused as a synthetic drug.

Just before midnight on Nov. 5, Kidd was confronted by Gorum and another man about the fake methamphetamine.

The names of everyone involved in the fight were redacted from the report except for Kidd’s. It was unclear whether Gorum was the man to whom Kidd sold the bath salts.

Before the argument, one man said, “Hey, Chewy, can we talk to you over the dope that you sold us?” the report said. Kidd later told detectives he owed someone $40 “for some bad meth.”

The argument turned into a fight, during which one man punched Kidd twice in the face. Kidd hit the man with a piece of wood, and another man told police he struck Kidd with a metal tube because Kidd was holding a knife, the report said.

When detectives later asked Kidd how Gorum was fatally stabbed, Kidd said he “didn’t remember pulling out his knife.”

Two of Kidd’s friends told police that Kidd asked them to “purchase tickets for he and (redacted) to leave town,” the report said.

Police found Kidd on Nov. 6 walking with another man along Lake Mead Boulevard and Interstate 15. According to the report, Kidd was wearing a long red wig and a woman’s jacket, which he told police was a disguise.

Kidd was booked into the Las Vegas City Jail on Nov. 6 and was transferred to the Clark County Detention Center on Wednesday, jail records show. He remained at the Clark County jail on Thursday without bail, and has been charged with murder with a deadly weapon.

A status check in the case is scheduled for Nov. 26, court records show.