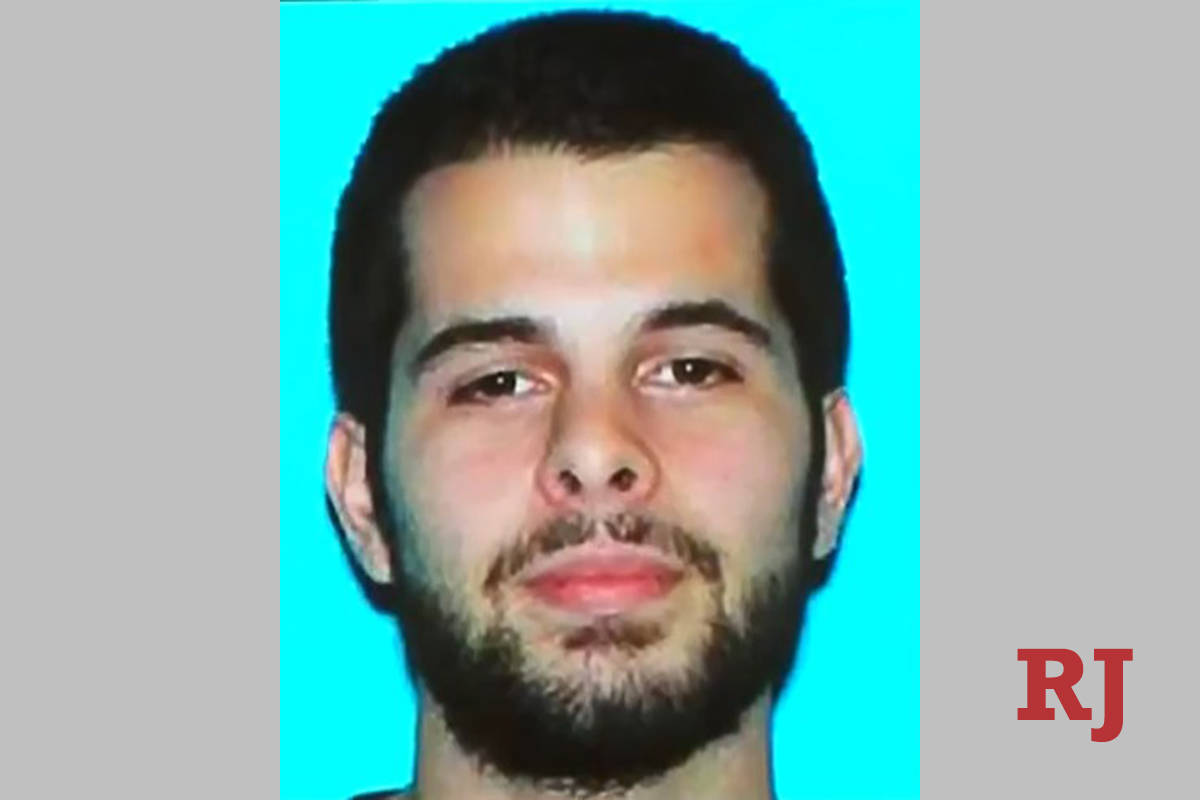 Gomez, who was armed, was killed Monday night near the Lloyd George U.S. Courthouse in downtown Las Vegas.

During a news conference Friday at Metropolitan Police Department headquarters, Jones said the four officers’ normal assignments do not require them to wear body cameras. They were among the many officers called in to help at the protest, he said.

Jones said police were still investigating Gomez, but it appeared that “he was growing increasingly, increasingly radicalized.”

He said the four officers fired 19 shots at Gomez, who had three guns on him, including a pistol modified to look like a rifle. He said Gomez also was wearing “full body armor” and a ballistics vest.

Jones said Gomez’s guns, one of which was in his backpack, were loaded. At the time of the shooting, the chamber was empty in the modified pistol.

The shooting happened after officers ordered demonstrators to leave the area in front of the courthouse. The protest was one of many that have been held in Las Vegas and across the U.S. since George Floyd died in Minneapolis police custody.

Jones said the officers were driving toward Circus Circus, where officer Shay Mikalonis had been shot “moments earlier,” when they saw Gomez running from the courthouse. Jones said they shot Gomez when they saw him raise what looked like a rifle in the direction of officers.

He said the department had not located footage of Gomez raising the weapon as of Friday afternoon.

Clark County Sheriff Joe Lombardo said previously that during an interaction with police, Gomez appeared to be reaching for a weapon, prompting police to open fire.

The Clark County coroner’s office has ruled Gomez’s death a homicide due to multiple gunshot wounds.

Before the fatal shooting, Gomez came behind a “skirmish line” of officers ordering protesters to leave and walked toward the steps of the federal courthouse, Jones said. He said officers on the courthouse steps approached him because he did not disperse.

Surveillance footage released Friday shows Gomez speaking with an officer for several moments, but it was unclear from the footage how long the conversation lasted. It also was unclear what they were talking about.

“That officer has not been interviewed yet,” Jones said during Friday’s news conference.

At some point during the interaction, the officer shot at Gomez five times with less-than-lethal beanbag rounds. Gomez started running down Las Vegas Boulevard when the four officers saw him, got out of their vehicles and confronted him.

A witness video played during the news conference showed that about 13 seconds elapsed between the time the officer began firing the beanbag rounds at Gomez and when the other officers began shooting at him.

Jones said Gomez was shot at about 11:22 p.m. It was unclear when exactly Mikalonis was shot at Circus Circus, which is about 3 miles away from the courthouse.

Mikalonis remained in critical condition Friday, and 20-year-old Edgar Samaniego is facing attempted murder and other charges in the case.

Jones said it did not appear that the officers who shot Gomez believed he was connected to Mikalonis’ shooting.

“We’re still interviewing those officers,” he said Friday. “Shay was shot a few miles down the road, so I would assume that they did not believe that.”