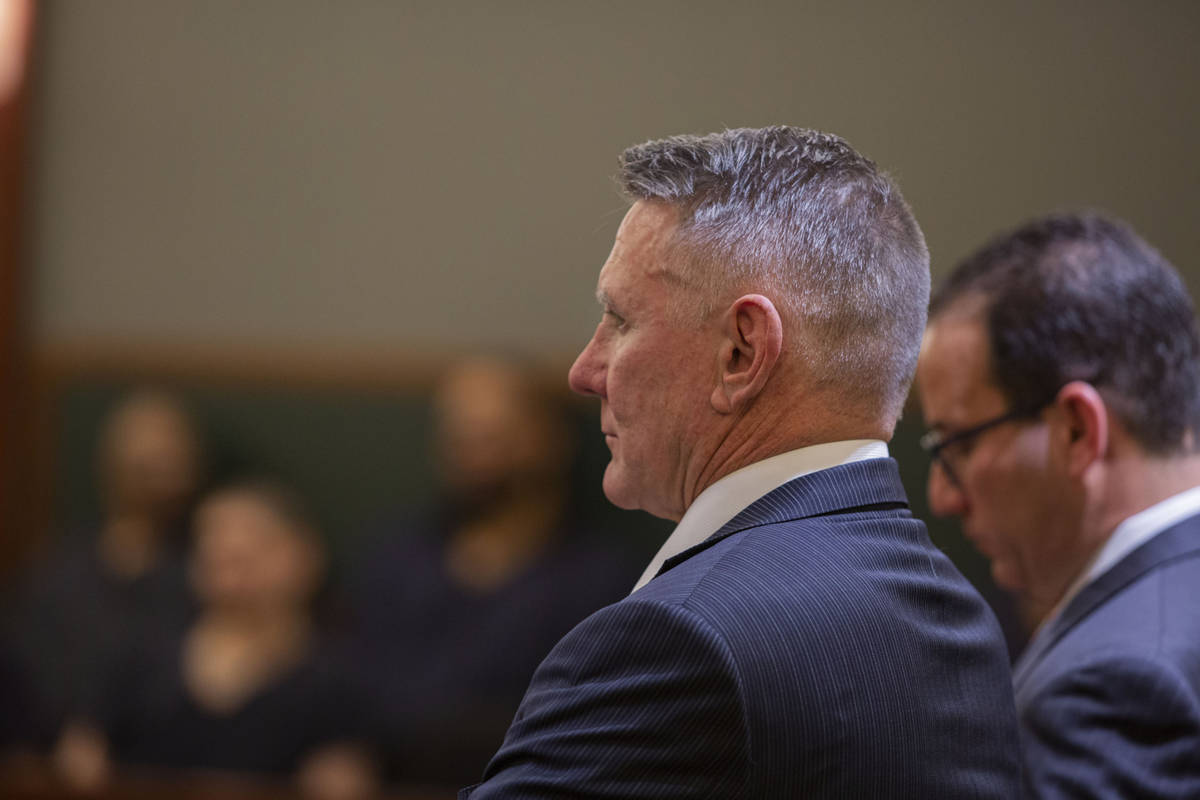 Gregory "Brent" Dennis, the psychologist accused of killing his attorney wife and staging her death as a suicide, appears in court at the Regional Justice Center in Las Vegas on Wednesday, Dec. 4, 2019 (Elizabeth Brumley / Las Vegas Review-Journal)

Pandemic restrictions have forced another delay in the murder trial for a Henderson psychologist accused of killing his attorney wife in 2015.

Last week, both prosecutors and lawyers for Gregory “Brent” Dennis said they were prepared to take the case to trial as scheduled this month. But because of the ongoing COVID-19 outbreak, Clark County District Court has not scheduled any jury trials for criminal defendants who remain out of custody.

That means the earliest a trial for Dennis would start is April, more than six years after 48-year-old Susan Winters was found dead in the couple’s home. Initially, her January 2015 death was ruled a suicide, but Dennis was arrested on one count of murder with a deadly weapon in February 2017. He has remained free on $250,000 bail for nearly the entire time that his case worked its way through the court system.

Before his trial can begin, a judge also must decide whether statements Dennis made to police could be presented to jurors.

His lawyers, Richard Schonfeld and David Chesnoff, have argued in court papers that Dennis was not read his rights when detectives questioned him the day his wife died.

About two months after Dennis’ arrest, then-Clark County Coroner John Fudenberg changed Winters’ manner of death from suicide to undetermined — a conclusion that stops short of calling her death a homicide.

Based mainly on information provided by Dennis at the time, the coroner’s office had concluded that Winters, a part-time North Las Vegas judge, killed herself on Jan. 3, 2015, by consuming a lethal amount of prescription painkillers and antifreeze.

But according to his 27-page arrest report, Dennis originally lied to police about his wife’s death and had a financial motive to kill her.

Dennis, who was dealing with a cocaine addiction that was draining his finances, stood to inherit roughly $2 million, including a $1 million life insurance policy, upon his wife’s death, according to the report.