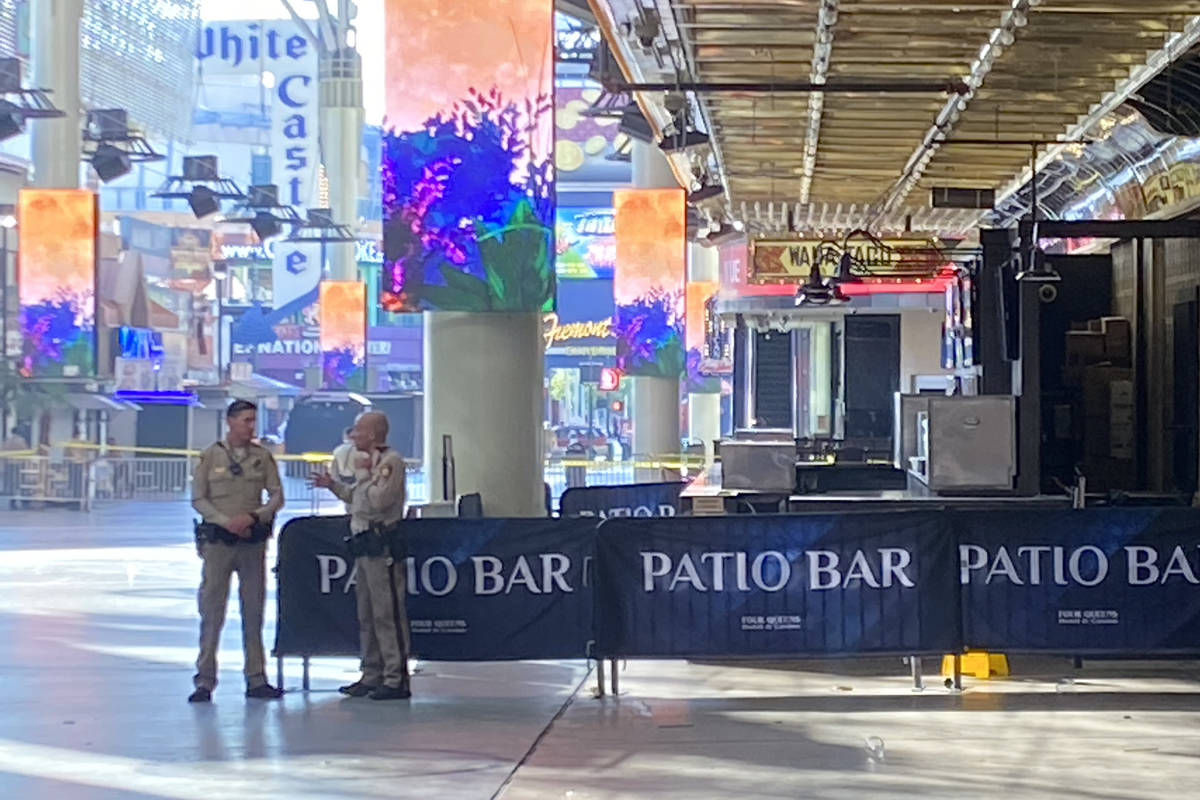 Las Vegas police were observed in front of the Four Queens and had a large area of the Fremont Street Experience taped off on Wednesday, Aug. 4, 20201. (Glenn Puit/Las Vegas Review-Journal) 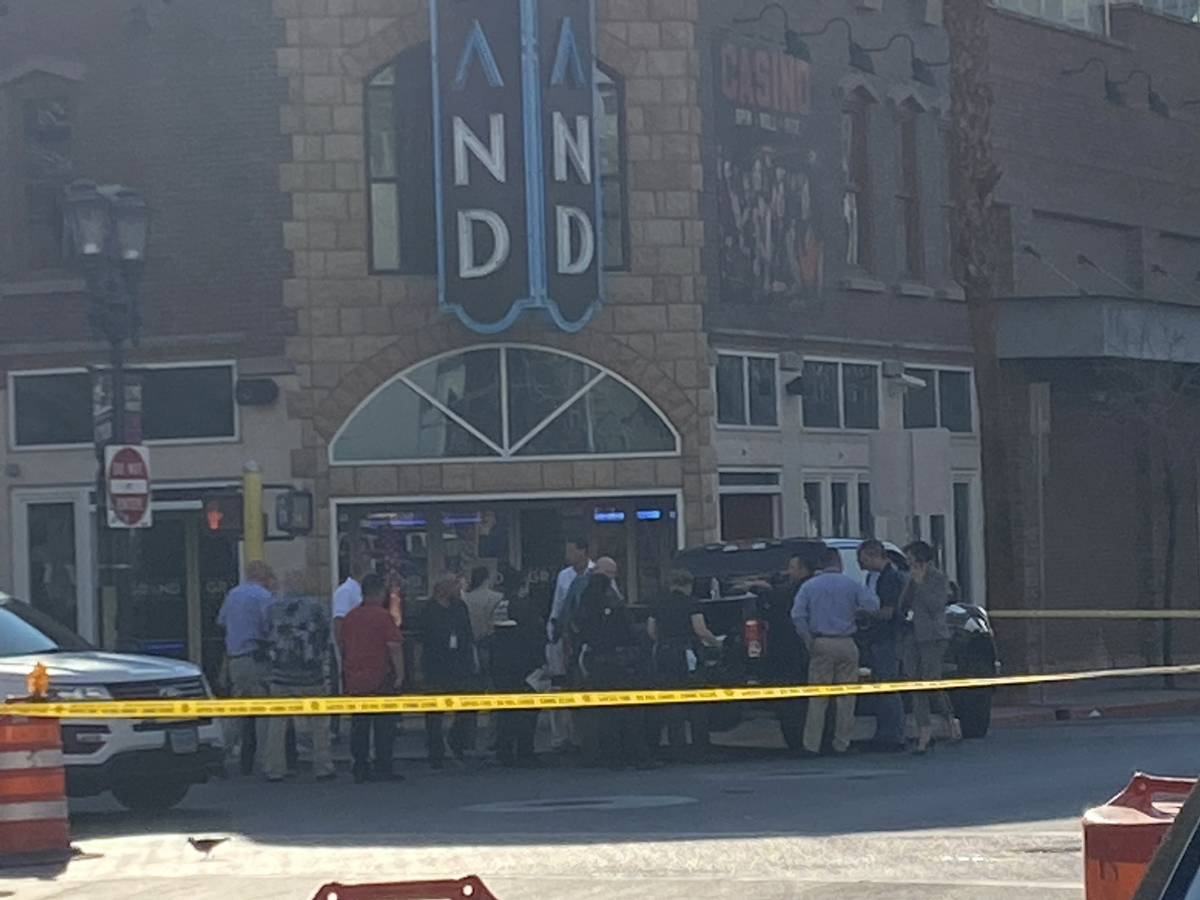 Las Vegas police were also observed in front of the Downtown Grand as they investigated a homicide that closed a portion of Fremont Street on Wednesday, Aug. 4, 2021. (Glenn Puit/Las Vegas Review-Journal)

Las Vegas police are investigating a homicide in downtown Las Vegas near the stage at the Fremont Street Experience.

Las Vegas police Lt. Ray Spencer said two men got into a fight at 3:40 a.m. at the intersection of 3rd and Fremont streets.

“During that confrontation, the suspect pulled out a handgun and shot the victim,” Spencer said.

Spencer said the shooting occurred “on Fremont directly near the stage.”

The man who was shot ran about a block and half, then collapsed. He was taken to University Medical Center where he later died.

Spencer said it did not appear the two men were guests of any downtown hotel. He said police were searching for a man in his early to mid-30s who fled the area on foot.

“We are still in the process of canvassing for video and trying to piece all that together, but he was last seen fleeing on foot,” Spencer said.

The homicide led to a closure of a large portion of downtown Las Vegas including a segment of the Fremont Street Experience.

The closure stretched from a portion of Fremont Street north along 3rd Street to Ogden Avenue.

Alicia Cook of Pahrump was staying with a friend at the Downtown Grand Hotel on 3rd Street. She went to bed at 2 a.m. Wednesday, then emerged hours later to the sight of crime scene tape and police cars blocking off 3rd Street, about a half-block from the hotel entrance.

“Came out here to go to my car and I can’t go into the garage,” Cook said. “Somebody was saying there is a homicide.”

Cook said her friend’s motorcycle was in the garage as well. As police processed the scene, she said she was simply going to hang out and maybe go to the nearby Mob Museum as she wanted for officers to reopen the street.

Police said roadways and pedestrian walkways were reopened by 9:30 a.m.