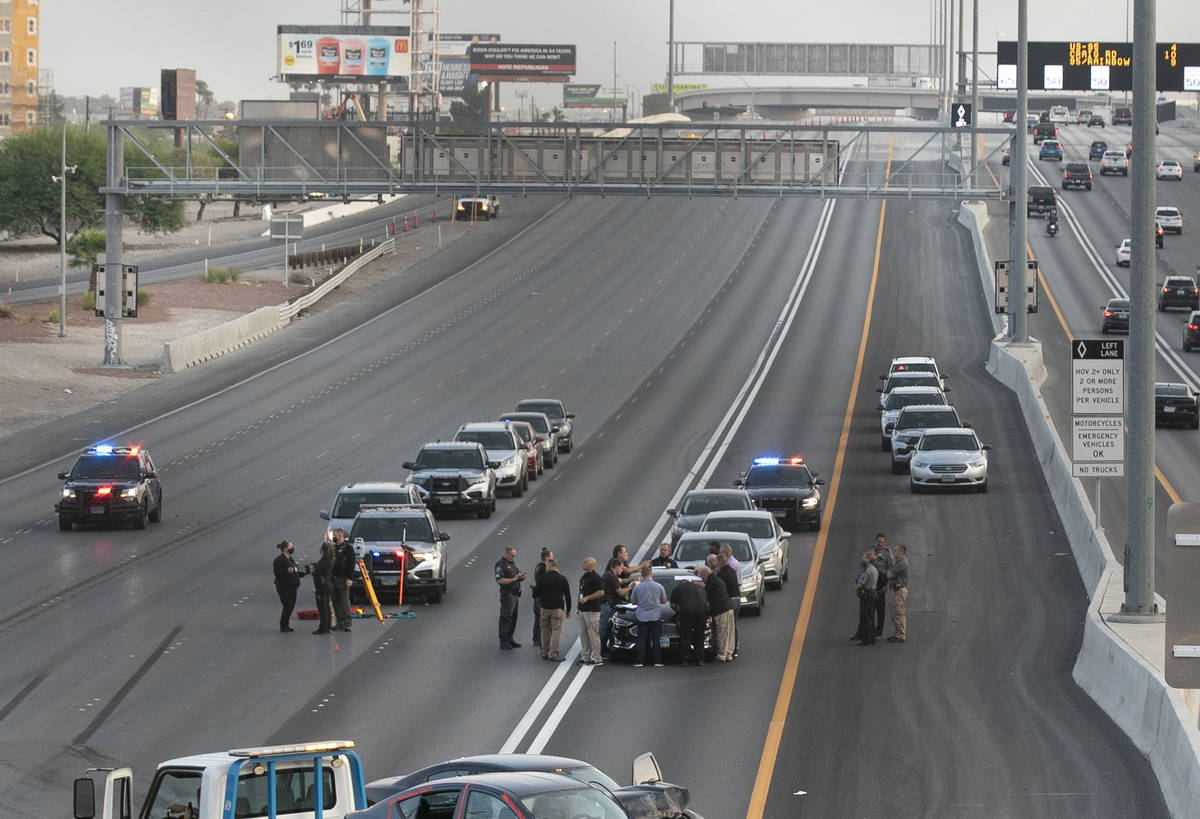 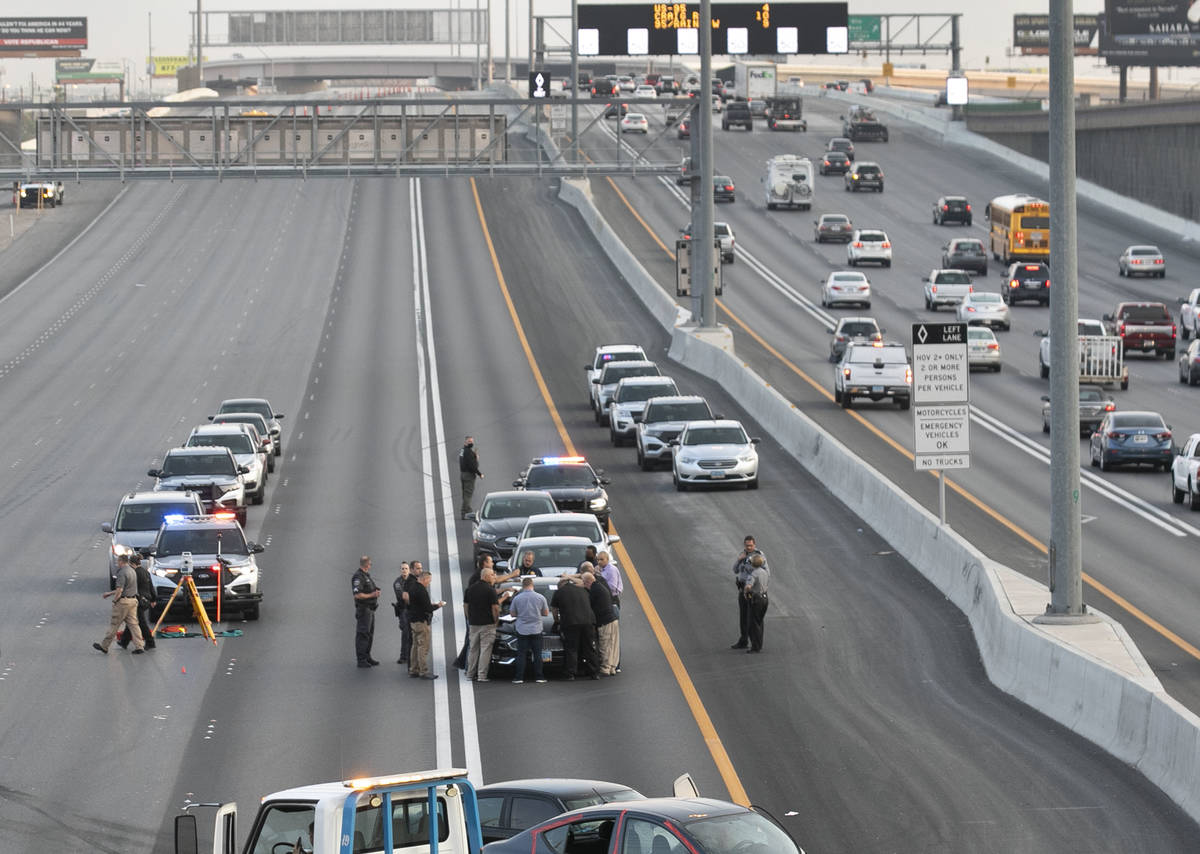 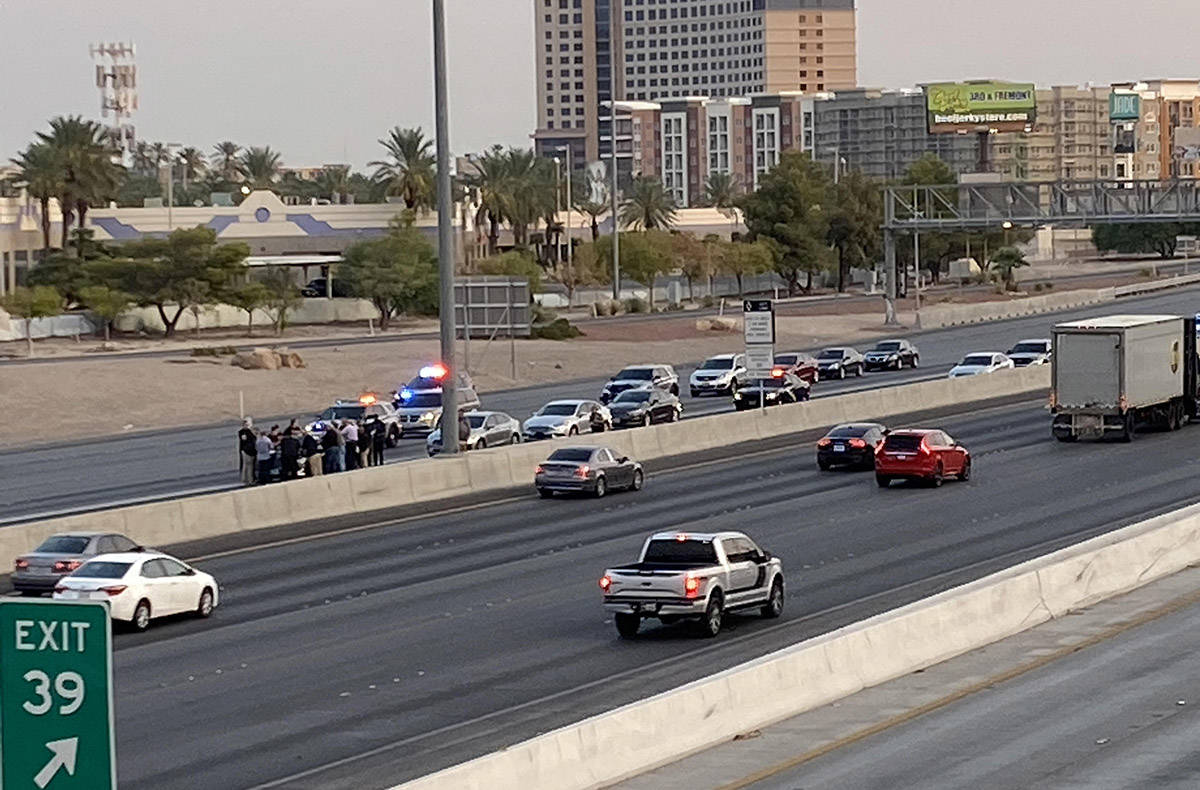 Police continue to search for clues and video evidence in the slaying of a Las Vegas woman found shot to death in her vehicle on Interstate 15 early Wednesday.

Bird died from a gunshot wound to the neck, the coroner’s office said. Blunt force injury to her chest suffered in a crash that unfolded after she was shot also contributed to her death, which has been ruled a homicide.

“It is still very active and ongoing,” Spencer said of the investigation Thursday morning. “We’ve spent the last 24 hours canvassing all up and down I-15 looking for video and pursuing any potential theory as to why the incident occurred.”

The Nevada Highway Patrol responded at 12:08 a.m. Wednesday to the scene of what was initially thought to be a two-vehicle crash in the interstate’s southbound lanes at Flamingo Road. Bird was found behind the wheel of a blue Nissan Versa. When the coroner’s office examined her body, however, it realized she had been shot.

Spencer said that after Bird was shot, her vehicle slammed into a Dodge Charger traveling south on I-15. The driver of the Charger suffered injuries and was transported to a hospital for treatment.

A resulting homicide investigation shut down the southbound lanes of I-15 for hours. Northbound lanes also were briefly closed as detectives scoured for evidence on the interstate.

Spencer said Bird was driving home from her job at a downtown casino when she was killed. He declined to identify the casino where Bird worked.

“We are not ruling out anything, but we are still actively pursuing the theory that it is a road rage incident,” Spencer said. “She was headed home after getting off of work.”

Police are asking for the public’s help in the case.

“We just urge anybody who has any potential video from dash cameras, or if you live in a high-rise such as Panorama Towers, anything that has video even from a distance that would capture the freeway, to reach out to CrimeStoppers or to reach out to us,” Spencer said. “We’ve had a lot of people who’ve reached out, a lot of people are providing information to us that we are still going through. The smallest tip could end up breaking this case.”