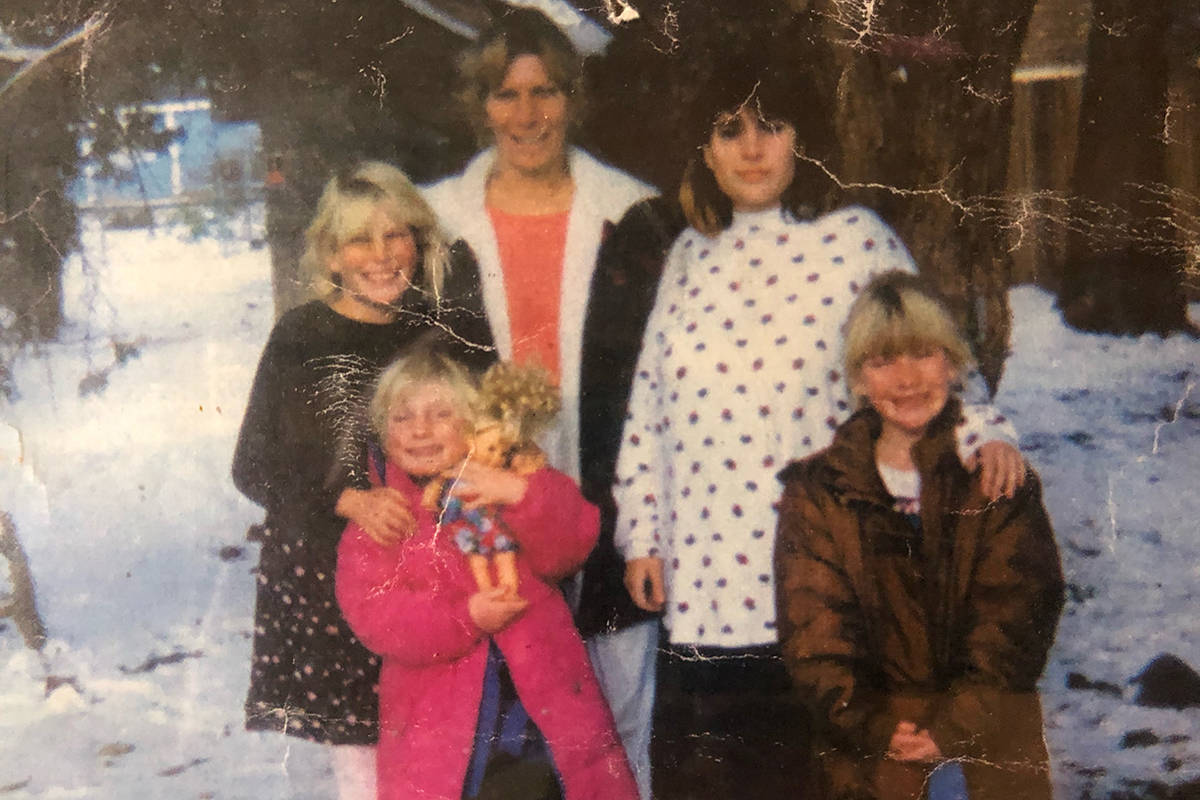 Sara Keynejad, back right, with her mother, middle, and sisters. (Courtesy of Rachael Vosika) 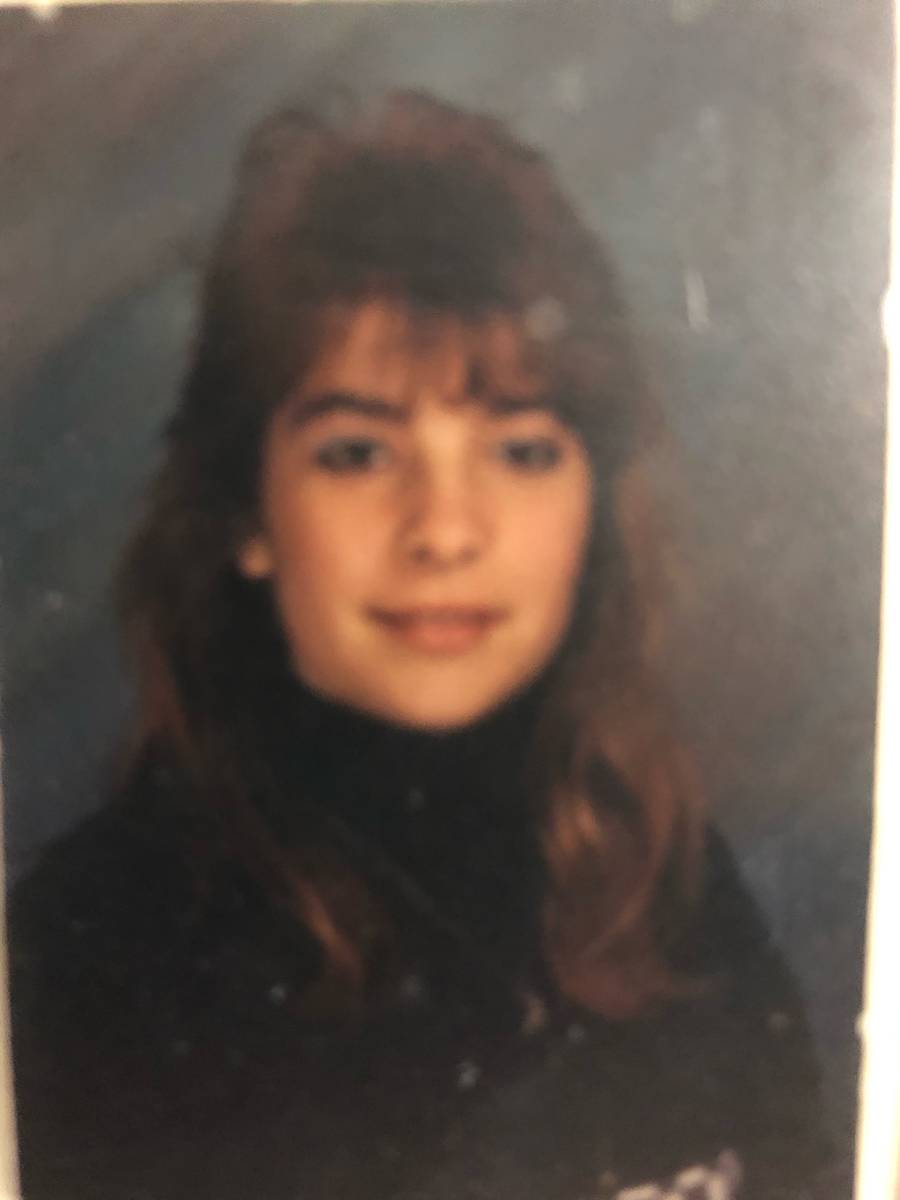 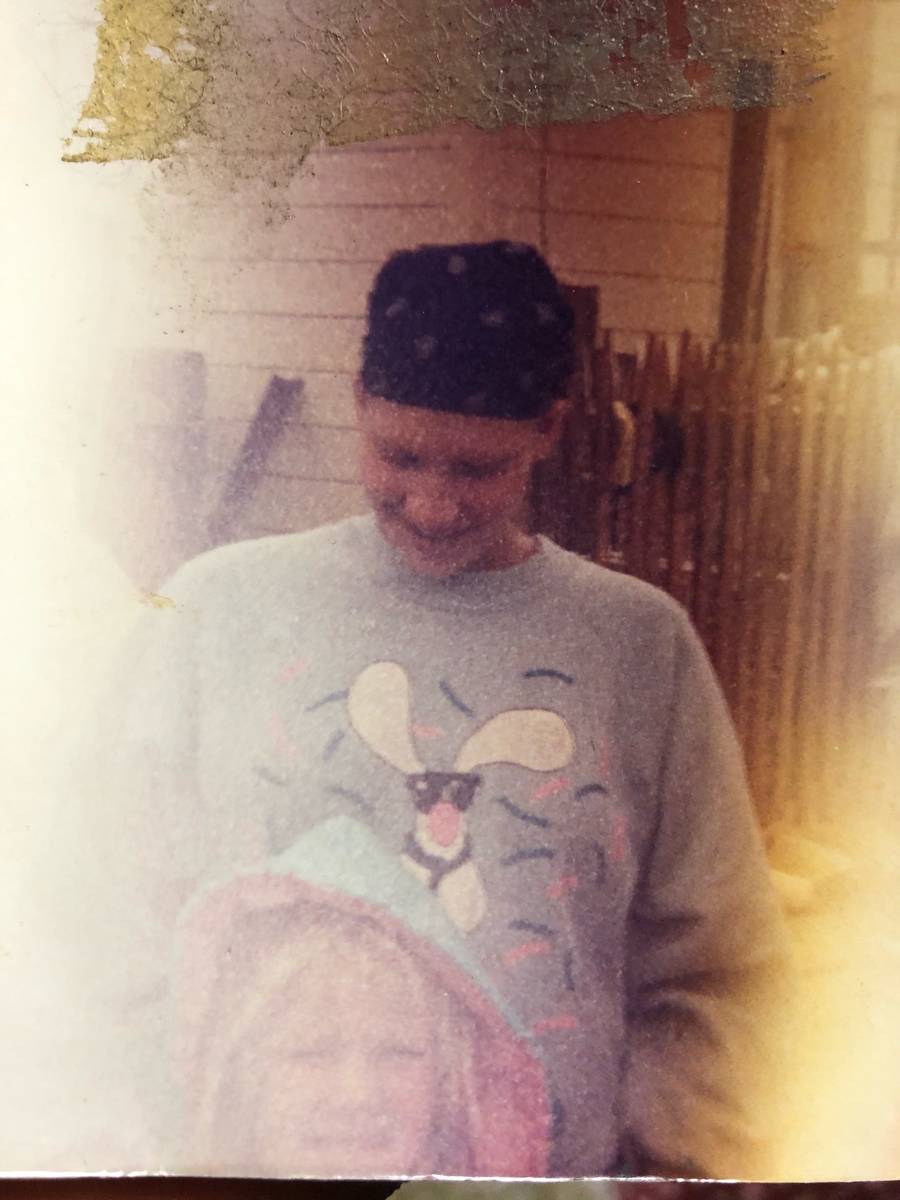 Sara Keynejad’s family drove back to Big Bear City, California, on Feb. 12, 1996, to pack and prepare for a move to Las Vegas ahead of Keynejad giving birth. The next time Keynejad’s three sisters would see the 19-year-old was when they buried her and her unborn child in Big Bear.

Keynejad was fatally shot when she was six months pregnant and waiting for her husband, Justin Snyder, to finish his shift at a 7-Eleven on Valentine’s Day 1996.

“If Sara was still around, I always wonder what my life would be like,” sister Rachael Vosika, 34, said Tuesday night in a phone interview.

Vosika was 10 years younger than Keynejad, and more than 24 years later, she still remembers her and her sister’s excitement over what would have been Vosika’s first nephew. Now, Vosika and her other two sisters, Keri and Ashlei, have named their seven kids in some tribute to either Keynejad or her baby, who would have been named Tyler Matthew.

“I was just excited, and I remember her and Justin talking about picking names,” Vosika said. “When I saw the ultrasound pictures, it was just amazing. I know the feelings she felt knowing she was going to be a mom. Then to have it ripped from us was devastating.”

The whole family now lives in or around Yelm, Washington, where Vosika has spent the past few months determined to watch every hearing of the two men recently arrested in her sister’s death.

Anthony Williams and Kareem Brock were arrested in August and charged with murder, robbery and burglary in Keynejad’s death. But all charges against Williams were dismissed Thursday in Las Vegas Justice Court. Brock’s case was bound over to District Court on Thursday, and all charges were dismissed, except one count of open murder, after a dispute over witness testimony.

“I forgive (Brock), but I’m never going to forget the thing my entire family has endured,” Vosika said. “No sister needs to be standing over her sibling’s grave because somebody that was going through whatever at the time decided it wasn’t her place to be there.”

Vosika’s mom, Patricia Vosika, 64, only wants to know the outcome of Brock’s case. Outside of enjoying her seven grandchildren, Rachael Vosika said, her mom still struggles with the loss.

“That’s her daughter, and we have boxes of pictures and stuff like that that we haven’t been able to sit down and go through because there’s baby pictures there and it’s very difficult,” she said.

Vosika said she can sometimes still smell her sister’s favorite perfumes, Grandma’s Poison and Exclamation. She remembers distinctly when Keynejad lost all her hair at 15 after a car crash. Her boyfriend at the time was driving and died in the crash.

“Anytime I walk into a place where they have unicorns or mysterious creatures, I think of my sister,” Vosika said. “When I see people that are scarred and missing hair … she wore a bandana for a long time.”

After the family moved to Washington in 2015, Vosika and her mom went back to school. Rachael Vosika is now 53 credits away from a bachelor’s degree in criminal justice with a concentration in human services; her mother is a case manager with a degree in chemical dependency.

“Anyone that knew Sara knew she was loving and had a love for her family and friends and would have done anything for them,” Vosika said. “She wasn’t just my sister; she was like my second mom. And I do the work I do today because the fact that she instilled in me to love everyone regardless.”