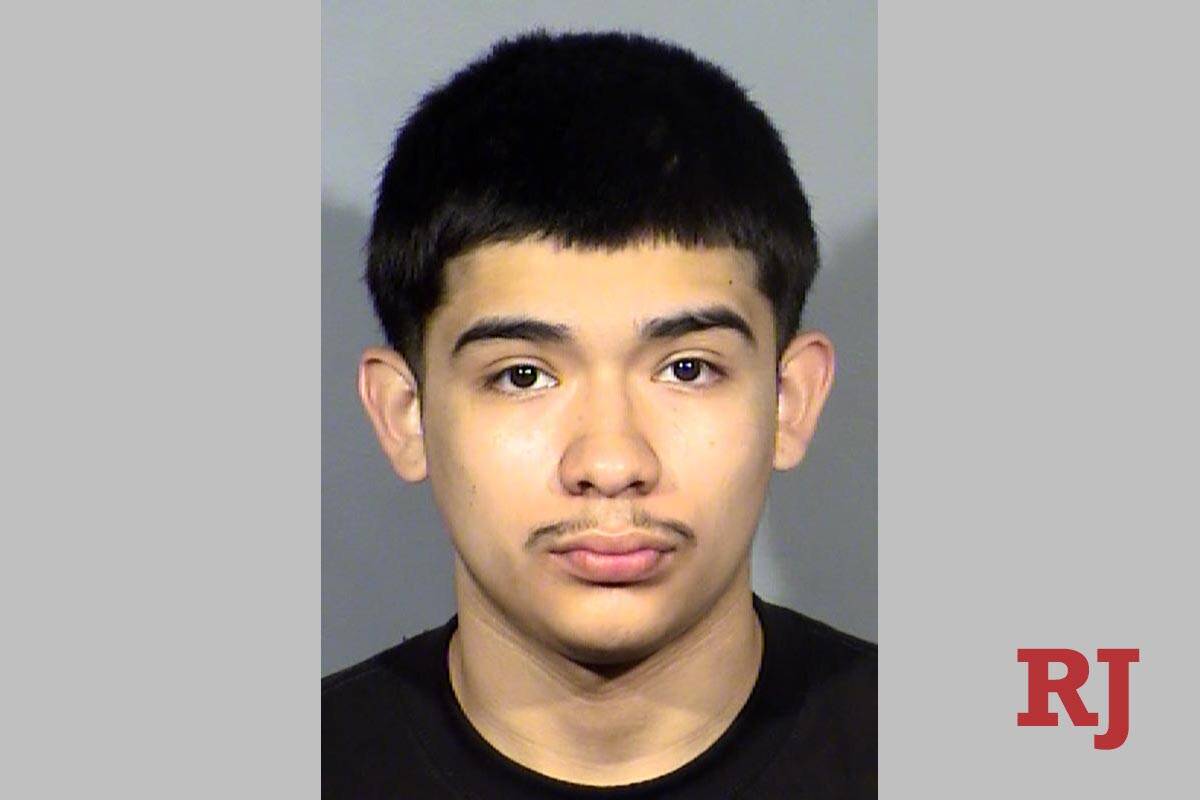 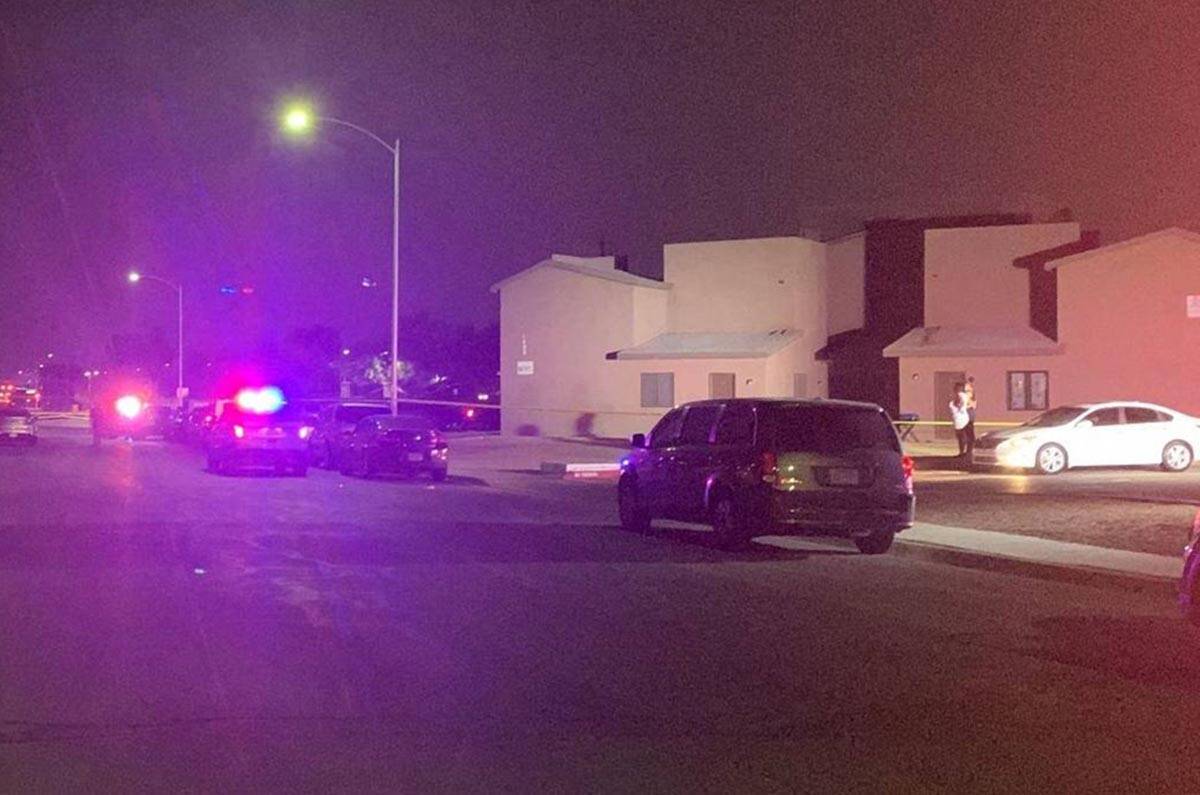 Police investigate a homicide near East Owens Avenue and North Sandhill Road in Las Vegas on Tuesday, Aug. 17, 2021. Four teens have been arrested in the shooting of a homeless man. (Sabrina Schnur/Las Vegas Review-Journal)

Police believe at least six teenagers met Aug. 17 near North Sandhill Road and East Owens Avenue to drink beer, according to an arrest report from the Metropolitan Police Department.

Video given to police by a neighbor showed the group getting into a fight with a man, later identified as Llamas, before the teens chased him onto a pedestrian bridge.

The video did not capture the moment police believe the teens shot at Llamas while he was running away, according to the report. Moments later, the group reappeared on camera running away from the bridge where Llamas was found.

He died at University Medical Center from a gunshot wound to the head, according to the Clark County coroner’s office.

The teens left in a silver four-door car and a blue Chevrolet Monte Carlo, police said. The Monte Carlo was later pulled over with Amaya and Campos inside. Another teen ran off when the car stopped.

An officer who patrols that area told homicide detectives that Campos was known to hang out with Sosa-Gonzalez. When police did a search through Sosa-Gonzalez’s phone, they found texts to Flores seven minutes before the shooting, according to Flores’ arrest report.

Investigators discovered the silver car seen leaving the scene matched Flores’ 2010 Ford Focus. When police confronted the teen with images showing him next to his car at the scene, Flores claimed he sold his car and lost his phone “not too long ago,” according to the report.

“Flores stated he never put hands on anybody and never chased anyone across the bridge,” police wrote.

All four were indicted on murder and conspiracy charges. Court records show they pleaded guilty Nov. 24, but a trial date has not been set.