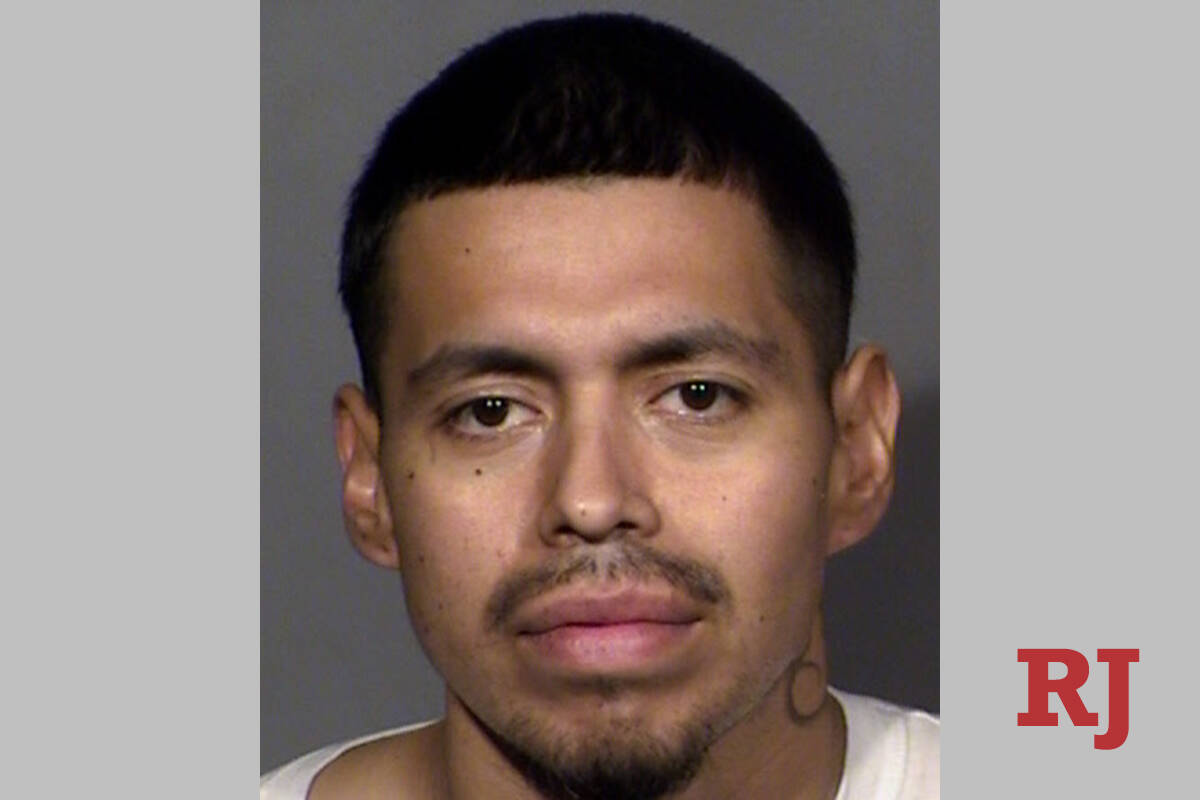 A dispute between the occupants of two vehicles led to the fatal shooting of a 20-year-old in northeast Las Vegas, police said.

Usbaldo Zarate, 27, faces charges of open murder and attempted murder in connection to the killing of Juan Flores on Nov. 26 in the 4800 block of Ballantine Drive.

At around 8:50 p.m., Flores was shot multiple times outside his home on Ballantine. He had been driving a Chevrolet Cobalt back to his home with two other people in his car. A white Toyota Matrix followed them home starting near the 4800 block of East Charleston Boulevard, according to a Metropolitan Police Department arrest report.

Police said a “road rage encounter” occurred between the two vehicles as Flores drove home. Flores got out of his car to confront the occupants of the Toyota. Zarate pulled a gun out of the purse of the woman who was driving the Toyota and shot Flores multiple times from the front passenger seat, according to the report.

The woman driving the Toyota told police that a white vehicle with three men inside drove up behind her and Zarate and was driving aggressively.

They flashed their high beams, swerved side to side and then moved in front and tried to block her vehicle. She said the men stuck their heads out of the window and yelled at her and Zarate, according to police.

“They probably have a pistol; it’s either us or them,” the woman recalled Zarate saying.

She rolled down her window when her vehicle pulled alongside Flores, and Zarate grabbed her semi-automatic pistol that was inside her unzipped purse. The purse had been sitting on the center console. The woman yelled for Zarate to stop but he fired several rounds that struck Flores and his vehicle, according to the report.

On Monday, Zarate was arrested in the 700 block of North Reagan Drive. He allegedly fired shots from his vehicle at another vehicle near North Pecos Road and East Owens Avenue in North Las Vegas after a dispute over stolen tools, according to an arrest report.

Zarate admitted to police that he fired at the other vehicle because he thought he was being shot at. He threw his pistol out of his car after firing it, police said. He was rebooked Tuesday in connection to Flores’ killing.

He is next due in court on Monday and remains in custody without bail, court records show.