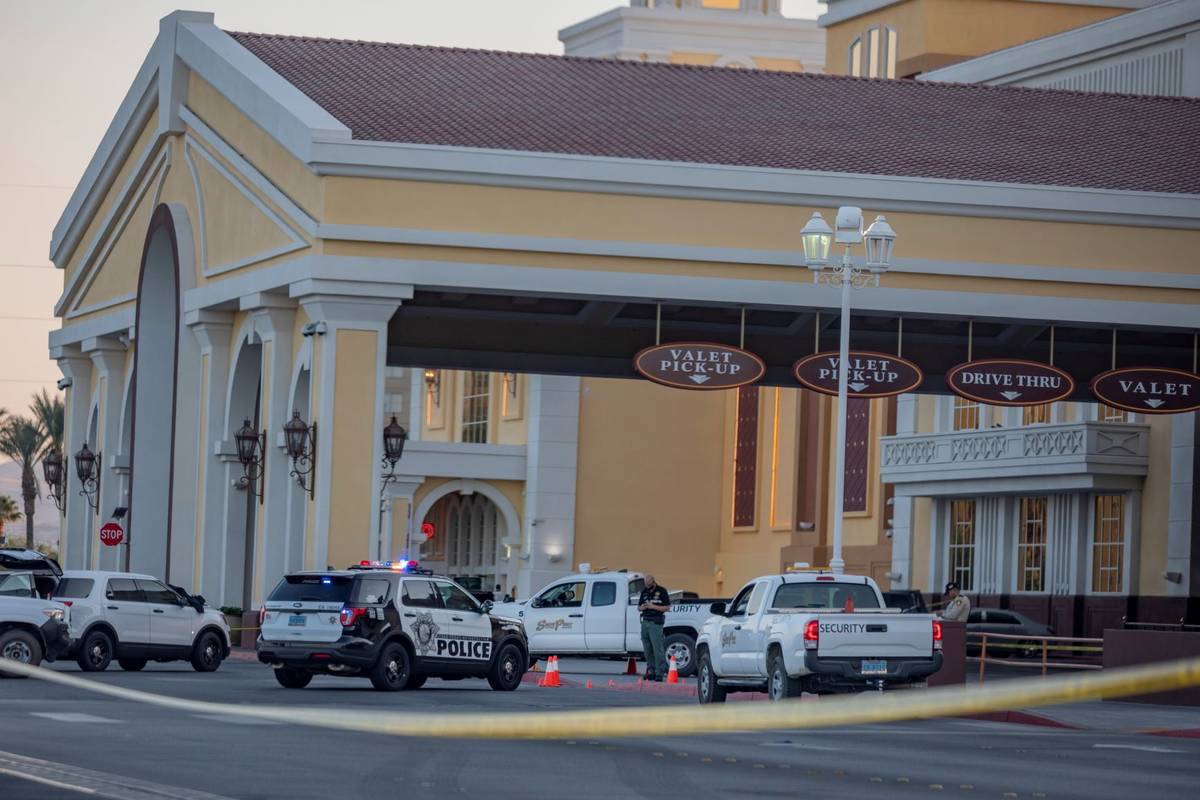 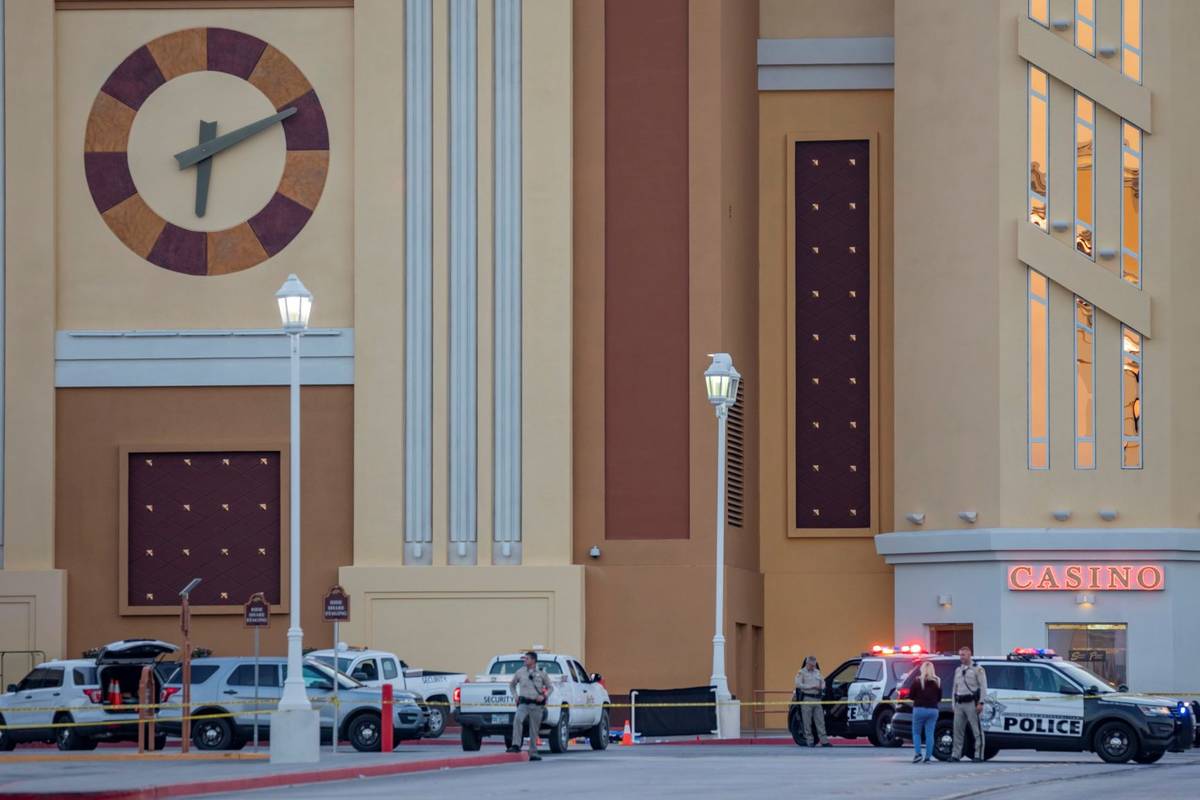 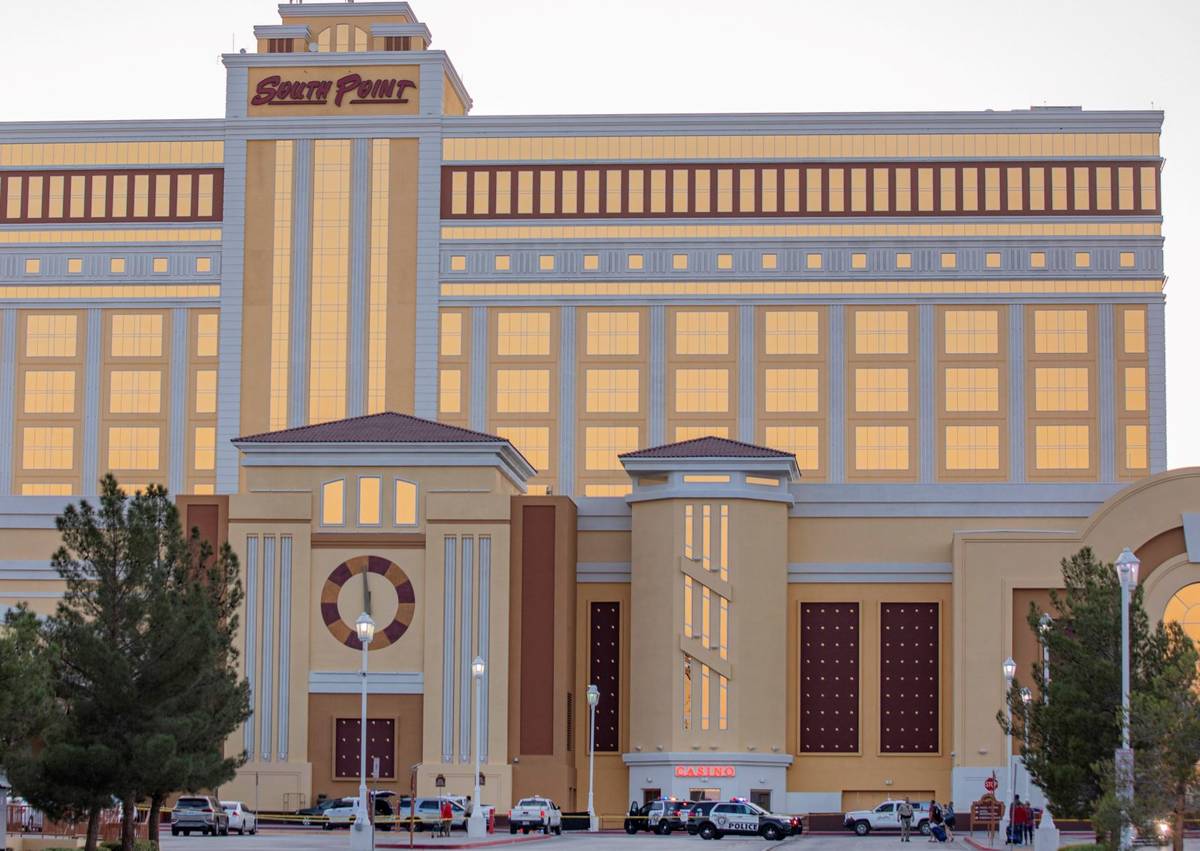 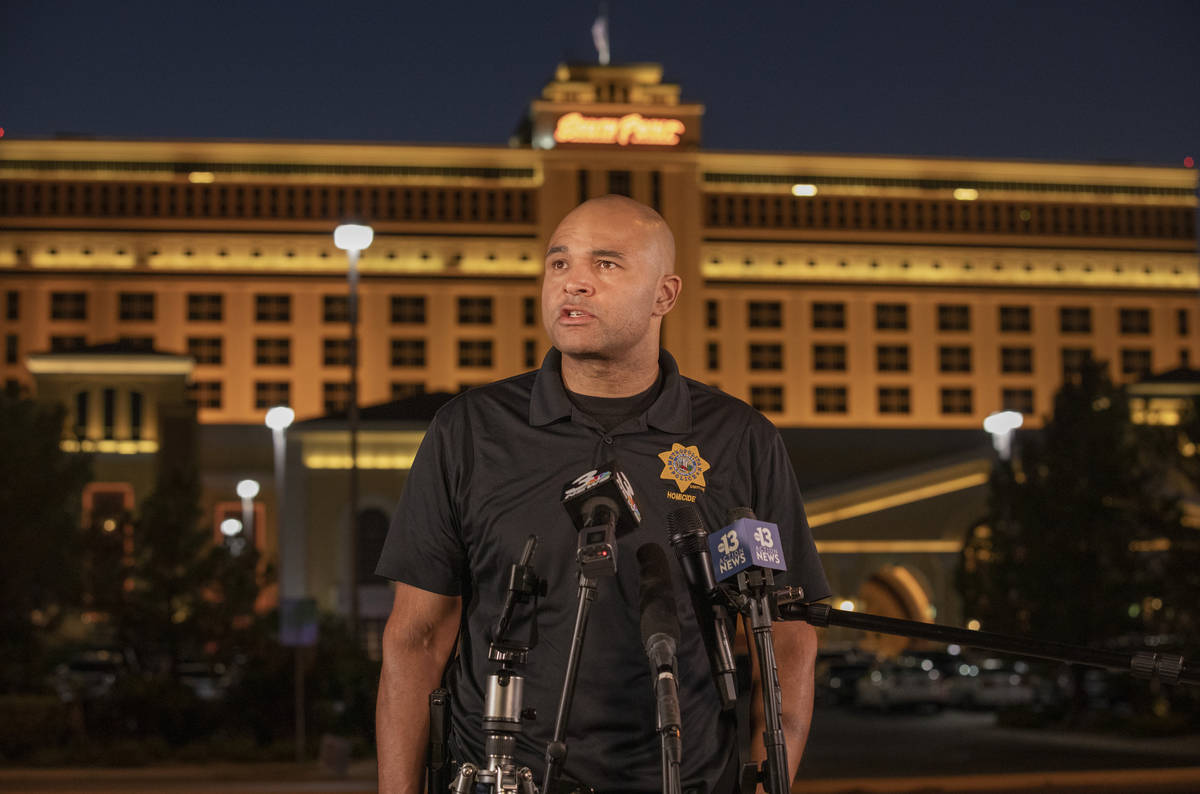 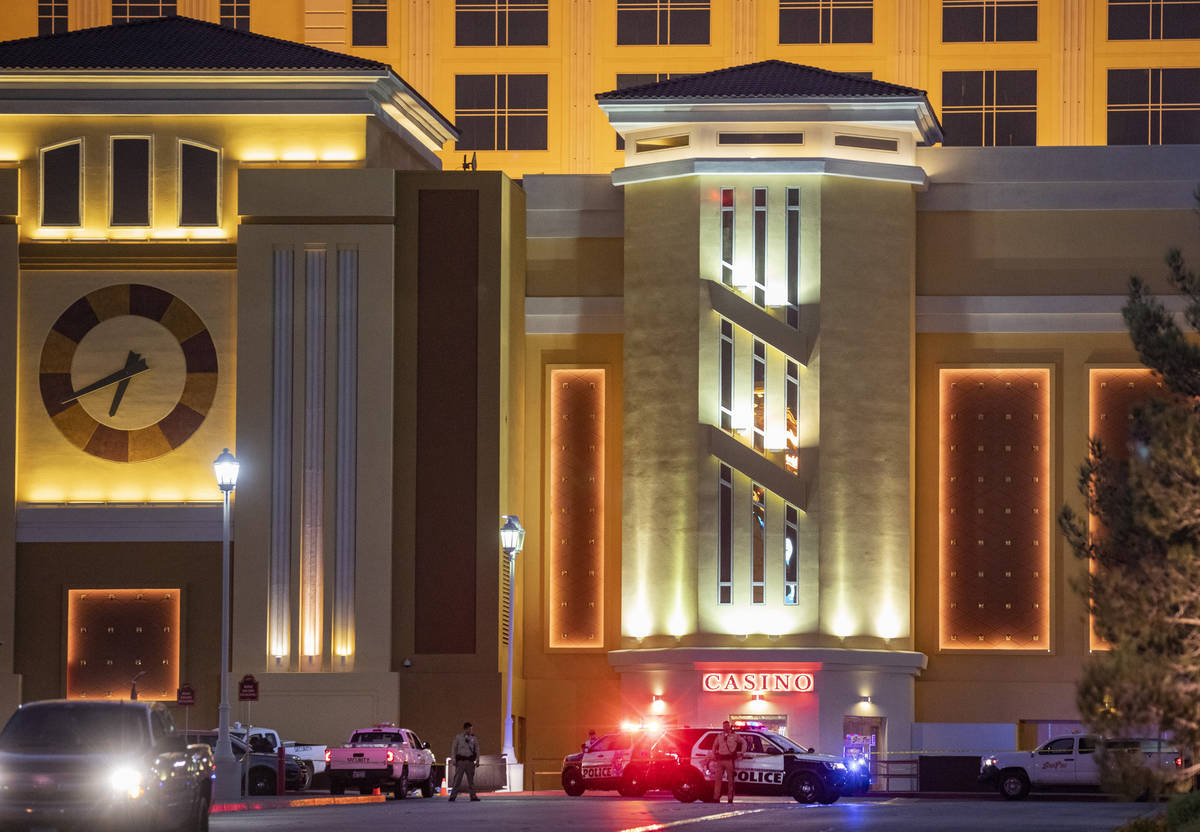 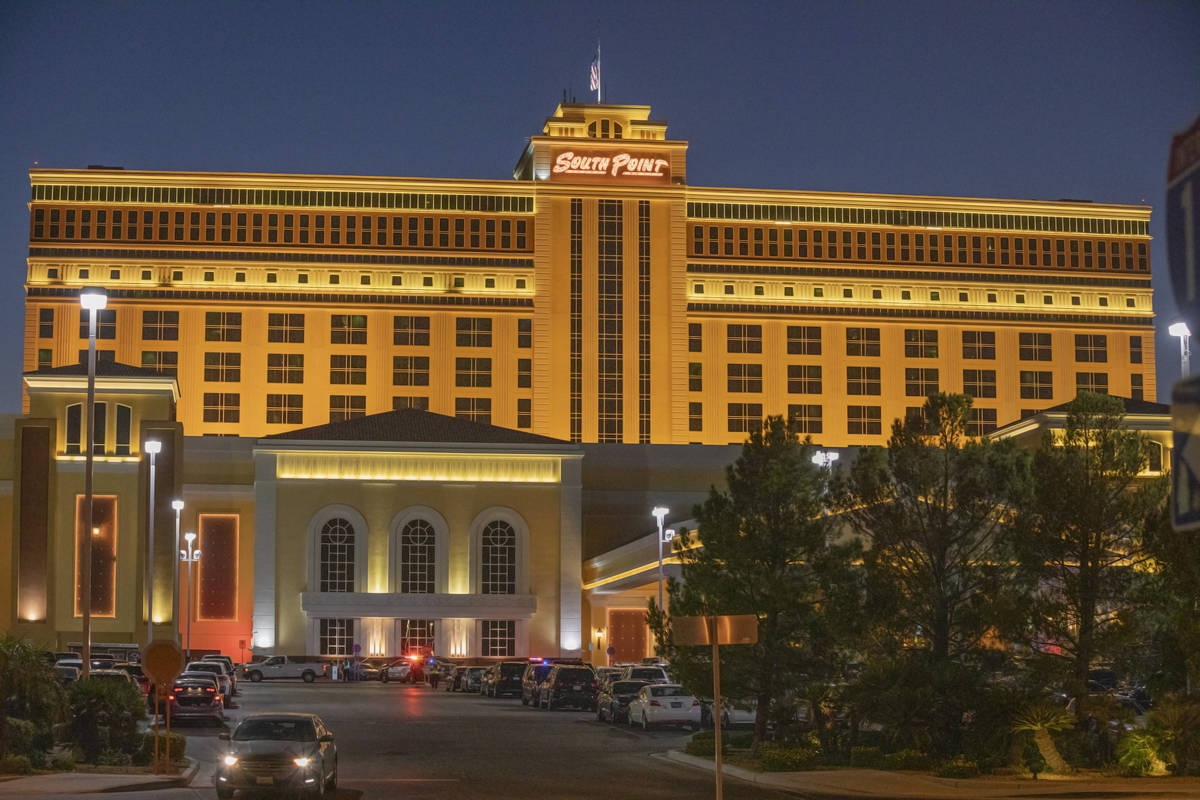 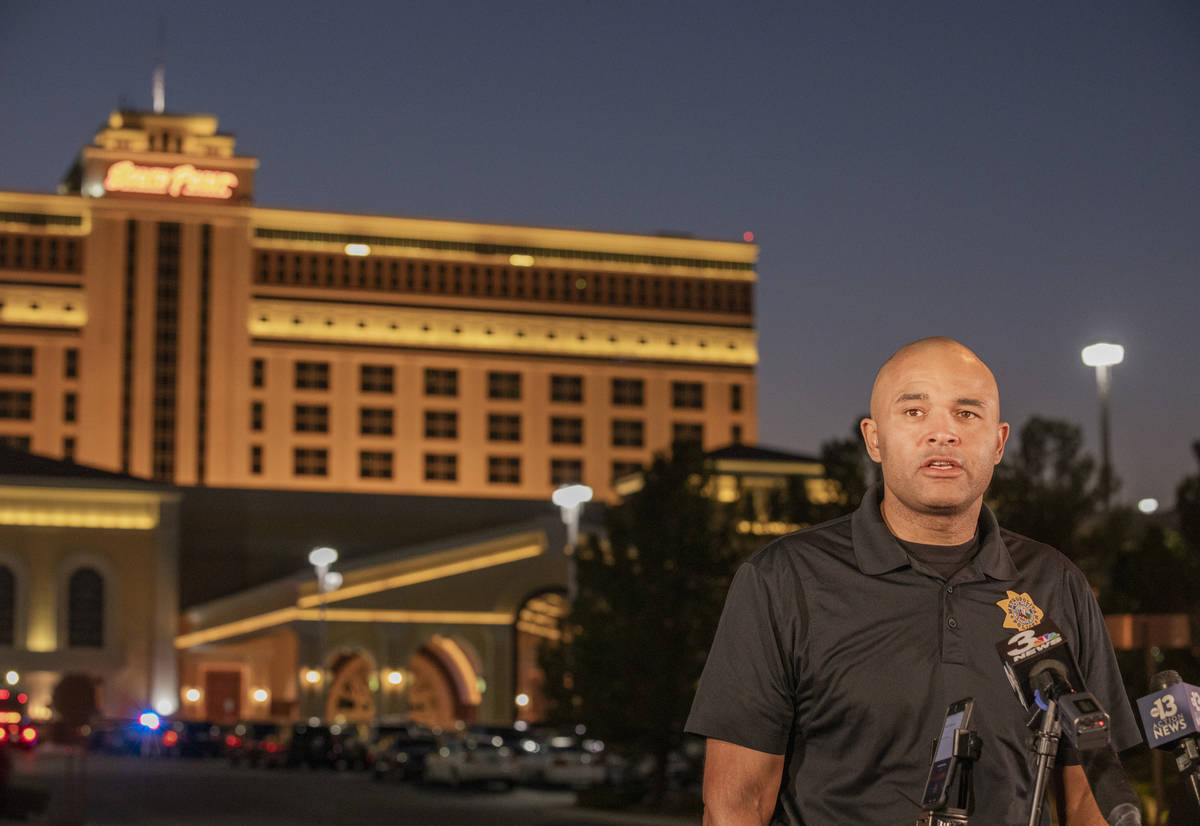 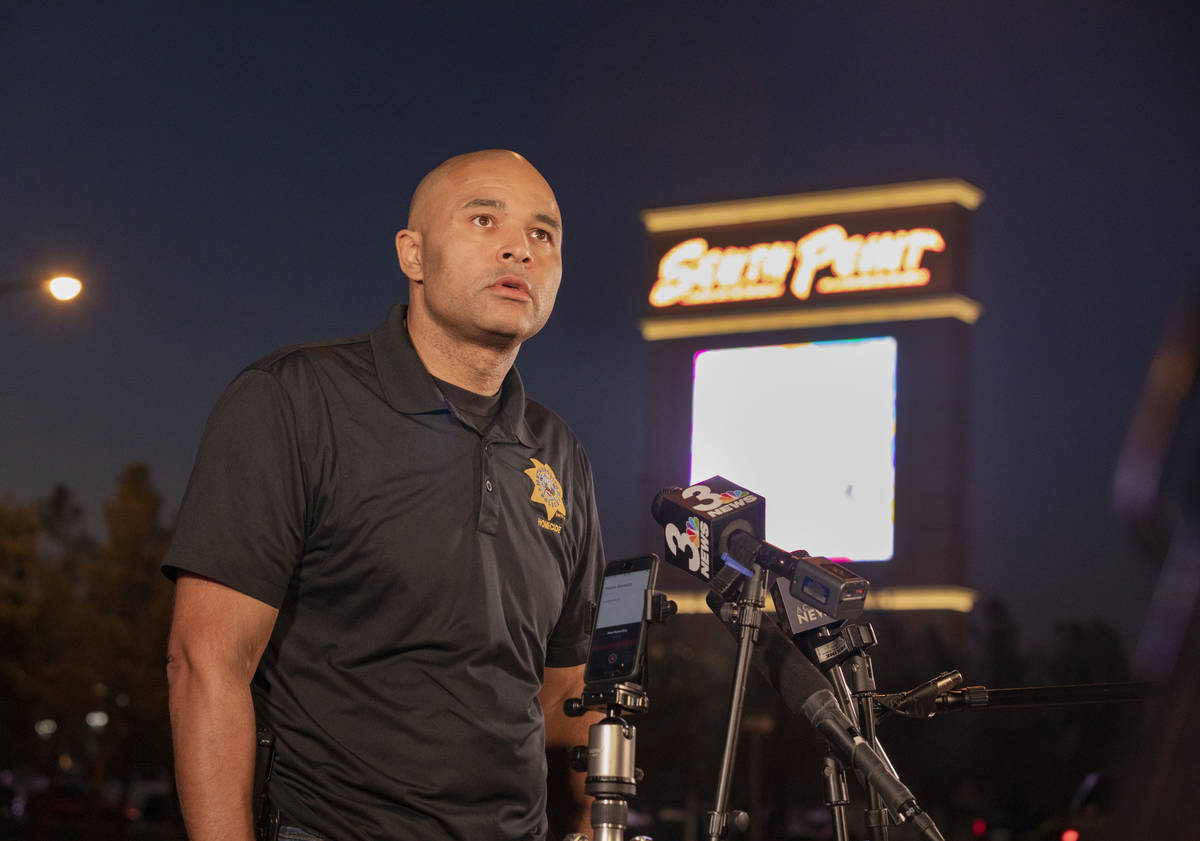 Security guards at the South Point fatally shot a man who fired a handgun near the valet area of the hotel-casino Sunday afternoon, authorities said.

The shooting marked the second homicide investigated by Las Vegas police in a five-hour span.

Just one block from a fatal stabbing Sunday morning, police were called at 4:30 p.m. to the South Point at 9777 Las Vegas Blvd. South, after a report of a man walking out of the valet area holding a handgun. The man was about 50 feet from the valet area when he fired one round into the air, according to Metropolitan Police Department Lt. Ray Spencer.

Investigators reviewed security footage that showed when the man tried to re-enter the casino, two hotel security guards stopped him. The man aimed his gun at the security guards for about 30 seconds before they fatally shot him, Spencer said during a media briefing.

“Those security officers showed a tremendous amount of strength due to the fact that there were concerns for their backdrop being the valet area of the hotel,” Spencer said.

The man was in his 40s, and police believe based on his physical condition he may have been homeless.

Spencer said the man is seen on security footage about an hour before the shooting walking into the hotel, so police do not believe he was a guest. Spencer commended hotel security at local casinos for the way recent shootings and stabbings have been handled on Las Vegas Boulevard.

“Any of the guests at this property should feel safe,” Spencer said.

South Point has resumed normal operations, but the valet area was expected to be closed until 10 p.m.

In an earlier tweet, the South Point said, “We are cooperating fully with law enforcement officials and have no further details pending investigation.”

Hours earlier Sunday, homicide detectives were investigating a fatal stabbing that occurred around 11:30 a.m. at a timeshare resort at 9940 Las Vegas Blvd. South.

Police responded to a report of a man who had been stabbed in a hallway of the resort, Spencer said during a briefing Sunday afternoon.

A man in his 30s was found suffering from stab wounds in a hallway on the ninth floor of The Grandview at Las Vegas after he got into a fight with a group of people celebrating a birthday party. Authorities tried to render aid, but the man died at the scene.

The victim and a woman had gone to the resort to meet a group of people celebrating a birthday in one of the rooms, Spencer said. When they knocked on the door, a fight broke out between the woman and a another man inside the timeshare.

“That female was punched in the face and knocked down. At that point a group of men and women came out from the room and chased the victim down the hallway where he was stabbed in the hallway and collapsed,” Spencer said.

Police are looking for up to eight suspects who were seen fleeing in a vehicle, according to Spencer. Police also are talking with the woman who arrived with the victim to determine what caused the altercation.

Spencer urged anyone with information to call Crime Stoppers at 702-385-5555 or to email police at homicide@lvmpd.com.

The stabbing and shooting mark the 98th and 99th homicides investigated by Metro this year, according to records maintained by the Review-Journal.