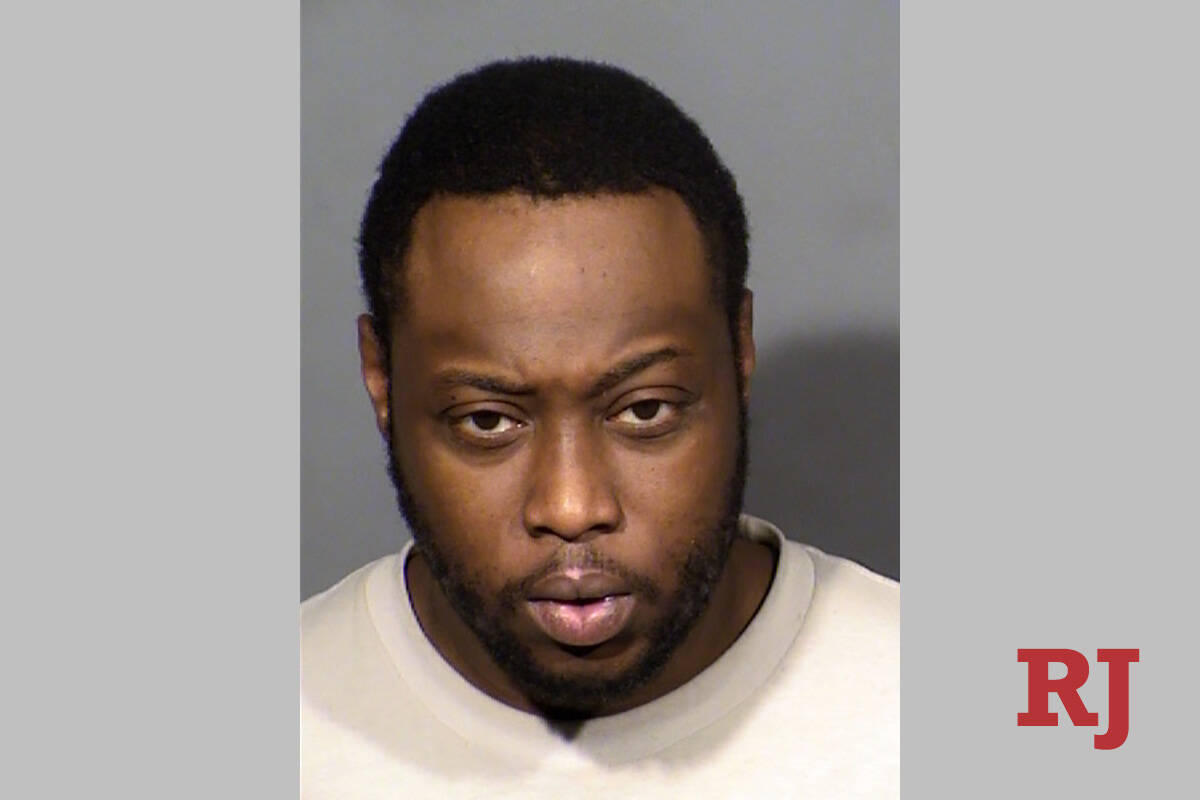 A suspect accused of fatally shooting a man in late February and taking off to California with the victim’s girlfriend has been arrested, Las Vegas police records show.

Donald Green, 34, was booked Thursday into the Clark County Detention Center on one count each of murder and conspiracy to commit murder, jail logs show.

The victim’s girlfriend, Erica Stacy, 35, was taken into custody earlier this month and booked under the same counts.

The Metropolitan Police Department alleges that Green shot Brian Ramey, 33, about 1 a.m. on Feb. 28 near First Street and Palm Lane.

Police used surveillance footage to help them piece together the investigation, according to Green’s arrest report.

Ramey texted his girlfriend about 30 minutes before the shooting, police said.

That was when Green, who was with her, got out of her car, police said.

Ramey drove up around that time. But Stacy sped off, and he followed, police said.

Ramey stopped the car at some point and was confronted by Green, who walked up to him, police said.

During a quarrel, Ramey started to run away, but Green shot him multiple times in the back, police allege.

Stacy left the area and Green parked the victim’s car about a block away, placing her gun — the alleged murder weapon — in the trunk, police said.

Stacy went to visit Ramey’s family later that day and told them that they had just bought the cars, but that she had not seen him since he had driven away during an argument.

Two days later, she was on the way to California with his alleged killer, according to police, who said they used phone GPS to track them.

It was not clear where either was arrested.

Green appeared in court Monday morning, and Stacy is due for a preliminary hearing on May 19.