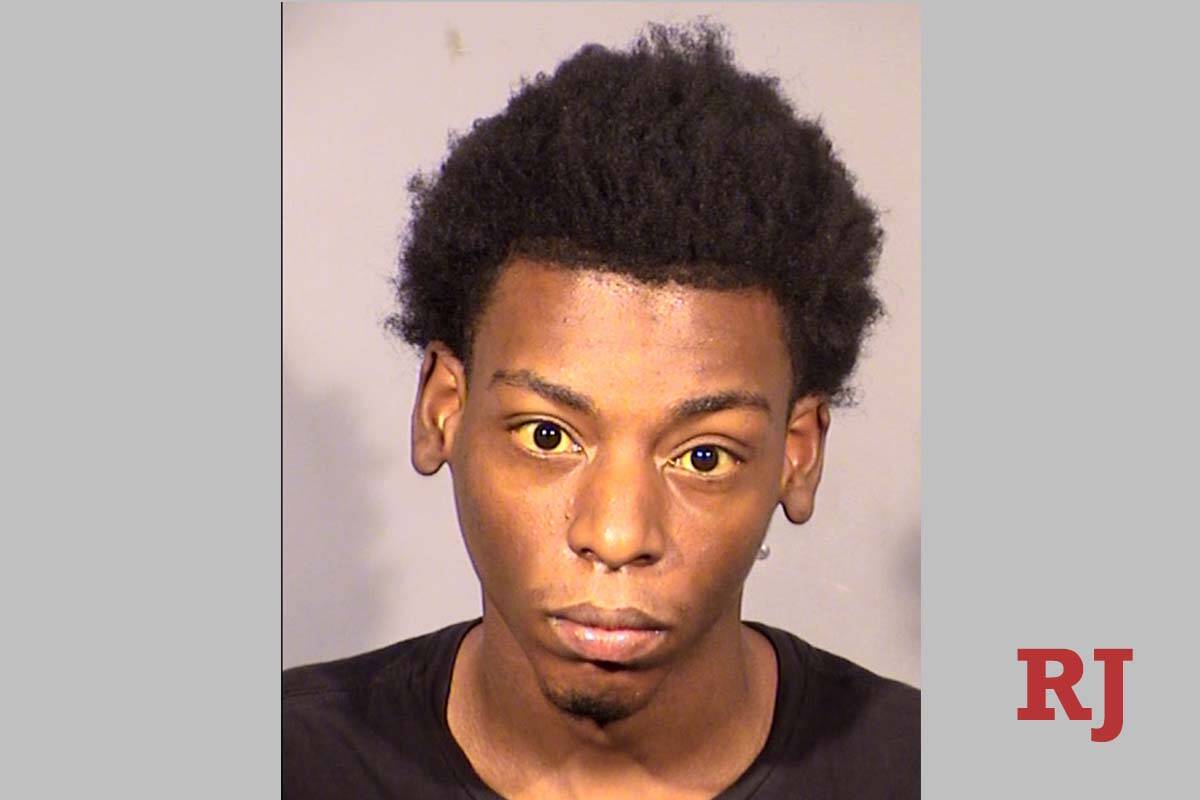 A man who police said fatally shot a man at a bus stop outside Sam’s Town also fired several rounds at a car in an apartment complex a month later, according to a report released Tuesday.

Wattsel Rembert, 23, was arrested last week on several charges including murder and discharging a gun.

Police said they tied Rembert to the Nov. 18 death of Nicolas Thomas, 30, who had run inside the casino at 5111 Boulder Highway to report that he had been shot. He later died at a nearby hospital.

Thomas had been sitting at a bus stop near the intersection of Nellis Boulevard and Boulder Highway at around 3 a.m. Video surveillance showed an SUV near the bus stop that appeared to be waiting as two people stepped out and approached Thomas.

“Without any apparent provocation,” Thomas was shot by one of the men who both ran back to the SUV, which fled the scene, according to a Metropolitan Police Department arrest report.

During the investigation, a woman reached out to police with information about the shooting, and after reviewing surveillance footage, she identified one of the suspects as her stepson, Rembert. Police used the information to identify Rembert as the person who shot Thomas, according to the report.

Rembert faces one charge of open murder in the killing, court records show.

On Dec. 18, police said, Rembert fired several shots at a vehicle in an apartment complex, hitting the vehicle 14 times and striking two nearby apartments. The victim whose car had been struck told police she believed the shooting had to do with her car being hit by the suspects’ car a few days before, according to a Las Vegas police arrest report.

Rembert also faces 18 counts of discharging a gun, according to court records.