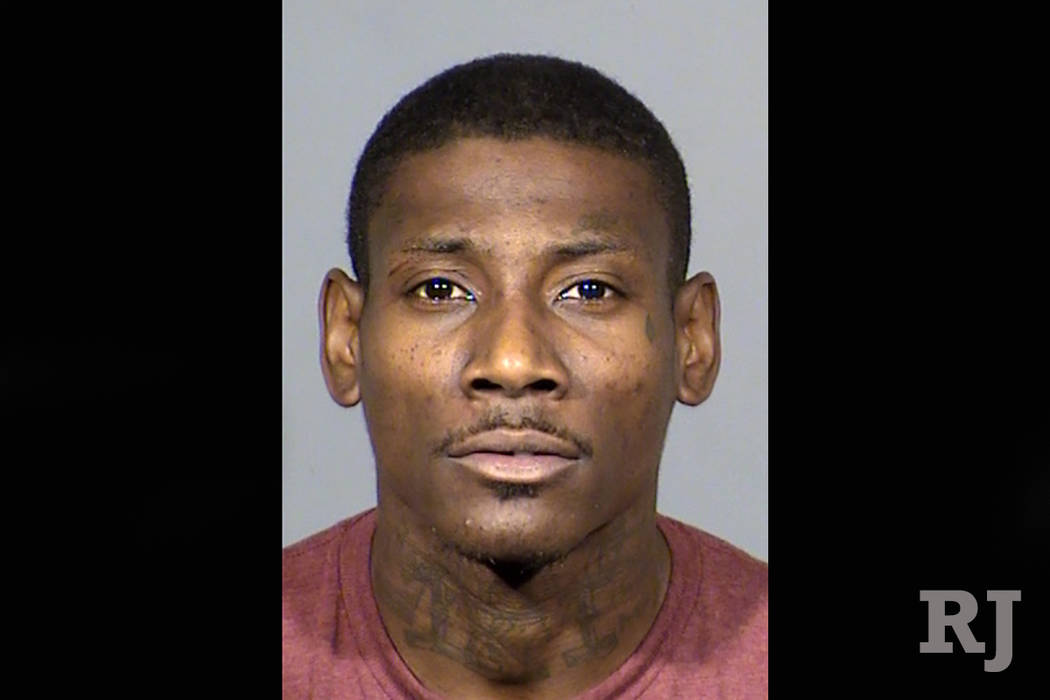 Las Vegas police arrested a man Thursday in connection with a deadly road rage-related shooting in November, according to jail records.

Jonathan “J-Lov” Trevone Evans, 31, remained in custody without bail at the Clark County Detention Center on Friday in connection with the fatal Nov. 12 shooting of motorist Anthony Blount, 41, in a 7-Eleven parking lot. He faces a charge of open murder with a deadly weapon.

Las Vegas Metropolitan Police Department officers were called about 8:10 p.m. to the convenience store at 1101 E. Bonanza Road, where they found Blount suffering from a gunshot wound to the chest, police said at the time. He later died at University Medical Center.

Just before Blount was shot, he and another man were in a yellow Ford Focus heading north on Maryland Parkway, according to the warrant for Evans’ arrest, which was issued Nov. 19. While waiting at a red light at Bonanza Road, two men crossed the street in the crosswalk, it said.

According to the warrant, either Blount or his passenger did not like the way Evans and the second man looked at the car. Blount pulled into the parking lot of the 7-Eleven and asked the pair, “Is there a problem?”

According to Evans’ arrest warrant, one of the clerks at the 7-Eleven had “ordered” a gun from the man who was with Evans, and asked him to deliver it to the store.

Evans and the other man, who wore a black sweatshirt in surveillance footage, walked into the 7-Eleven. The other man, whose name is redacted in the warrant, interrupted the clerk as he spoke with a customer and handed him a silver handgun. But Evans “immediately asked for the handgun back” before both men left the store, the warrant said.

Blount and his passenger then got out of the car and began fighting with Evans and the other man, it said. A security camera outside the store shows the fight break out.

Blount, the driver, moved toward Evans, “moved backwards and fired one shot,” striking Blount, the report said. (Blount’s name is redacted in the warrant.)

After the shooting, Evans and the other man fled on foot, the warrant said.

Las Vegas police on Friday did not have details about how, when or where Evans was found and arrested.

He will appear in court for a status check hearing on Christmas Eve, according to court records.

Police said Friday that Evans’s was the only arrest that had been made in the shooting and that investigators are no longer searching for the man in the black sweatshirt.