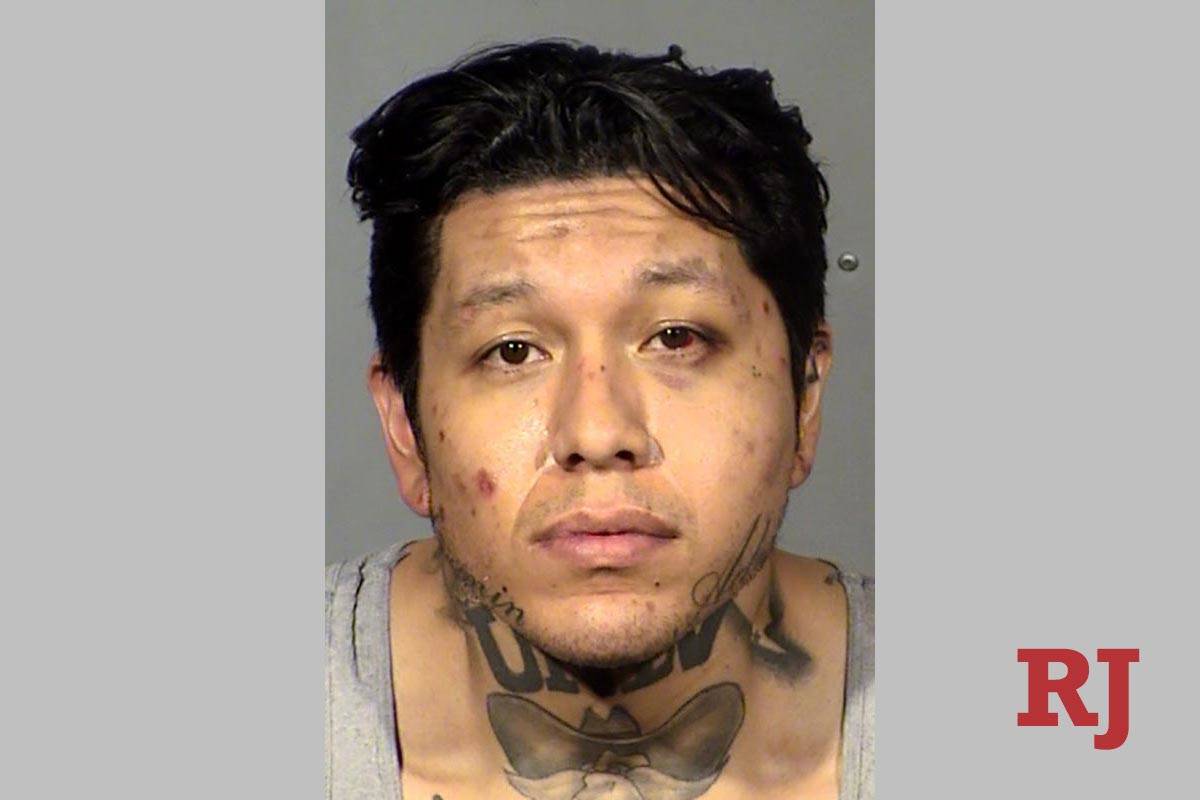 A man accused of beating his neighbor to death while uttering a racial slur told detectives he was intoxicated, blacked out and remembers little, according to his arrest report.

Las Vegas police said they were called to the Terrasanta Condominiums, 5650 E. Sahara Ave., around 8 p.m. Wednesday after a resident there heard a woman screaming.

Gwendolyn Milton, 63, of Las Vegas was beaten to death in an apartment in what police described as an unprovoked attack.

The Clark County coroner’s office said a cause and manner of death for Milton, who was Black, are pending. An arrest report for Valencia released Monday by Las Vegas police identifies Milton by the name Gwendolyn Alexander.

Police said in the arrest report that Valencia and his girlfriend lived in an apartment below Milton. The girlfriend came home from work on the evening of the killing and “found Jason drinking beer,” the report states.

“He was not making sense when he was talking and left the apartment on foot,” police wrote, adding that the girlfriend told investigators that Valencia “also abused pills and opioids and she was concerned he relapsed again.”

Valencia returned to the apartment, then left again. The girlfriend said she then heard a loud banging and a woman yelling, “Why are you doing this to me?”

The girlfriend told police she called out to Valencia, who emerged on the balcony of the upstairs apartment where Milton was killed and uttered, “I have to kill this (racial slur).”

After Valencia left the woman’s apartment, the girlfriend went inside and found Milton gravely wounded. She called 911.

Valencia ordered the girlfriend to drive him a short distance from the crime scene, she told police. He jumped out of the vehicle and ran off.

When investigators questioned Valencia, they noticed two cuts on his right wrist and left forearm, according to the report. He told police he remembered little of the killing.

“Valencia consumed eight tall cans of an IPA beer coupled with a quarter ounce of marijuana,” police wrote. “After consuming the alcohol and marijuana, Valencia began to blackout. The next thing Valencia remembered was coming to and elbowing an unknown person multiple times in the head, who Valencia believed to be a male.”

“Valencia remembered there was carpet underneath the person as he was striking the subject,” the report continued. “After realizing what he was doing, Valencia exited the apartment.”

Valencia told police multiple times he did not remember anything else, according to the report. He said he later learned of the killing after reading about it online and “realized he had killed an elderly woman,” the report states.

He could not articulate how he got into the woman’s apartment or why he would have gone there in the first place, police wrote in the report.

He is being held at the Clark County Detention Center without bail. A court hearing is scheduled for Tuesday.