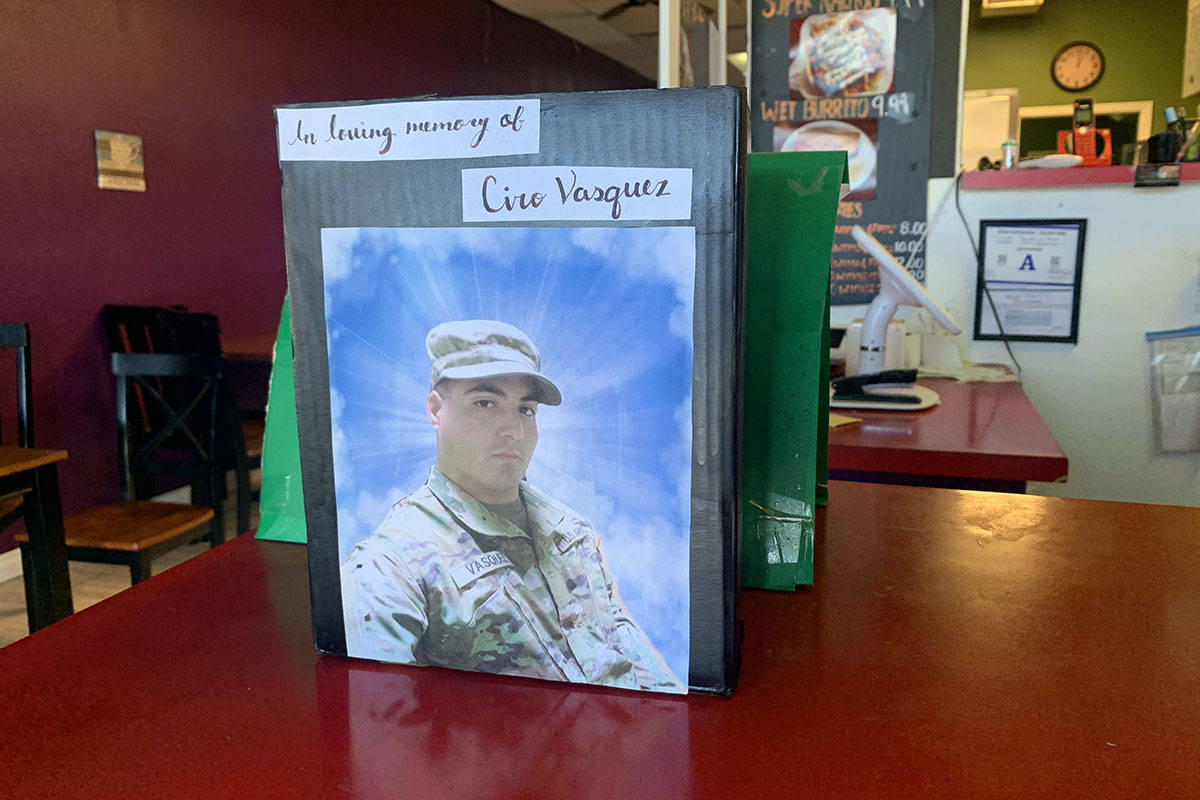 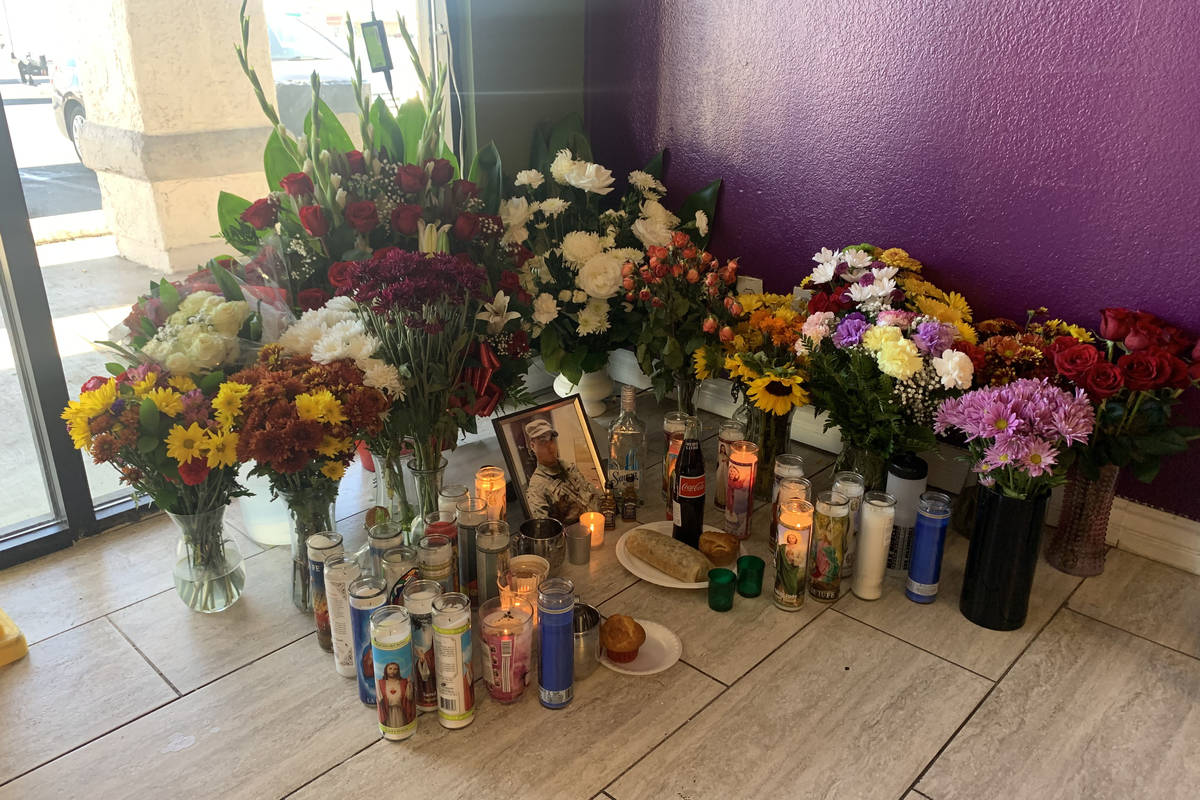 Ciro Vasquez Jr. was friendly and kind to the homeless man accused of fatally stabbing him Sunday night outside the taco shop where he worked, according to the victim’s cousin.

“He was literally the kindest person I knew,” 17-year-old Jackelin Vazquez said of her 31-year-old cousin, who was an Army veteran and her coworker. “He always tried to make everyone happy. He made everyone smile.”

The cousins worked together at Taqueria del Paisano, 3603 Las Vegas Blvd. North. Vazquez said they regularly had problems with 29-year-old Angel Martinez, the homeless man accused of stabbing Vasquez in the chest.

Vazquez said that Martinez would often come into the store begging for food or money, and they had called the cops on him multiple times. But her cousin was always nice to him, she said.

“They were friends. He fed him like every day,” said Vasquez, who claimed it wasn’t the first time Martinez pulled a knife on an employee. “I always kind of knew it (a stabbing) would end up happening, but I never thought it would be my cousin.”

According to Martinez’s arrest report, police were called to the taqueria around 7:30 p.m. Sunday in response to a stabbing. Homicide Lt. Ray Spencer said Martinez was asked to leave the taco shop shortly after entering the business to ask “for money and for food from the business owner.”

Vasquez escorted Martinez from the business and a fight started outside, according to the report. Martinez stabbed Vasquez on the left side of his chest, and Martinez suffered a stab wound to his left shoulder, the report said.

The Clark County coroner’s office said that Vasquez died of a stab wound to the chest and that his death was ruled a homicide.

Martinez told police that he was acting in self-defense and that “he never took his knife out of his pocket,” the report said, but detectives determined Martinez had a history of being “aggressive towards the shop owners” in the area.

“Martinez was the aggressor and initiated the fight, killing Vasquez,” the report said.

He walked away from the taco shop after the fight, but police found Martinez shortly thereafter with survivable stab wounds. Martinez was arrested and booked into the Clark County Detention Center, where jail records show that he is being held without bail on a charge of open murder with a deadly weapon. He is expected in court on Wednesday.

A GoFundMe account has been set up to raise money for Vasquez’ funeral expenses.