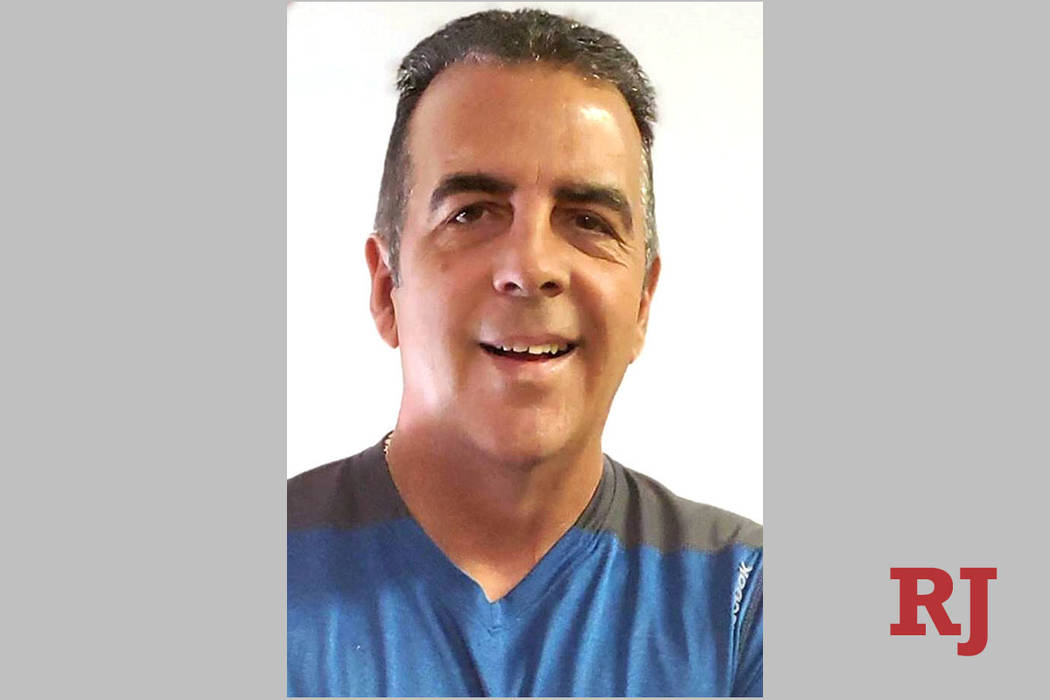 An undated photo of Rodolfo "Rudy" Arco, 57, a longtime Las Vegas resident and business owner who was shot and killed Saturday during what Texas authorities have called a "shooting spree" in the town of Odessa. He was one of seven killed in the rampage. (Facebook)

After the October 2017 mass shooting in Las Vegas, Rodolfo “Rudy” Arco feared that “there was too much of a bull’s-eye” on the city’s back.

“He felt that Vegas was just getting too big,” his older sister, Maria Arco, told the Las Vegas Review-Journal in a phone interview Tuesday, three days after her brother was gunned down.

Within a year, she said, the 57-year-old father of five had sold his businesses in Las Vegas and moved his family to the sleepy town of Odessa, Texas.

She said it was a difficult decision for her brother to say goodbye to the place he and his family had called home for more than 22 years, but it was for the best, he thought, because he was protecting his children from the sort of unthinkable violence Las Vegas had seen that night in October, when a gunman killed 58 people and injured hundreds more during the final night of the Route 91 Harvest music festival.

“He wanted his family to be somewhere that was slower paced,” Maria Arco said. “He felt that Odessa was it.”

But on Saturday afternoon, less than a year after moving to Odessa — located about 335 miles northwest of Austin, near the New Mexico border — he was killed by an active shooter who authorities have said was on a shooting spree throughout the town.

As of Monday evening, seven people, including Rudy Arco, were killed in the rampage, and 25 more were injured, according to the Odessa Police Department.

‘Going about his business’

Authorities have said the spree began when a state trooper tried to pull over the gunman on Interstate 20 between the towns of Odessa and Midland. They said the shooter, identified by Odessa police as a 36-year-old man, shot the trooper and took off west on the highway, “shooting at innocent civilians all over Odessa.”

At the same time, according to Maria Arco, her brother — a commercial truck driver who had started a trucking business after moving to Texas — was driving toward Odessa in his orange truck “with a load.”

“He was going about his business when the shooter came up alongside of him and shot him in the head,” his sister said.

The gunman was eventually shot and killed by police.

Meanwhile, Rudy Arco’s oldest daughter, Julieanna, was sheltering in place at a nearby mall, where she works. She was calling her dad’s cellphone, but he wasn’t picking up, Maria Arco said.

When mall employees were finally released, Maria Arco’s niece called 911 dispatch and “learned there was a trucker involved.”

“She took to the road and found her dad’s orange truck on the side of the road,” Maria Arco said. “She thought, ‘It’s got to be his truck.’”

Julieanna Arco did not respond Tuesday to a request for comment.

A man of possibility

The Arco family arrived in America in 1969 seeking refuge from the communist government in Cuba. Rudy was 6 at the time, spending his formative years in the San Francisco area.

“Rudy, he always, always was a man of possibility,” his sister said. “He thought of Vegas as the place to be.”

Maria Arco, wanting to be close to her family again, followed suit in 2003 and joined them in the valley.

Her brother spent the next two decades building a life for himself and his children in the valley, opening two restaurants in 2006 called Super Burrito, one near downtown Las Vegas and the other in the far south valley. At one point, he had even opened a location in Pahrump, Maria Arco said.

A driven entrepreneur, outside of his work he was a God-fearing man who “always encouraged people to be happy,” his sister said.

After news of her brother’s death got out, Maria Arco said she heard from a man whom her brother had “taken under his wings” years ago.

In a Facebook tribute, the man, Freddy Silva, wrote: “Rudy Arco was my 1st boss at 13 years old. He wasn’t just a boss, he was a 23 year old man that was reaching out to a fatherless kid. He was a mentor, a friend and a presence in my life that I desperately needed.”

“That’s the kind of man my brother was,” Maria Arco said, crying. “He was a glass-half-full kind of man. He felt that there was never anything bad enough that you can’t get out of without some determination and the help of God.”

But he was as much funny and outgoing as he was hard-working, and he threw the best parties with the best food, she said.

Maria Arco, who moved back to the Bay Area after her brother left Las Vegas, said she doesn’t know what will come next for the family.

“We’re still trying to figure things out,” she said, adding that she and her younger brother Emilio — Rudy was the middle child — have not had the heart to tell their parents, who are 84 and 93, that their son has died.

“We don’t want to lose them, too. We’re afraid it would be too much,” she said. “We know that they won’t survive it.”

But what she does know is that the family will have her brother’s body cremated with the intent to scatter his ashes in Havana, Cuba.

“We will make every attempt to make his wishes a reality,” Maria Arco said.

A GoFundMe campaign has been created by Julieanna Arco’s friend to assist with funeral costs.

Rudy Arco also is survived by two adult sons and two young daughters, 3 and 4; and a half-sister, Maria Torres.