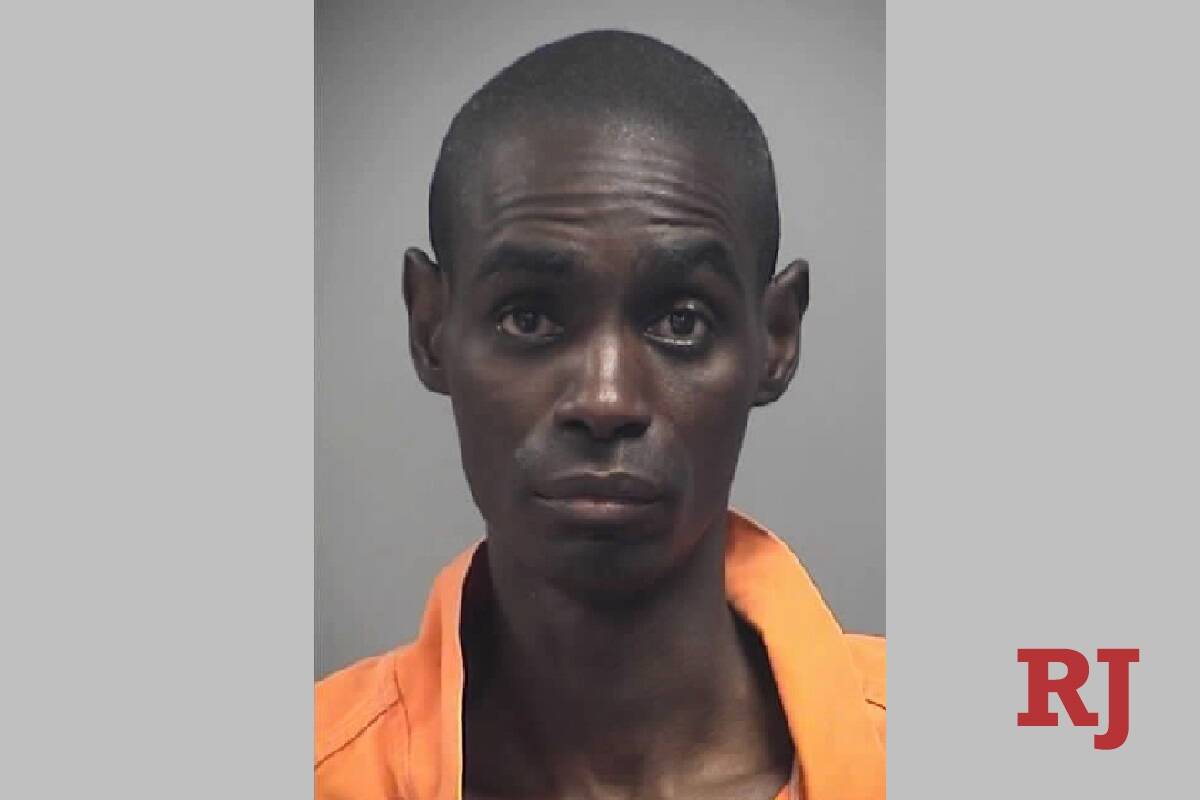 A man arrested on murder charges is accused of shooting three people and a dog in a two-hour window on Labor Day.

Tristan Tidwell, 35, was arrested Tuesday on three counts of open murder with a deadly weapon, one count of owning a gun as a prohibited person and one count of carrying a concealed weapon without a permit, according to court records.

Tidwell is suspected of fatally shooting three men between 7:30 and 9 p.m. Monday near East Cheyenne Avenue and Civic Center Drive, according to an arrest report from the North Las Vegas Police Department released Thursday.

Investigators spoke to witnesses at all three homicide scenes and reviewed video footage showing Tidwell’s clothing and his calm demeanor as he walked the streets and shot the men, according to the arrest report. Tidwell is also suspected of shooting a dog in the area.

When officers detained Tidwell later that night, police said he described the shootings in detail, and rationalized that “anything without a home gets terminated.”

“(Tidwell) incoherently talked about prison guards, police, who are there to restrict freedom, free humans versus slave humans, and other subjects that only he seemed to grasp,” police wrote in the report.

When asked if he felt the shootings were justified Tidwell told police: “Oh no. It’s wrong. It’s against the law. But it has to be done.”

He is being held without bail and is expected to appear in court Monday.