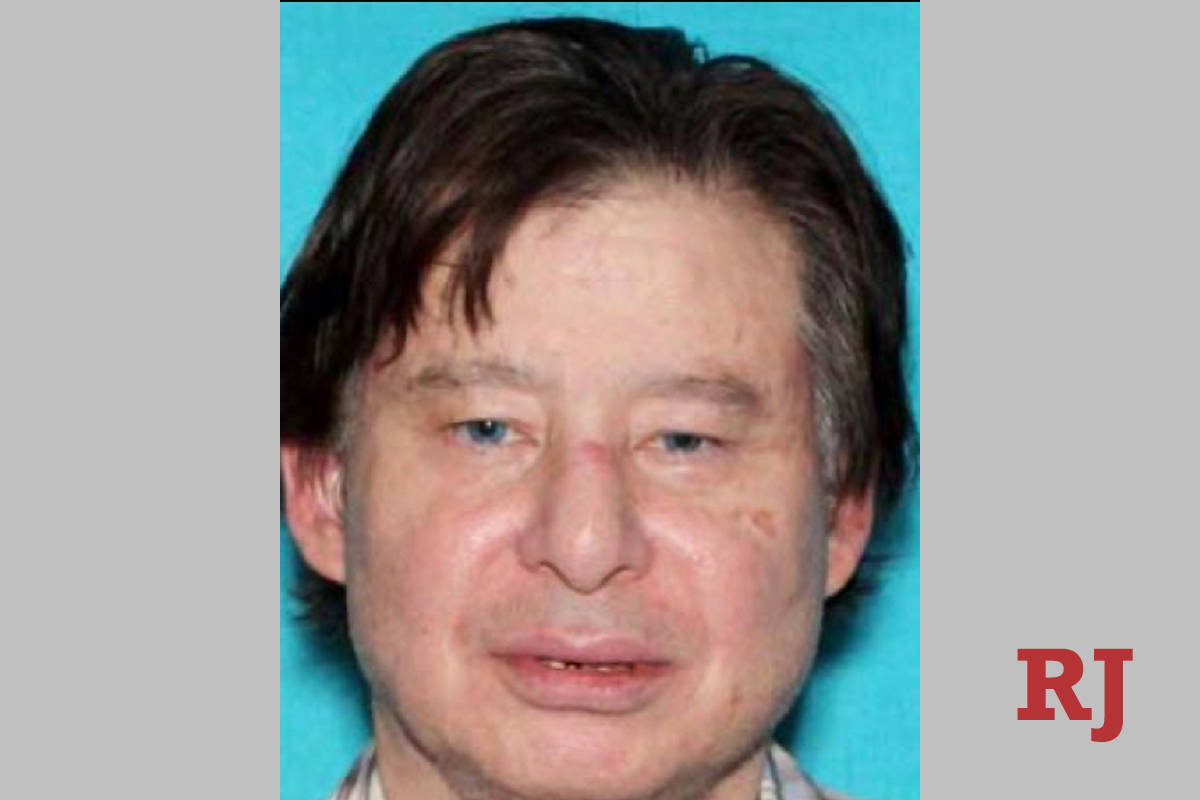 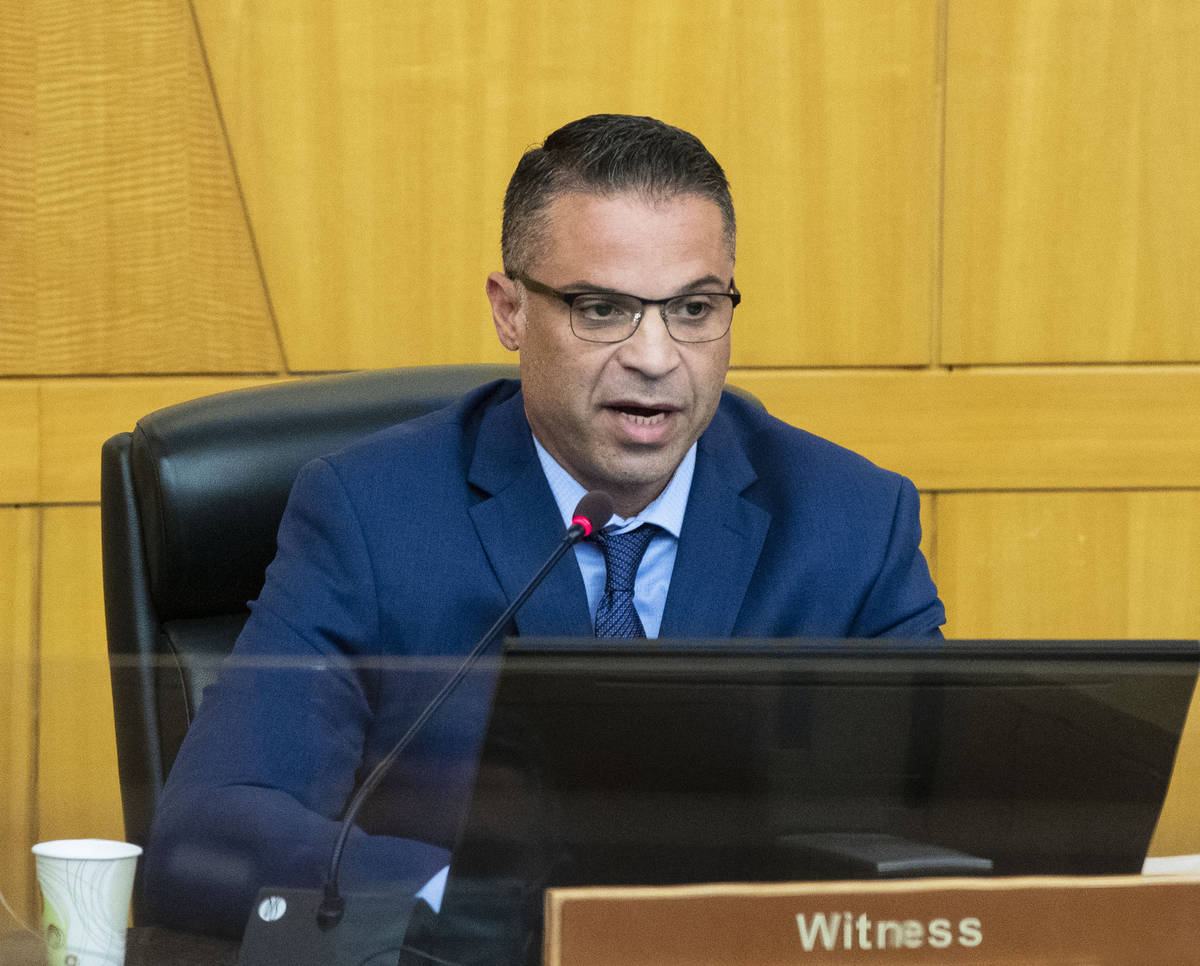 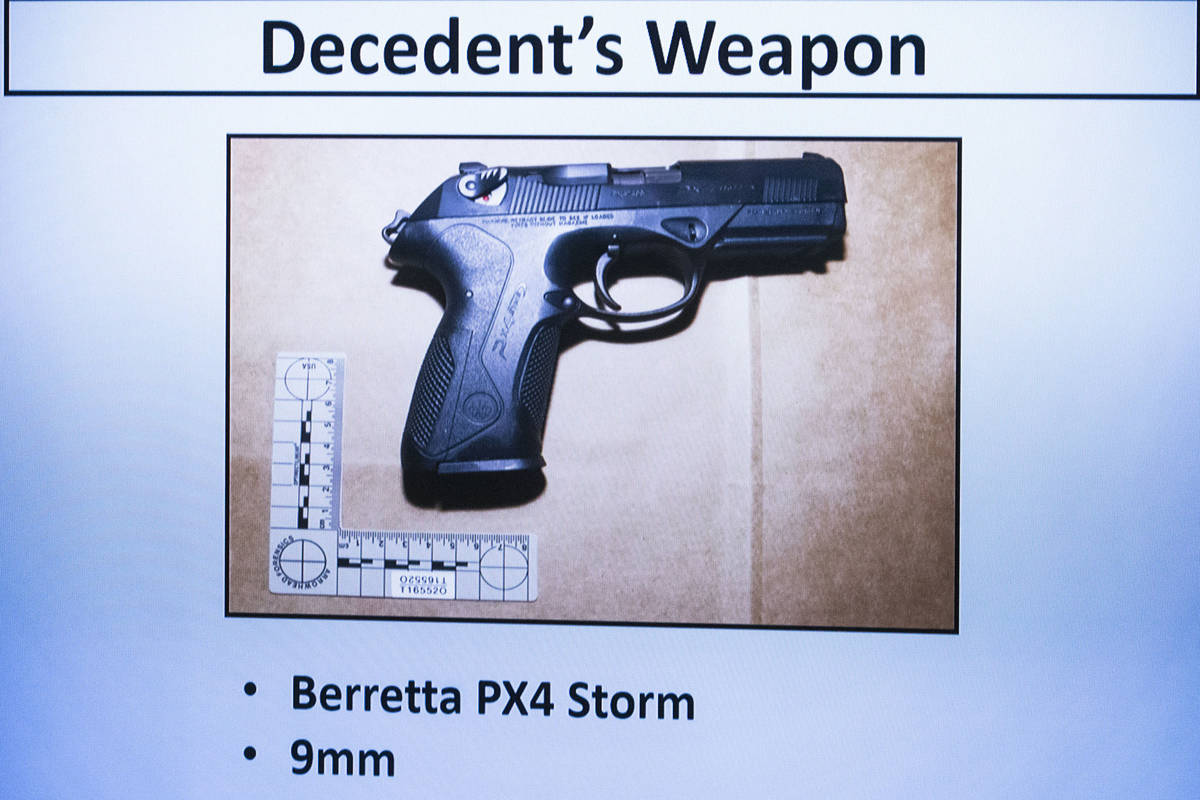 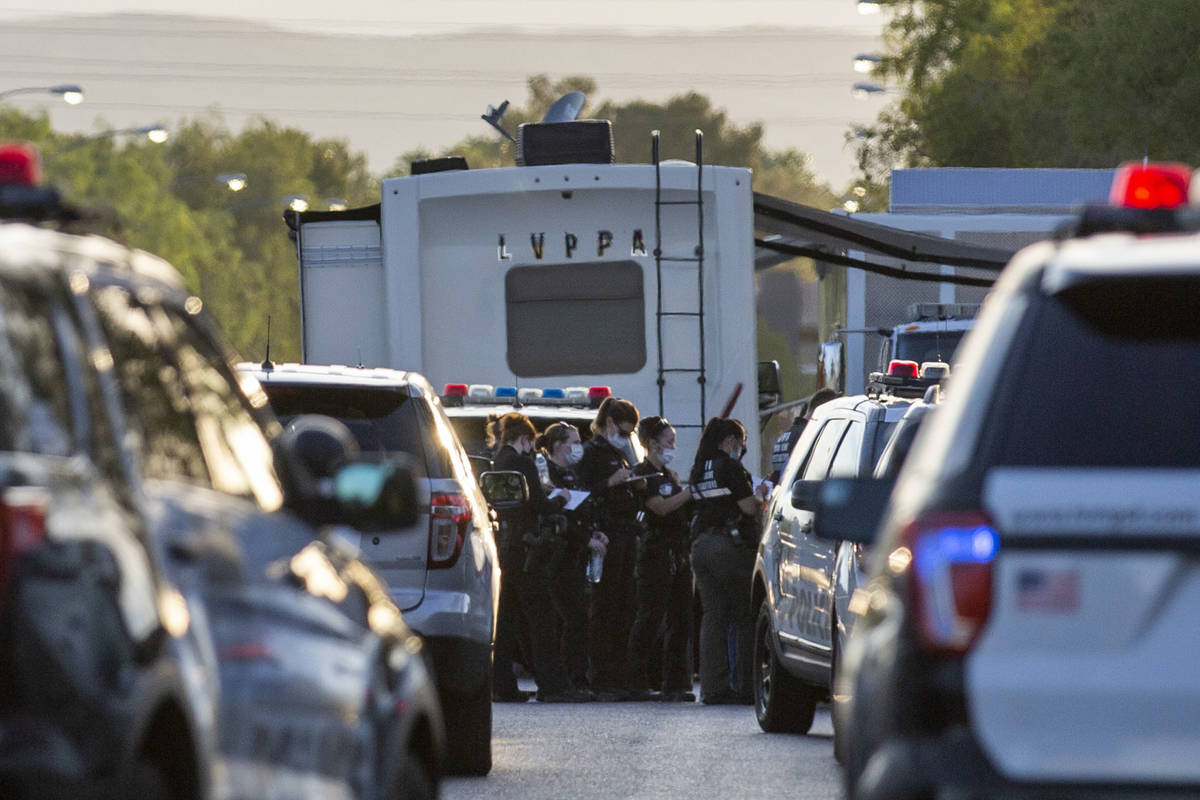 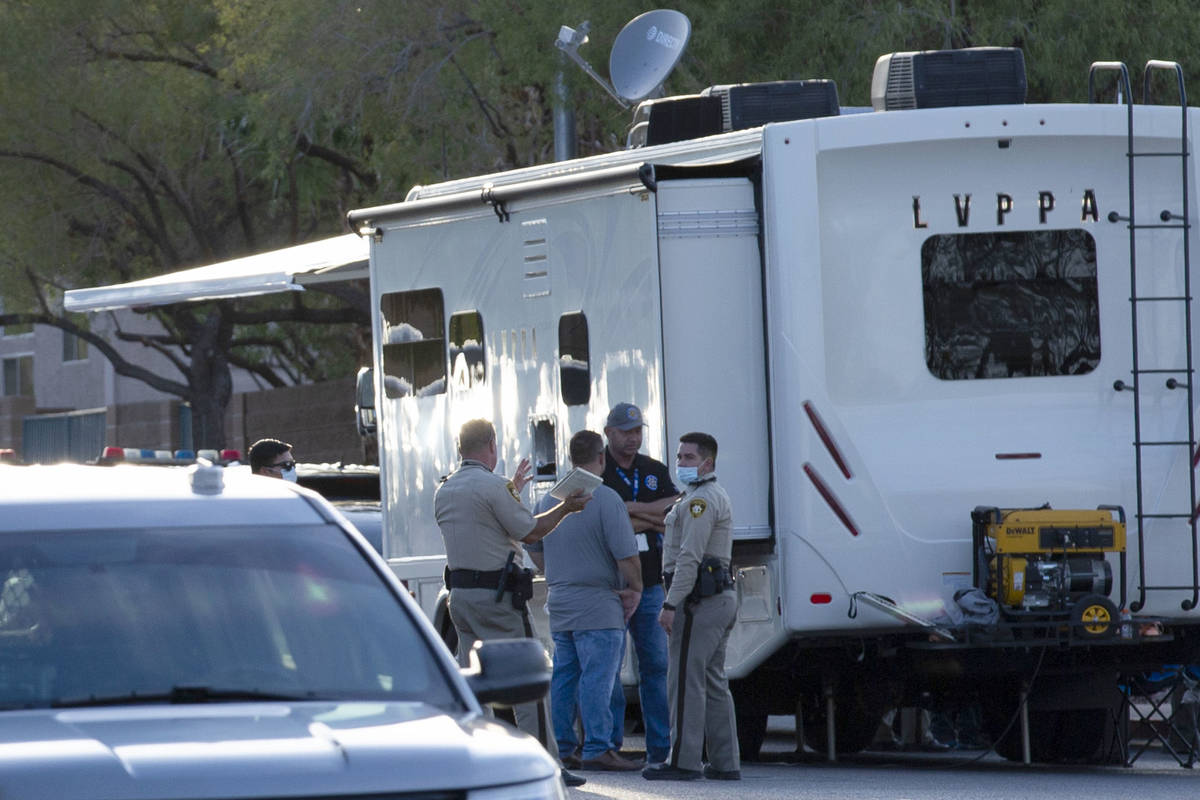 Police were called to Jeffrey Hubbard’s Las Vegas home twice in the months leading up to the August day when officers shot and killed the 67-year-old man, who pointed a gun at police during what his wife described as a “mental breakdown.”

“My husband, he’s going through a mental breakdown right now,” Jeffrey Hubbard’s wife, Linda, told a 911 dispatcher. “He thinks we’re in World War III and he’s in charge of the country.”

In the time that the procedure has been in place, not a single preliminary determination has been overturned following a fact-finding review, and only one police officer has been charged in connection with a death.

On Thursday, Metropolitan Police Department Detective Marc Colon, who led the department’s internal investigation into the shooting, answered questions from a representative of the district attorney’s office and an ombudsman representing Hubbard’s family and the public.

About 4:20 p.m. on Aug. 16, Hubbard’s wife called 911 after he fired three shots into the wall of their house and into a neighbor’s home on the 2800 block of Cygnus Street, near Durango Drive and Sahara Avenue. She later told police that Hubbard had threatened to shoot store employees and their neighbors, Colon said during Thursday’s hearing.

Hubbard was diagnosed with multiple sclerosis about 15 years ago and “became dependent on prescription pain medication,” Colon said. About 12 years ago, Hubbard suffered a “mental episode” but was not diagnosed with a mental illness.

On June 10, Hubbard’s wife requested a medical welfare check for her husband, and three days later, Hubbard’s sister-in-law called 911 again to report that he had threatened to shoot his wife, Colon said.

His sister-in-law also told 911 dispatchers that Hubbard would be “violent with police,” Colon confirmed on Thursday, adding that Hubbard was not at his home when police arrived.

When officers arrived at Hubbard’s house on Aug. 16, his wife already had left the home for her safety. Police used a megaphone to call Hubbard outside, and about 30 minutes later he walked out his front door holding a gun, Colon said.

“He had it behind his back. He raised it in the direction of officers down the street,” Colon said.

Body camera footage shown during Thursday’s hearing captured officers yelling “hands up” and “drop the gun” before they fired. Colon said Hubbard did not shoot at officers.

After Hubbard was shot, according to the video, an officer with a police dog told Hubbard not to reach for the gun. The police dog then ran up and bit Hubbard in the face before police handcuffed him.

Hubbard died at the scene from multiple gunshot wounds, and his death was ruled a homicide, the Clark County coroner’s office has said.

Metro previously has identified the officers who shot at Hubbard as John Fieweger, 33, and Isaiah Garcia, 27. Both men fired two rounds.

They were placed on routine paid administrative leave while the department investigated, but both have since been reinstated, Metro said Thursday. They are assigned to the department’s community policing division.