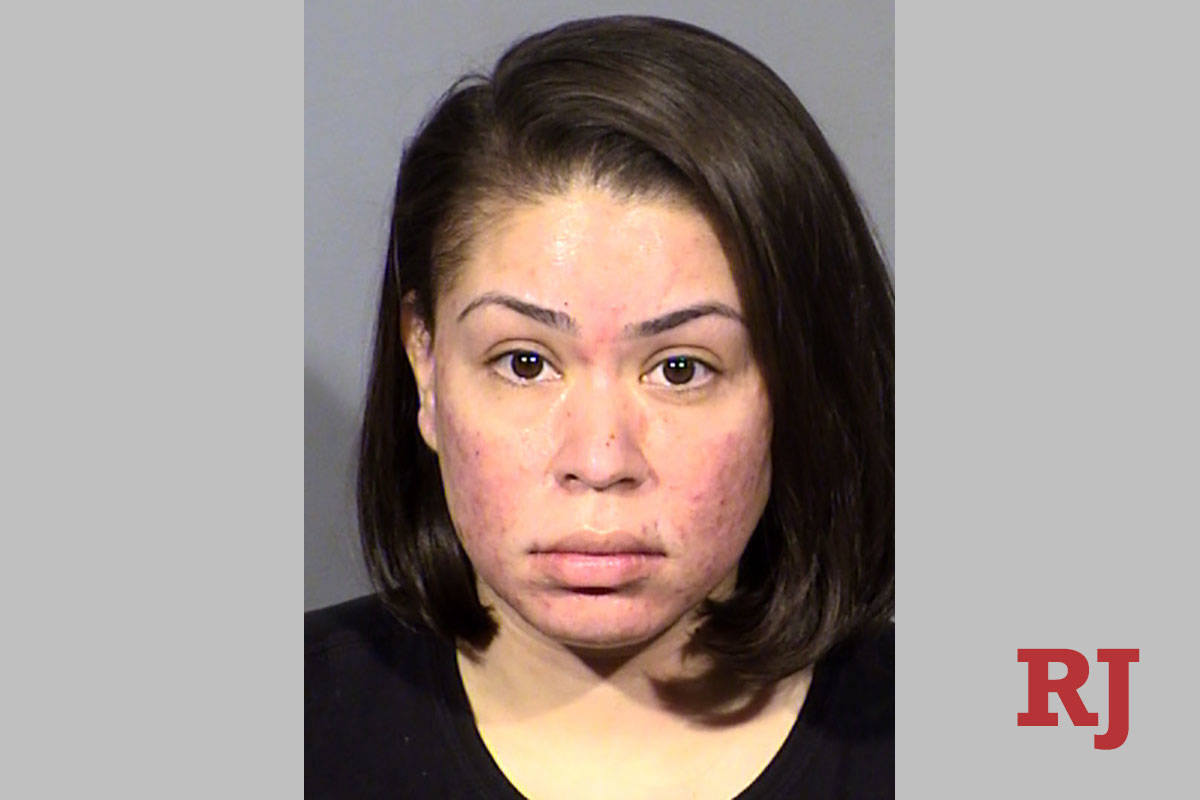 Yanet Ruiz, 31, was arrested Friday and charged with murder in connection with the death of Anthony Rivero of Las Vegas, who police have said was shot and killed Dec. 8 after a dispute with his ex-girlfriend over money.

Janet and Juan Juarez are set to go to trial on murder charges, but the charge against Jhonatan Juarez was dropped, court records show.

When Juan Juarez was arrested on Jan. 21, he was with Ruiz, who has a child with him, according to arresting documents. Ruiz denied knowing anything about the shooting, which happened on the 100 block of Montello Avenue, near Nellis and Charleston boulevards.

On Dec. 8, Rivero’s mother told police she heard an argument outside her home on Montello Avenue and saw a man attempting to get inside a car with Rivero, the report said.

Witnesses also reported seeing a man and woman in an SUV pull up alongside Rivero’s car. Detectives believe Rivero was shot as he drove away, and he crashed about a quarter-mile from the home.

He died at University Medical Center from a gunshot wound to the back, the Clark County coroner’s office said. His death was ruled a homicide.

Ruiz said she was near Pecos Road and Las Vegas Boulevard South at the time of the shooting, but cellphone records placed her near the scene on Dec. 8 in east Las Vegas, the report said. Cellphone records also showed that she was communicating with Janet Juarez “before and after the crime.”

According to the report, Ruiz admitted to owning a white GMC Yukon, which police said was captured by surveillance footage at the scene of the shooting.

Investigators believe the shooting happened after an argument between Janet Juarez and Rivero, when witnesses heard the woman threaten her ex-boyfriend, who was the father of her young child, court document show.

“Janet made several threats towards (Rivero),” and threatened to have her brothers “handle him,” according to an arrest report.

Janet and Juan Juarez have pleaded not guilty and have been released from custody on high-level electronic monitoring. A trial in their case is scheduled for June 14, court records show.

Ruiz has been released from custody on medium-level electronic monitoring and has been ordered to live away from Juan Juarez, court records show. She is scheduled to appear for a preliminary hearing on July 15.