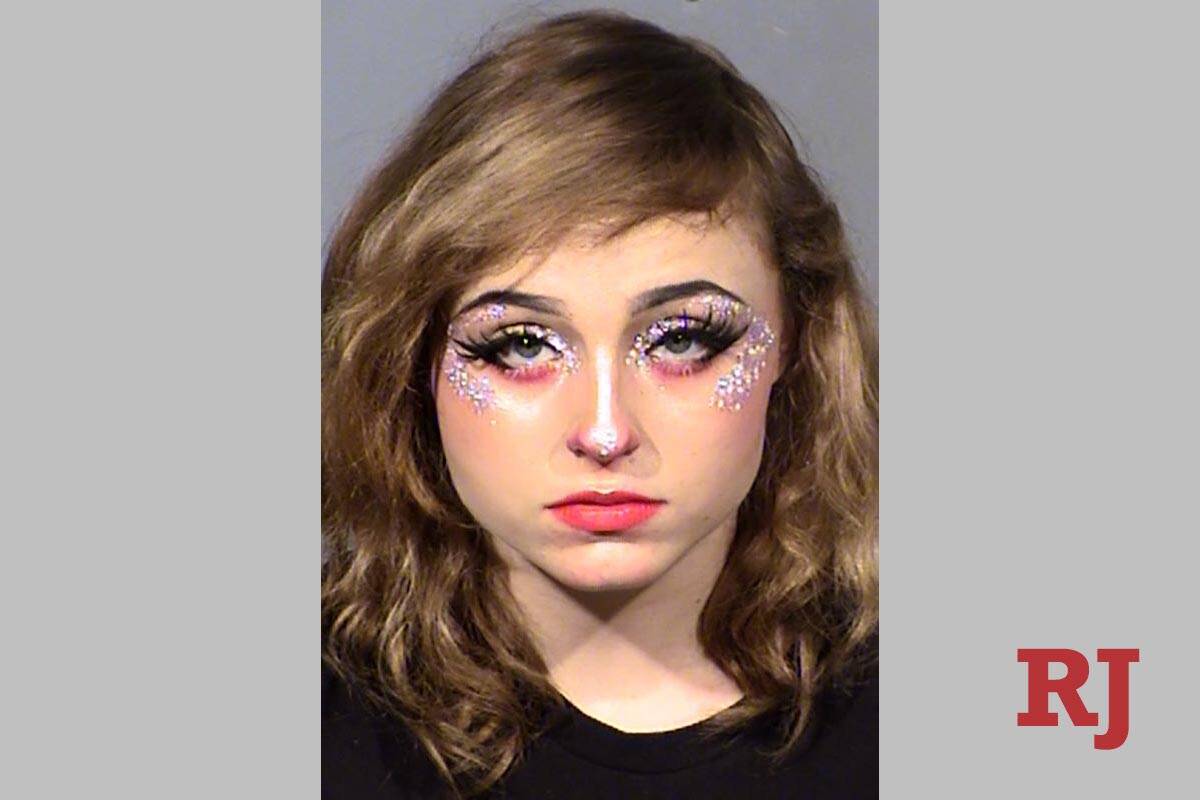 Alarmed that his 21-year-old daughter had not left her locked bedroom for hours, a Las Vegas man kicked in the door to find her dead from a drug overdose.

Next to the body of Adrianna Folks, investigators found charred aluminum foil, a plastic straw and a partially smoked pill that tested positive for fentanyl, according to the Metropolitan Police Department.

Aria Styron, 21, was arrested outside a Las Vegas movie theater and jailed last week on one count each of second-degree-murder and a drug-related felony, court records show.

Styron was being held without bail and was due in court Thursday morning, records show.

Folks died on March 4 from fentanyl toxicity, the Clark County coroner’s office ruled, classifying her overdose as an accident. Folks was one of at least 174 people killed by fentanyl, the synthetic opioid said to be up-to 100 times stronger than morphine, this year through August, Metro figures showed.

A report recently made public by health officials determined that overdose deaths in 2020 among Nevada residents under the age of 25 nearly tripled from the previous year, with Metro forecasting a more deadly end of 2021.

Metro has been pursuing murder charges for suspects accused of providing fatal drug doses. Styron is at least the third suspect facing such charges this year.

Folks’ family told police that she had struggled with addiction but believed she had been free from any illegal drugs for about a year. That sobriety, they theorized, ended with her boyfriend’s overdose death a couple of months before she died, according to the arrest report.

The night before Folks’ father found her dead, she told a friend that she bought oxycodone from Styron, according to police, who confirmed the allegations through phone messages.

That same night, Folks appeared sober and was watching a movie before she went out to grab food. But investigators also pinged her location at Styron’s apartment, where police alleged that the drug transaction occurred.

“So I just started using opiates again and have been smoking ‘oxies’ pressed with (fentanyl),” Folks wrote the night of March 3 with a Reddit account police linked to her, according to the report.

She wrote that she was “nodding” in and out of consciousness, police said.

“Let me know if this has happened to any of (you all),” the post continued. “Or if you have any insight as to what might be happening?”