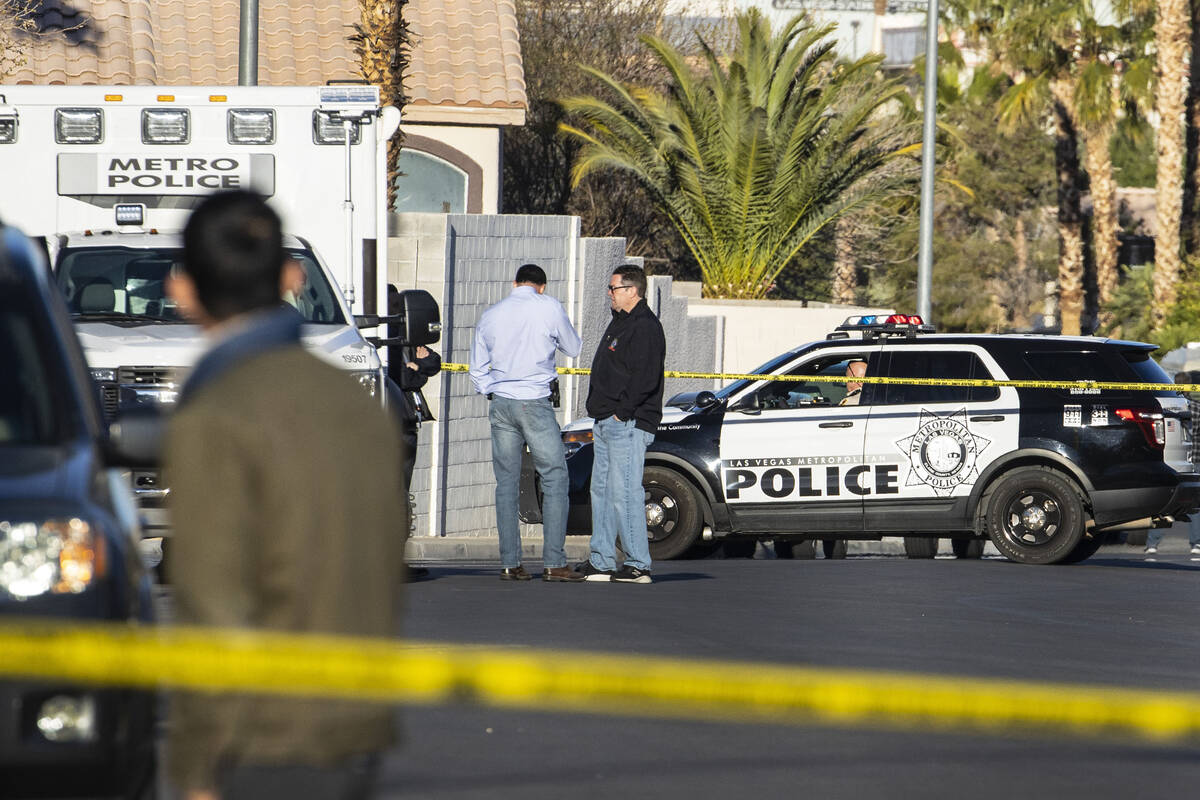 Las Vegas police is investigating a homicide after a woman shot and killed her ex-boyfriend on the 2900 block of Seasons Avenue, near the border between Henderson and Las Vegas on Wednesday, March 23, 2022. (Bizuayehu Tesfaye/Las Vegas Review-Journal) @btesfaye 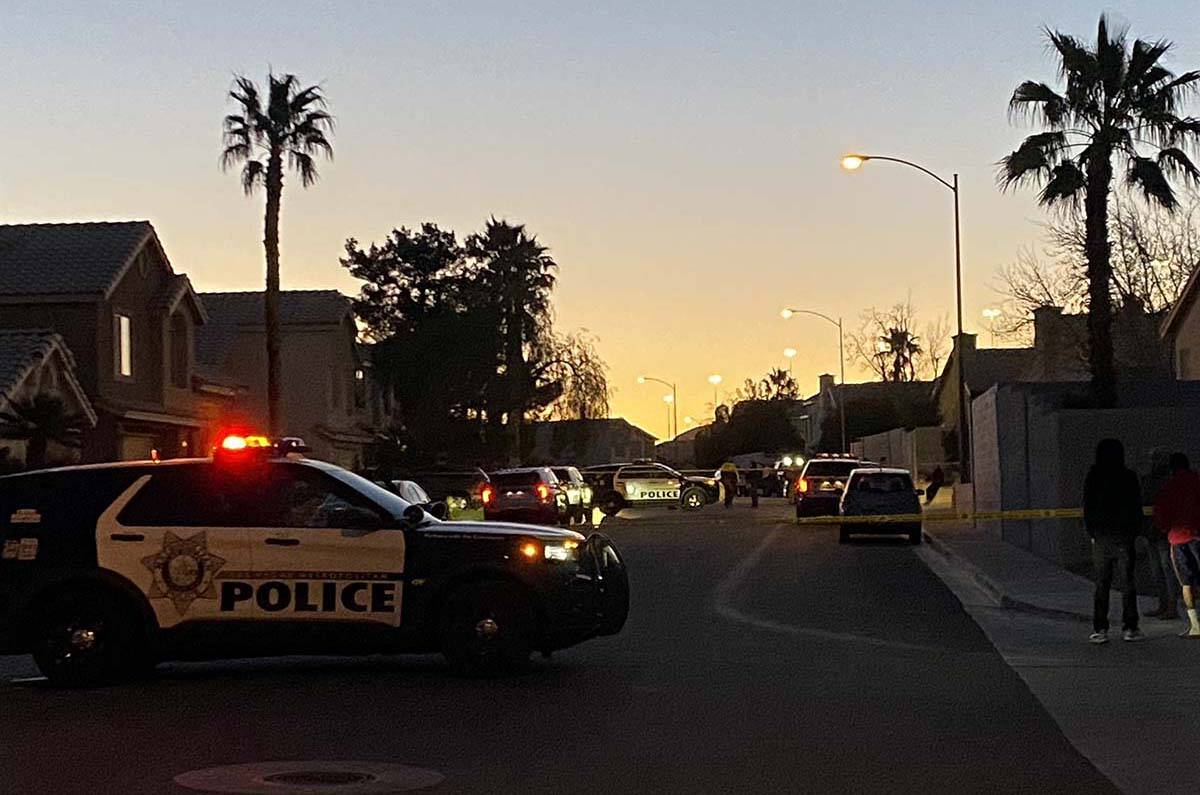 Las Vegas police are investigating a homicide in the 2900 block of Seasons Avenue. (Glenn Puit)

A woman shot and killed her ex-boyfriend after she called 911 to report that he was breaking into her house early Wednesday, Las Vegas police said.

Police said the shooting took place on the 2900 block of Seasons Avenue, near Eastern Avenue and the 215 Beltway, at 4:30 a.m.

Las Vegas police Lt. Ray Spencer said the woman was in the house with her boyfriend and three small children when her ex-boyfriend broke into the house.

Spencer said the man left the house when he saw the woman was armed but returned later armed with a gun. The intruder then held the gun to the head of the woman’s current boyfriend, and she fired one shot, killing the ex-boyfriend, Spencer said.

“At this point in the investigation all indications are that the woman acted in self defense,” Spencer said. “Once the investigation is completed the case is submitted to the district attorney who will make that ultimate decision.”

A child who lives inside the home also called 911 during the confrontation, Spencer said. The children were not injured.

The shooting happened in a residential neighborhood near the border between Henderson and Las Vegas. Residents said they were shocked by the killing on their street.

“I’ve been here since 1995 and it is very quiet, tucked away here,” said Patricia Marr, who lives near the shooting scene.

Marr said she emerged from her home early Wednesday to see police, crime scene tape and a television news truck parked in front of her house.

“It shocked me,” Marr said. “It really is shocking. It is tragic.”