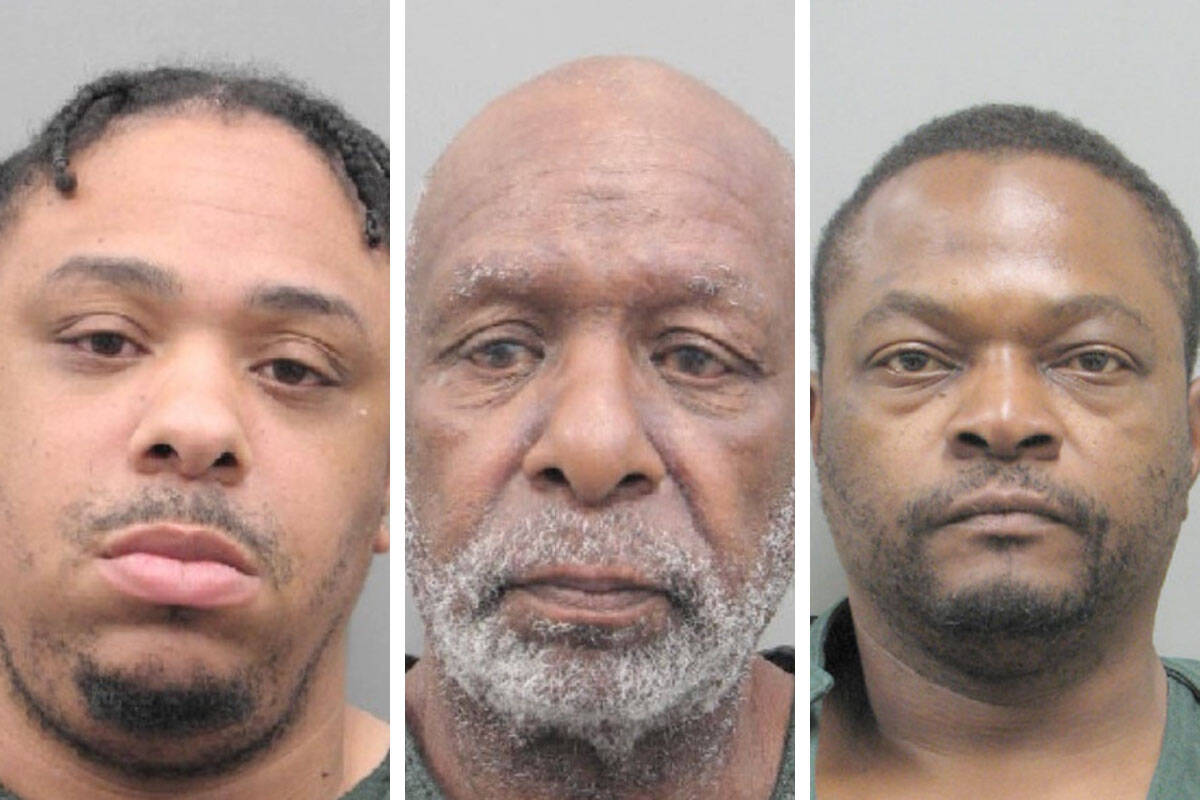 An employee at Vegas Valley Mart on North Boulder Highway told police that she was robbed while leaving work on Sept. 3. When the suspected robber returned to the store Friday, the woman alerted her boyfriend, brother and father, according to an arrest report from the Henderson Police Department.

The trio, later identified in the arrest report as Andre Harris, Stephon Epps, 32, and Floyd Epps, 69, found the suspected robber around 10:30 p.m. in the convenience store parking lot and hit him with a pipe, the man told police.

An hour later, a clerk at a 7-Eleven near Vegas Valley Mart called police to say the attackers had returned and beaten the suspected robber again, leaving him bleeding in the street, according to the arrest report.

Police said Richard Delgado, 62, was taken to Sunrise Hospital and Medical Center where he died.

Video from the scene showed Harris throw a rock at Delgado, who was holding a knife, before Harris tackled him, took the knife and stabbed Delgado, police said. Stephon and Floyd Epps were seen kicking Delgado and stomping on his head before the trio drove off.

A fourth man, identified as Howard Tillis, told police he stayed in the car throughout the attack.

“Floyd admitted much of what he did but claimed he acted in self defense because Richard had the knife,” police wrote in the arrest report.

Stephon and Floyd Epps were arrested Sunday and held without bail. Harris had not been arrested as of Tuesday morning.