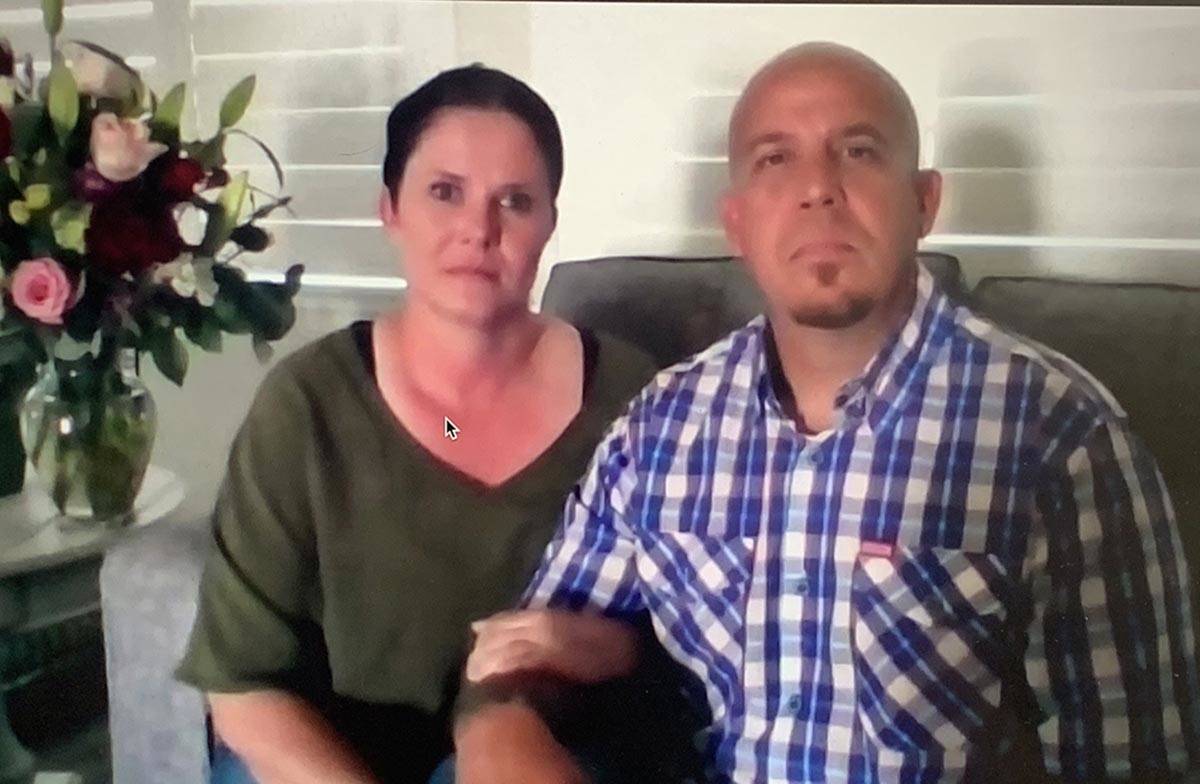 Jodie and Dennis Selby pose for a portrait via Zoom from their home in Vacaville, Calif., on Wednesday, April 28, 2021. (David Guzman/Las Vegas Review-Journal) 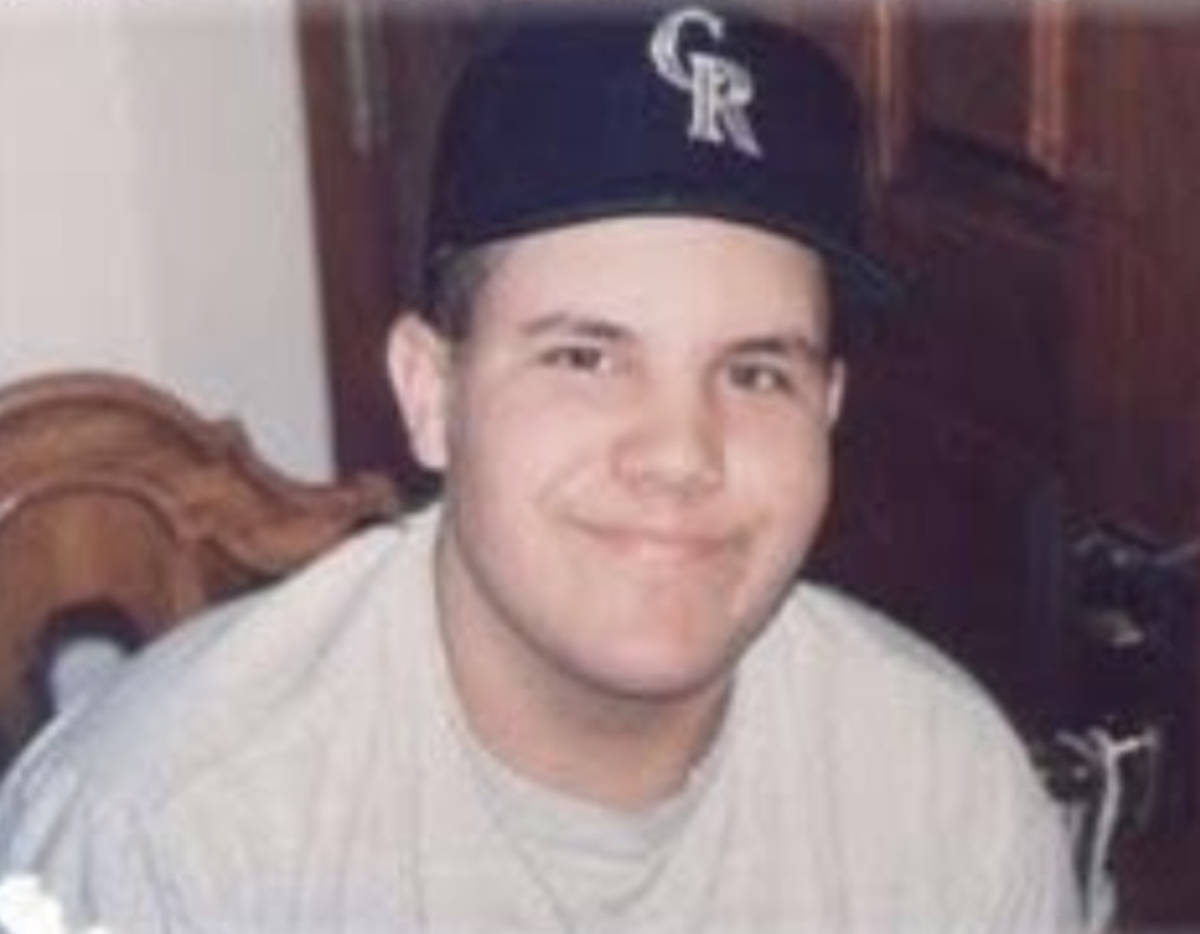 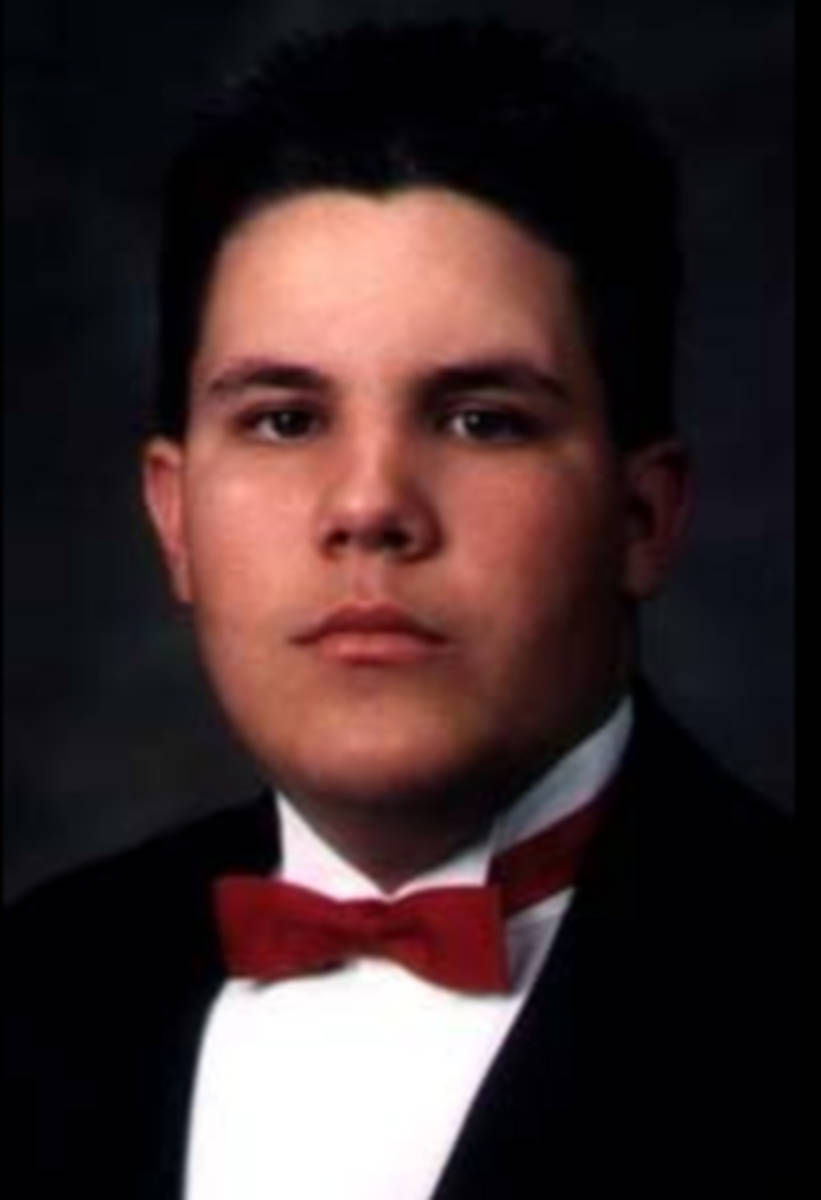 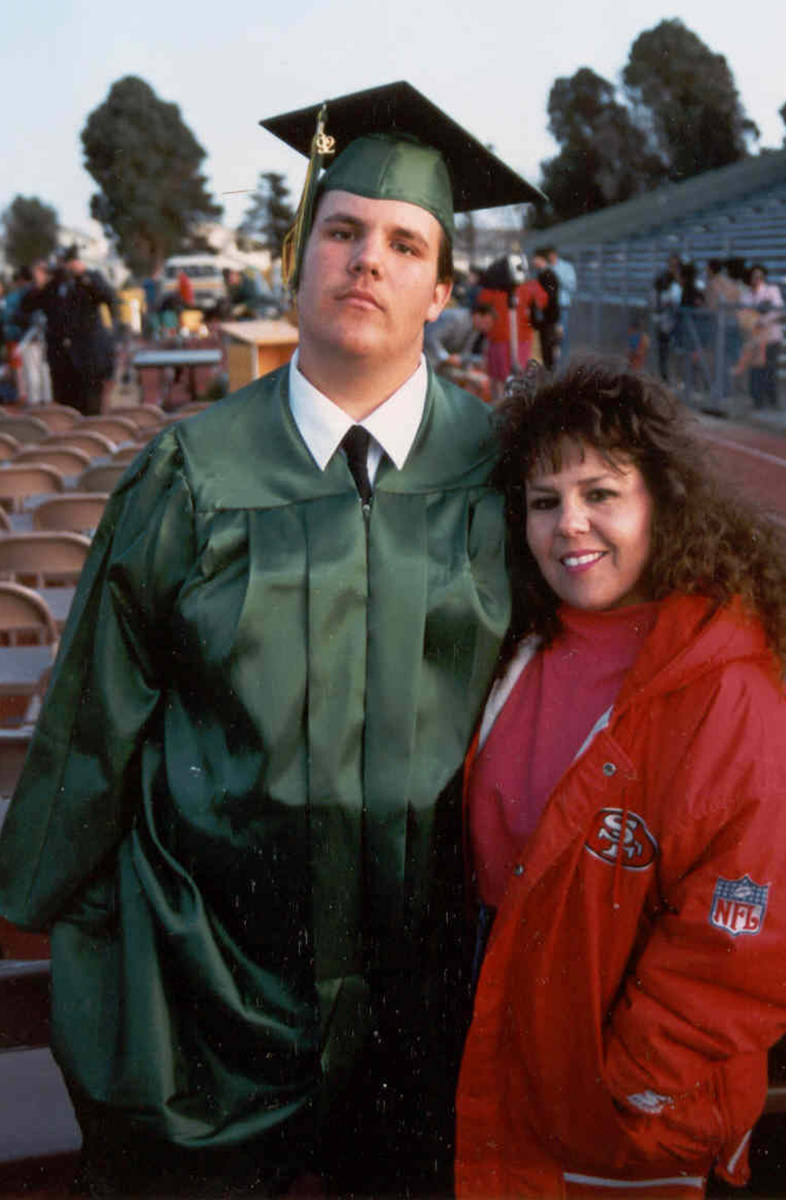 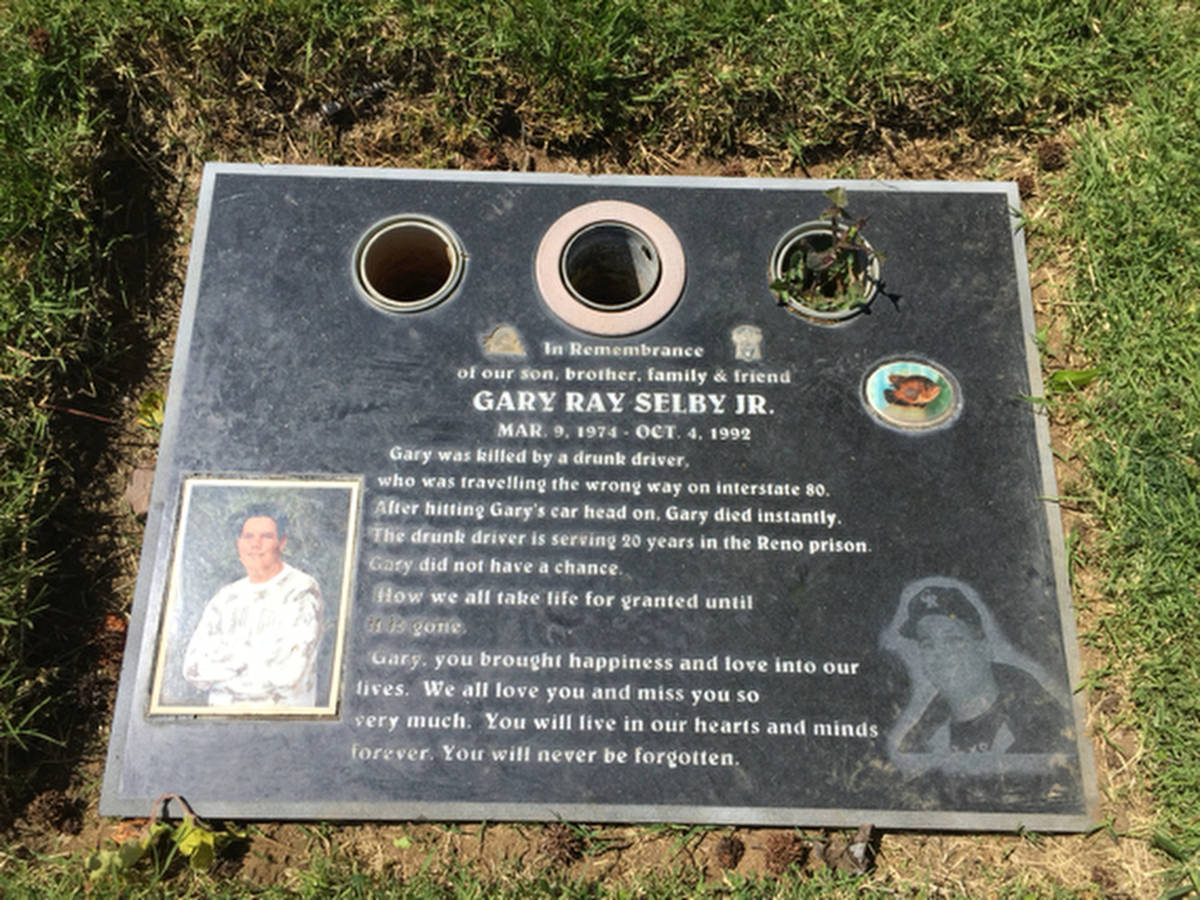 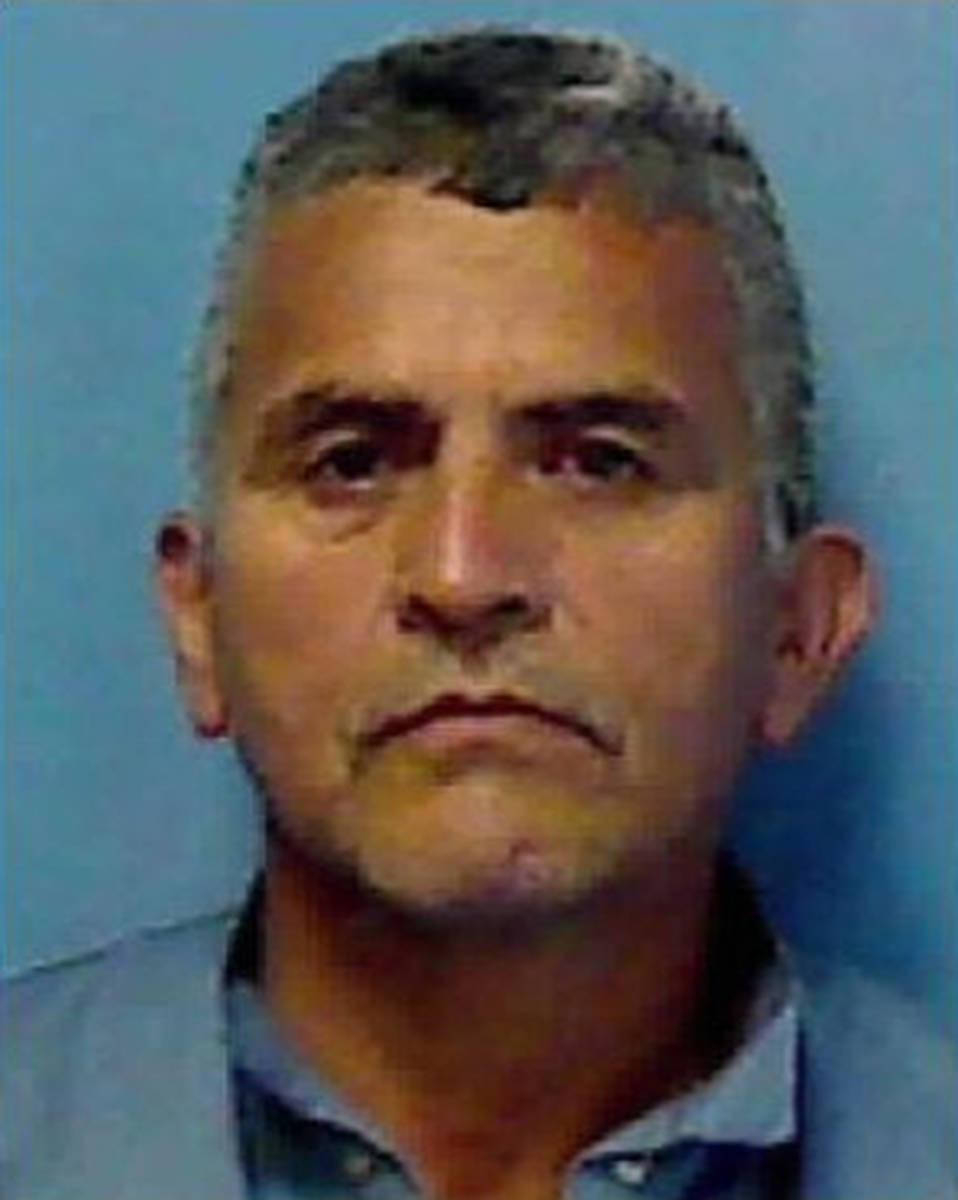 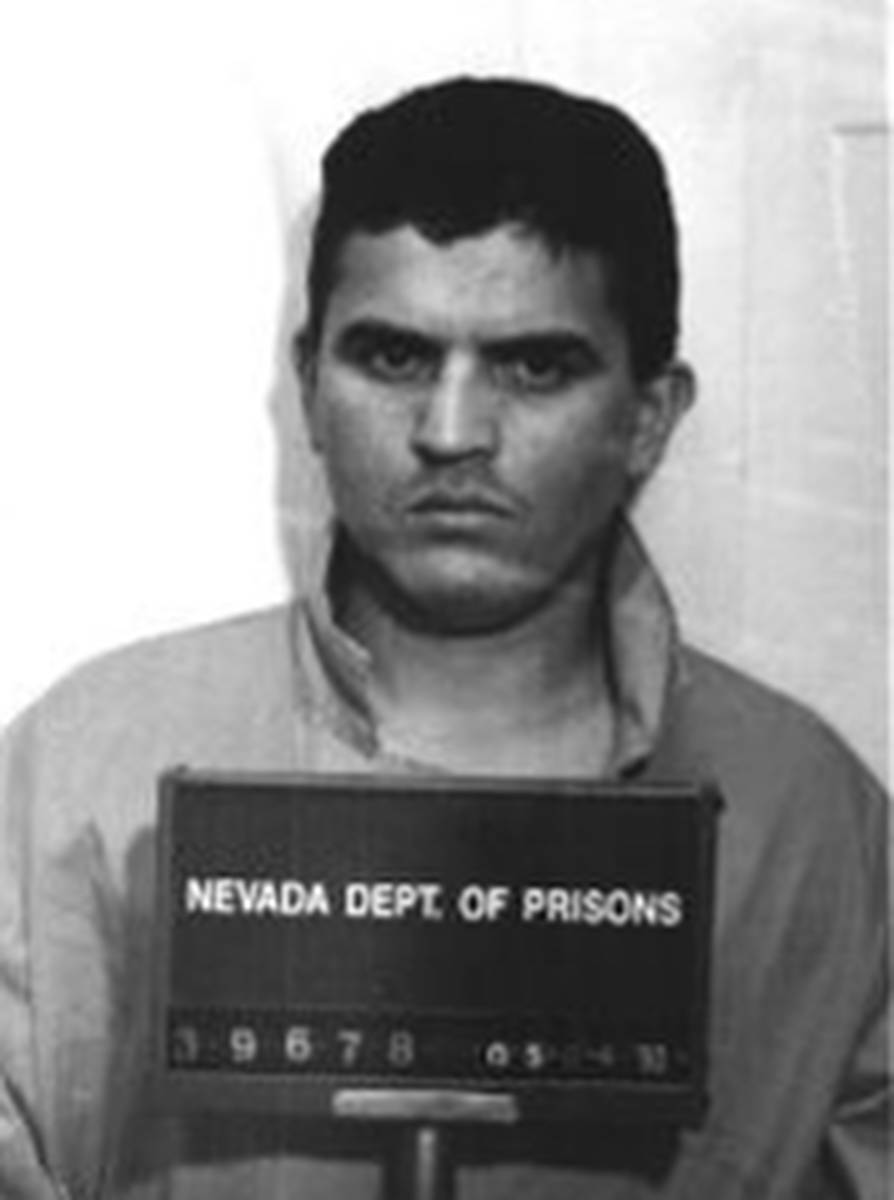 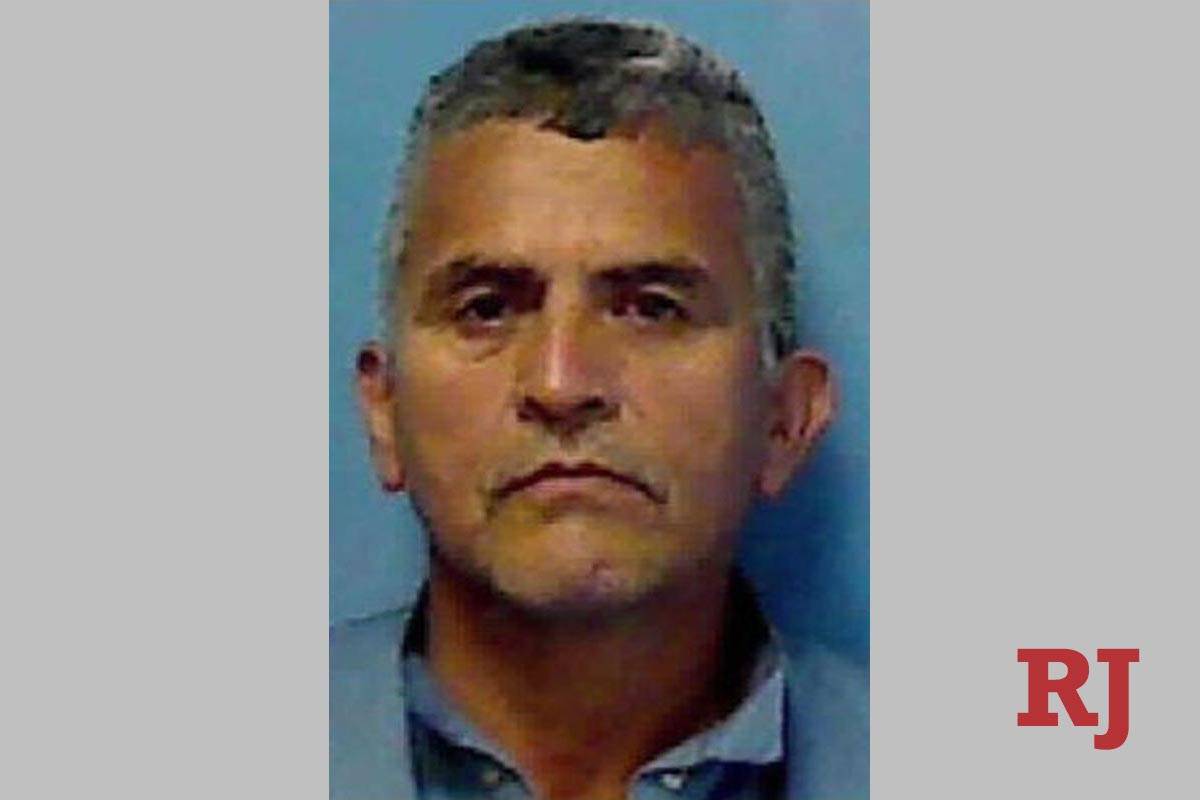 The first sign of hope for the family of Gary Selby Jr. came in December.

It was one message from an investigator, after decades of waiting: “We’re getting close.”

On April 21, the news finally came. Samuel Gallardo — after 27 years on the lam — was extradited to Las Vegas from Mexico.

Selby was just 18 when he was killed in a DUI crash in 1992 near Wells in Northern Nevada. Gallardo was driving the wrong way on the interstate in his friend’s 1977 Ford when he collided with Selby’s vehicle, killing him and seriously injuring two passengers. Court records show Gallardo’s blood-alcohol level was twice the legal limit.

Gallardo was in low-minimum custody when he walked off from the Stewart Conservation Camp 10 miles north of Carson City on Feb. 24, 1994, less than a year after beginning his 20-year sentence.

The case went cold until 2015, when Selby’s family tipped off authorities to Gallardo’s whereabouts.

“It just fell off the radar,” Selby’s younger brother, Dennis, said. “There was nobody out there that was searching for him. It was just a lost cause, I guess.”

Selby’s family, who live in Vacaville, California, said they didn’t learn about Gallardo’s escape until about a month after it happened. They were notified by Mothers Against Drunk Driving.

Afterward, they hit a brick wall every place they asked. Selby’s aunt, Holly Bayol, said she was told by the Nevada state prison that the only way he would be caught is if he was jailed in another state or rearrested.

“That wasn’t good enough for me,” she said. “I’ve been searching for a long time, and I never gave up once.”

Bayol began posting her nephew’s information online after she got her first computer in 1997.

She submitted his information to Fugitive Watch, a website dedicated to posting mugshots of suspected criminals on the loose. She even landed a 30-second segment on “America’s Most Wanted.”

But it wasn’t until 2015 when Dennis’ wife, Jodie, started digging into the case that the investigation started heating up again. She said she used skip tracing, a method commonly used by private investigators, to locate Gallardo.

She started with the police report. Court records indicate that Arnulfo Gallardo, the fugitive’s younger brother, had been asleep in the back seat of the Ford the night of the crash.

She then typed in the brother’s name and birthdate from the report and found a hit to somebody living in Las Vegas. She was able to find more family members and friends on Facebook.

Within a half-hour, she had narrowed it down to the city in Mexico where Samuel Gallardo was ultimately found.

“We thought we certainly know where the family is, but the gentleman who we initially thought it was, it wasn’t the same guy that they arrested,” Jodie Selby said.

After calling the Nevada Department of Corrections, she was referred to the U.S. Marshals Service, which declined an interview with the Review-Journal about the case.

But because of political obstacles regarding extradition, it took six years to bring him to justice, the Marshals Service said last week.

“But he never stopped,” Jodie Selby said of the investigator assigned to their case.

On their late family member’s birthday, at Christmas, and on the anniversary of his death, they would send the investigator a picture, just to remind him.

For his aunt, Bayol, the apprehension is bittersweet justice.

“It won’t bring my nephew back,” she said. “But maybe it’ll teach someone that you can run, but you can’t hide forever.”

Though Dennis Selby was only 15 at the time of the crash, he often came to his brother’s rescue when he was teased in school. Dennis Selby joked that his older brother couldn’t grow a beard but was blessed with the good looks out of the two.

Gary Selby was a diehard Raiders fan. He showed his brother how to ride dirt bikes. They built tracks and jumps with their friends in the neighborhood. He kept a tank of oscar fish.

He had just graduated from Vanden High School in Fairfield, California, and had plans to go to college one day.

The day before his death, he left Vacaville to spend the weekend in Reno to watch his friends ride BMX bikes.

The next day, around 5 a.m., the phone call came that he had died. Dennis Selby said he can still hear his mom screaming. And though his parents declined to be interviewed for this story, Stephanie Selby testified in court that her firstborn was always helping her around the house.

A week after his brother’s death, Dennis Selby found a letter on the top shelf in the garage that read: “If I die, read this letter.”

It advised his family to listen to the song “Nothing Else Matters” by Metallica and to think of him.

Samuel Gallardo, 52, is now at High Desert State Prison in Indian Springs and faces one felony count of escape.

Michael Desch, a deputy U.S. marshal in Las Vegas, said the state was initially handling the investigation until 2015 when the federal agency received a tip about Gallardo’s potential whereabouts.

“He got comfortable and made some mistakes, and we were able to capitalize on those mistakes,” Desch said.

Little is known about the life he was living when he was found in Nayarit, Mexico, in January 2020, the Marshals Service said. A state prison report indicates that he had a third child since escaping. He had two kids when he was incarcerated at age 24.

On April 23, 1993, District Judge Steven Kosach in Washoe County sentenced him to 20 years in prison. Had he served his sentence, he would have been eligible for release after three years and four months, court records show.

At the sentencing, Selby’s brother shared that he would never get to be an uncle, according to court transcripts. His father, Gary Selby Sr., said his son’s death tore everything apart that he loved and cared about.

“It’s like a yo-yo going up and down because of the emotions that are going through our lives losing somebody as close as Gary was to us,” the dad testified.

At the sentencing, Samuel Gallardo apologized to the family. Through a Spanish translator, he said he would give his life to return their child to them.

“I can’t explain how I was able to cause so much pain. I simply consider myself responsible,” he said. “All the days of my life are going to be of suffering and remorse. In prison or out of prison, any place where I go, I will be like this.”

Gallardo is expected to appear in court on May 18 in Carson City. Selby’s family plans to be there.