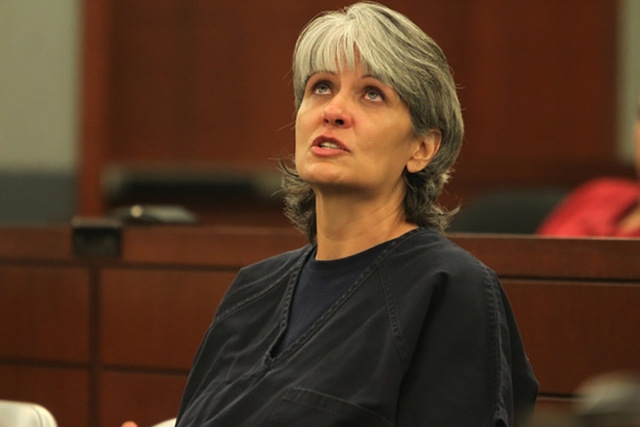 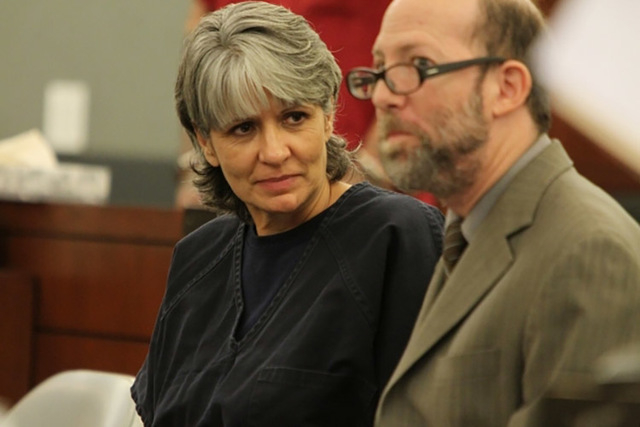 A judge this week vacated the conviction of a Las Vegas grandmother who said her gambling addiction led to stealing more than $500,000 from a business where she worked.

Defense lawyers argued that 53-year-old Jerry Nann Meador should be released from prison and enrolled in a rarely used gambler’s diversion treatment program.

Meanwhile, Meador sits in the Florence McClure Women’s Correctional Center, where she was ordered in January 2014 to spend four to 10 years.

Gambling is “always going to be an issue in her life,” said one of her attorneys, Dayvid Figler. “Rehabilitation gives her a stronger set of tools to deal with it for the rest of her life, so that this type of activity — the theft — never happens again. That’s the whole goal.”

Prosecutors counter that she should stay locked up because she has no way to repay the money she stole.

District Judge Jessie Walsh could decide as early as next month whether Meador’s crime was committed because of a gambling problem and whether she is a suitable candidate for the treatment.

Prosecutors argued that Meador stole at least $542,000 from a plumbing business where she worked for nearly 25 years as an office manager and bookkeeper. Meador might have taken as much as $1 million, according to prosecutors, but some of the theft was not discovered until the statute of limitations expired.

She spent the money on video poker and slot machines but also made credit card, cellphone and satellite television payments, prosecutors said.

“Sure, she used their money to gamble just as freely as she did for her living expenses, but if it were a ‘problem,’ she would have spent the living expenses on gambling as well,” prosecutor Ryan MacDonald wrote in court papers. “That’s what addicts do — they don’t let a house payment come between the addict and the object of their addiction. They play it all.”

Before being caught, Meador, who has since been diagnosed with a gambling addiction, ran through $1.5 million or more a year in gambling machines, her lawyers said.

Clark County offers diversion to treatment-oriented special courts for drug addicts, repeat DUI offenders and troubled war veterans. But in the nearly seven years since Nevada lawmakers authorized treatment instead of prison for nonviolent problem gamblers, diversion has been granted in only two cases.

“I think the statute was written for somebody like Nann,” defense attorney Ross Goodman said.

Figler said treatment for problem gamblers is crucial in a community where wagers are offered not just on the Strip but in strip malls, laundromats, gas stations and grocery stores.

“There is no fun for any of these people” addicted to gambling, he said. “The fun stopped a long, long time ago. But the gambling continues until they’re devastated or they have no more money, and they’re caught up in the justice system.”