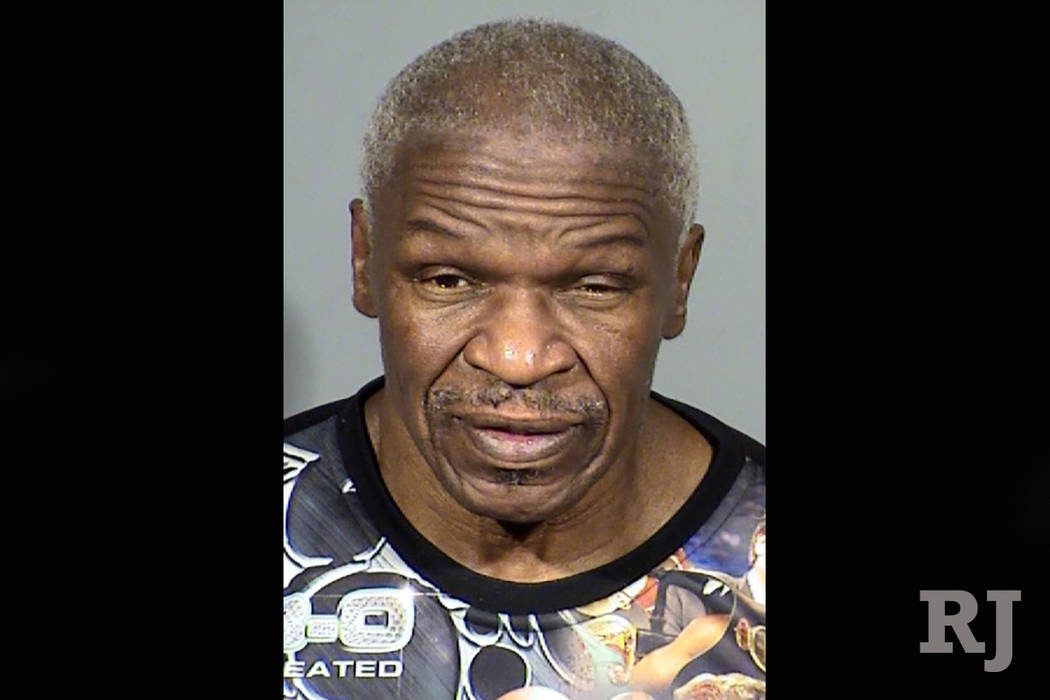 Las Vegas police said Floyd Mayweather Sr. dragged a woman by the leg from the backseat of his car and punched her after a boxing match on the Strip, according to court documents obtained Thursday.

The father of boxer Floyd Mayweather Jr. battered her hours after the Sept. 16 fight at T-Mobile Arena between Saul “Canelo” Alvarez and Gennady Golovkin, the elder Mayweather’s arrest warrant said.

“Floyd SR yelled at her to get out of the car and proceeded to grab her leg and drag her out of the vehicle and then punched her thigh area of her leg,” the warrant said.

The woman and her husband had attended the fight with Mayweather Sr. and his girlfriend, the Metropolitan Police Department wrote in his arrest warrant. After the fight, Mayweather Sr. and the woman got into an argument while walking back to his vehicle.

Mayweather Sr. was going to drive them home, police were told, but the husband said the woman was “verbally antagonizing” the elder Mayweather as she got into the back of the car.

Police said Mayweather Sr. pulled her from the car and battered her. He then drove off, leaving the woman and her husband in a parking lot.

The woman suffered a small scratch on her left forearm, a large scratch “that ran all the way up her back” and a bruise on her left thigh, police wrote in the warrant. She was treated at Centennial Hills Hospital Medical Center.

Mayweather Sr. on Thursday pleaded not guilty to a charge of misdemeanor battery.

A warrant for his arrest was issued Jan. 16. Mayweather Sr. was in Clark County Detention Center Wednesday, but has since posted bond.