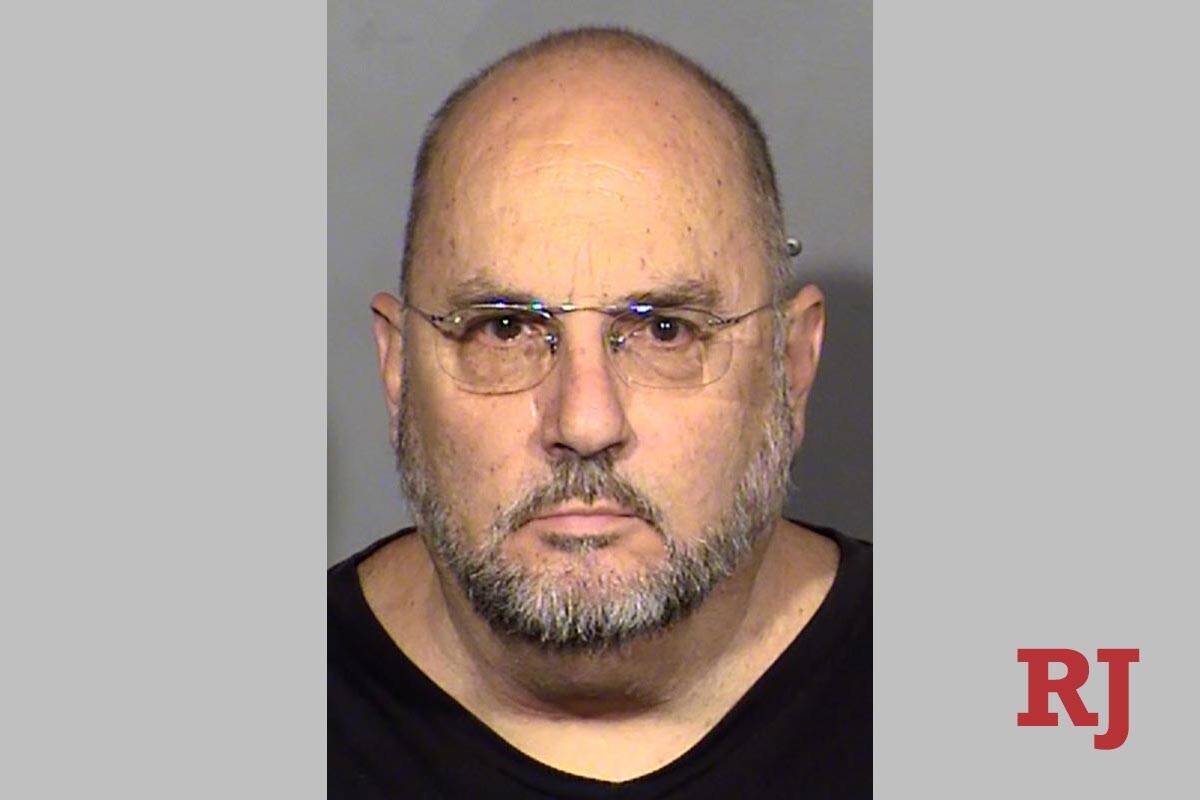 A Las Vegas attorney was arrested Thursday on a warrant charging him with five counts of open and gross lewdness, police said.

Douglas Crawford, 67, who works at a law firm in the 500 block of South Seventh Street, was booked into the Clark County Detention Center, according to a Metropolitan Police Department news release.

Crawford has been a member of the State Bar of Nevada since 1985. His law license is now active, but it was suspended in 2009.

The bar recommended disbarring Crawford, and the Nevada Supreme Court suspended him for five years in 2009, according to Las Vegas Review-Journal archives.

The then-suspended personal injury attorney was charged in 2010 with stealing from several clients.

Crawford resigned from his position as a law clerk for then-Family Court Judge Jennifer Elliot after pleading guilty. He said he stole from clients to support gambling, alcohol and drug addictions, according to Review-Journal archives.

He is due in court on Tuesday and is being held without bail, court records show.

On Friday, the State Bar of Nevada’s chief counsel, Daniel Hooge, emailed the following statement to the Las Vegas Review-Journal:

“Each member of the State Bar owes the public a duty to maintain standards of personal integrity. The public expects lawyers to abide by the law and to act with high moral standards. Anything less will result in discipline. The State Bar received similar complaints against Douglas Crawford. It opened an investigation and will prosecute the matter.”