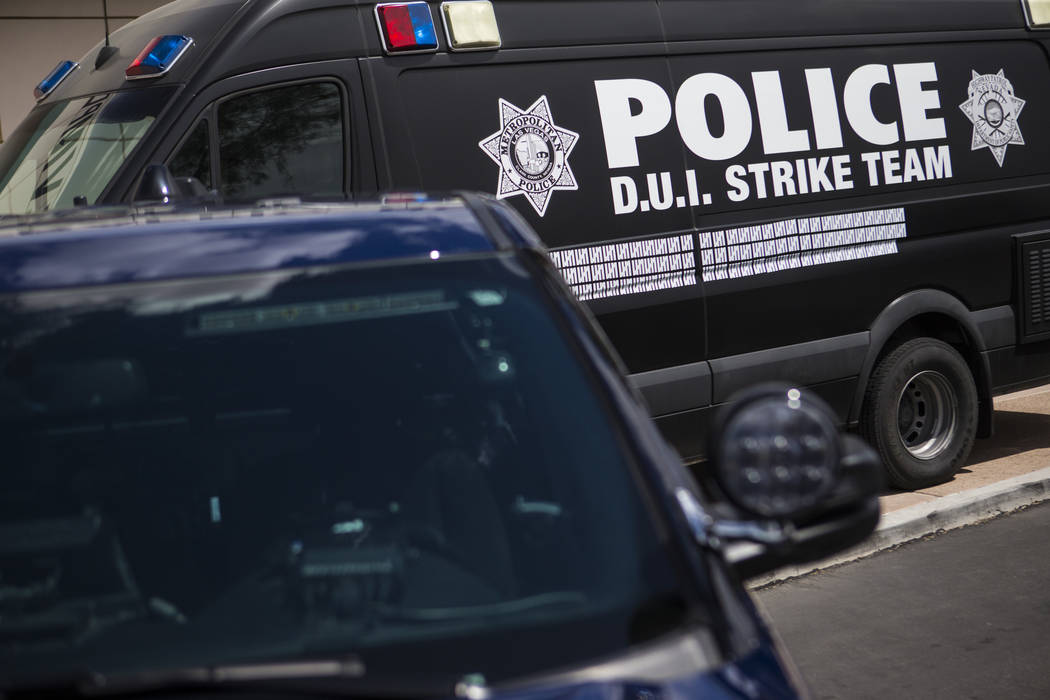 Less than a year after its first patrol, the DUI Strike Team reached 1,000 DUI-related arrests.

The team is made up of five Metropolitan Police Department officers, three Nevada Highway Patrol troopers and one Metro sergeant who patrol four days a week. Their days and hours vary in an effort to remain inconspicuous, according to Metro Capt. Jason Letkiewicz.

And the approach seems to have worked: Letkiewicz said the team made its thousandth arrest on Oct. 3, a milestone he said shows how DUI-related fatalities have decreased dramatically since last year.

“Forty-eight percent of the traffic fatalities in our jurisdiction are DUI-related, or some sort of impairment-related,” Letkiewicz said. “Right now it’s down to 22 percent, so you’re talking about a 26 percent decrease in the number of DUI-related fatalities.”

Letkiewicz said his goal is to grow the program and add a second team.

“I would like to see us be able to disband this team some day because we can’t find any DUIs,” Solow said. “When it comes down to it, we want people to have a plan before they go out so everyone can stay safe.”