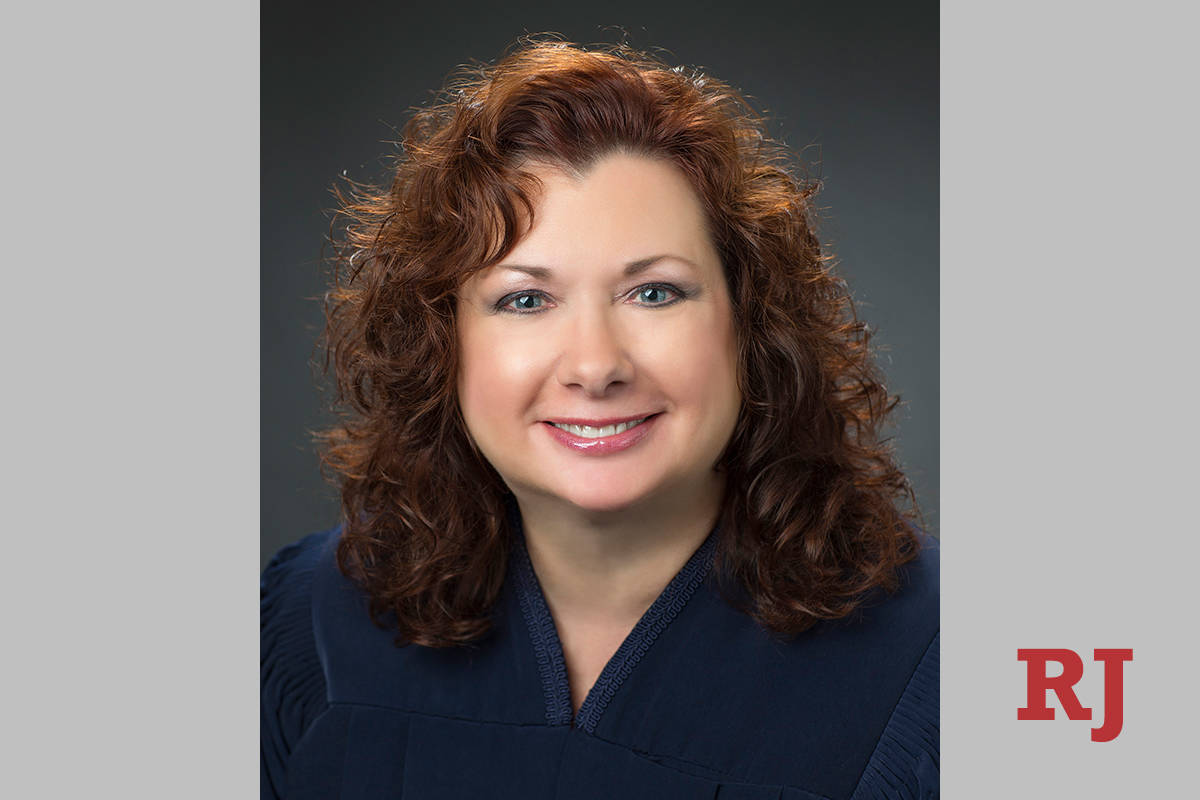 A Family Court judge who lost her seat in the June primary has been given a reprieve from the Nevada Supreme Court.

Judge Rena Hughes, whose term expires at the end of the year, had faced public reprimand by the state’s Commission on Judicial Discipline in 2018 for her orders in a custody battle.

But the high court wrote in a decision handed down last week that the punishment was not warranted, and the commission overstepped its powers after it “misconstrued” the judge’s orders.

The court’s decision stems from a set of hearings and orders issued by Hughes in 2016, when she granted a father temporary sole custody after the child’s mother did not cooperate with visitation sessions. The mother filed a complaint with the commission, which leveled a public reprimand against the judge and ordered her to undergo further legal education.

The Supreme Court decision, written by Justice Lidia Stiglich, said the order should have been appealed to another court.

“A challenge to the exercise of judicial discretion to modify child custody is a matter for appellate review, not a judicial discipline complaint,” Stiglich wrote, with Justices Kristina Pickering, Mark Gibbons, James Hardesty and Ron Parraguirre in agreement. “The commission exceeds its authority when it reaches the merits of claims that should be contested through the appellate process.”

Justices Elissa Cadish and Abbi Silver agreed that the commission erred in imposing a public reprimand but wrote that “some form of discipline was warranted here,” saying that they would send the decision back to the commission for reevaluation of an “appropriate discipline.”

Hughes, who took the bench in 2014, said during a Review-Journal primary election debate this year that she disagreed with the commission’s decision. She could not be reached for comment Monday.

Attorney Bill Terry, who represented Hughes before the commission and also represents other judges facing potential discipline, suggested that the commission’s decision cost Hughes a chance at re-election.

“I’m sure that the opinion of the commission had an adverse effect on her election,” Terry said. “They did the same thing that they accused Judge Hughes of doing. They made a mistake. But she has no redress. She can run for office again, but not this time.”

At the time Hughes faced the commission, Terry had said that Hughes had acted in the best interest of the child.

The judge’s lawyers in appealing the decision, Daniel Marks and Nicole Young, could not be reached for comment Monday.

The Supreme Court’s decision urged the commission to “take care in future proceedings” and suggested a lesser form of discipline should have been considered, saying that there was no evidence Hughes “committed a knowing or deliberate violation,” which would eliminate the possibility of a public reprimand.

“For claims where relief may ordinarily lie in the appeals process, disciplinary proceedings should be pursued sparingly,” Stiglich wrote. “Proceeding otherwise risks chilling the exercise of judicial discretion and harms the administration of justice.”