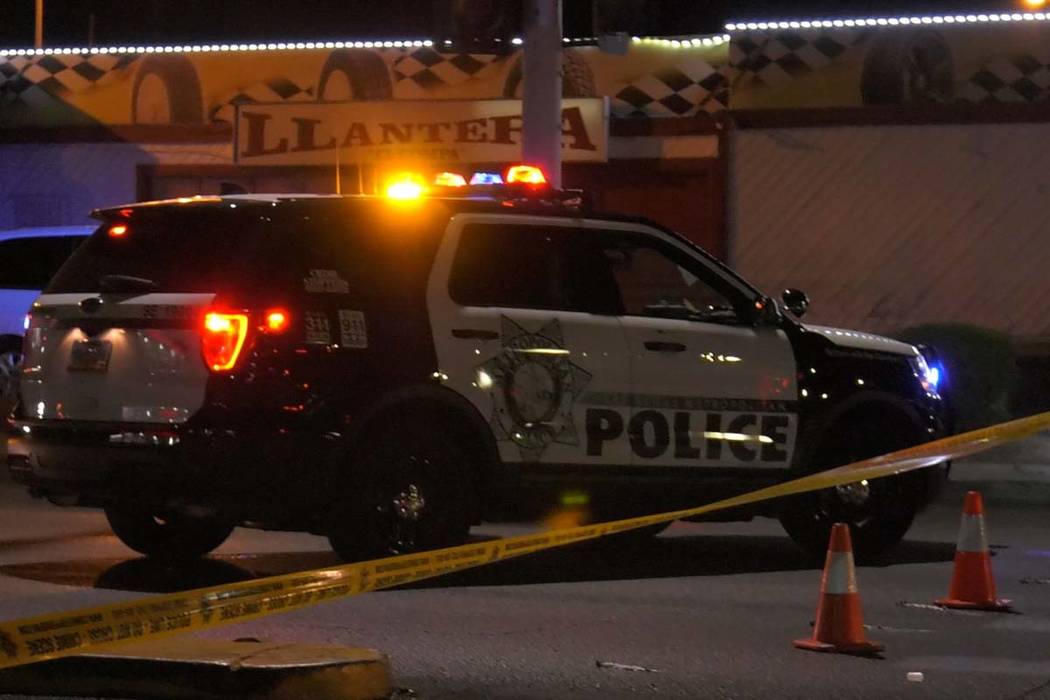 A 57-year-old man killed Wednesday night in a hit-and-run crash in the east valley has been identified as a Las Vegas resident.

The victim was Michael Donald Stephens, according to the Clark County coroner’s office, which had not determined the man’s cause and manner of death as of Friday afternoon.

Las Vegas police have said that Stephens was walking on the 400 block of Lamb Boulevard when he was struck by a vehicle, his body dragged along the roadway for about a third of a mile before the driver took off.

With no witnesses to the crash, Stephens was initially thought to be a victim of a shooting.

Officers were led to Stephens’ body after multiple 911 callers reported seeing a man down in the roadway, and when officers arrived in the area, police said, it appeared that Stephens had been shot in the abdomen.

But, according to homicide Lt. Ray Spencer, what appeared to be a “metal fragment” in his abdomen was likely a button from his jacket.

It wasn’t immediately clear whether police have since identified any witnesses to the crash. Court records show an arrest in the case had not been made as of Friday.

Anyone with more information may call the Metropolitan Police Department’s collision investigation section at 702-828-3595 or, to remain anonymous, call Crime Stoppers at 702-385-5555.