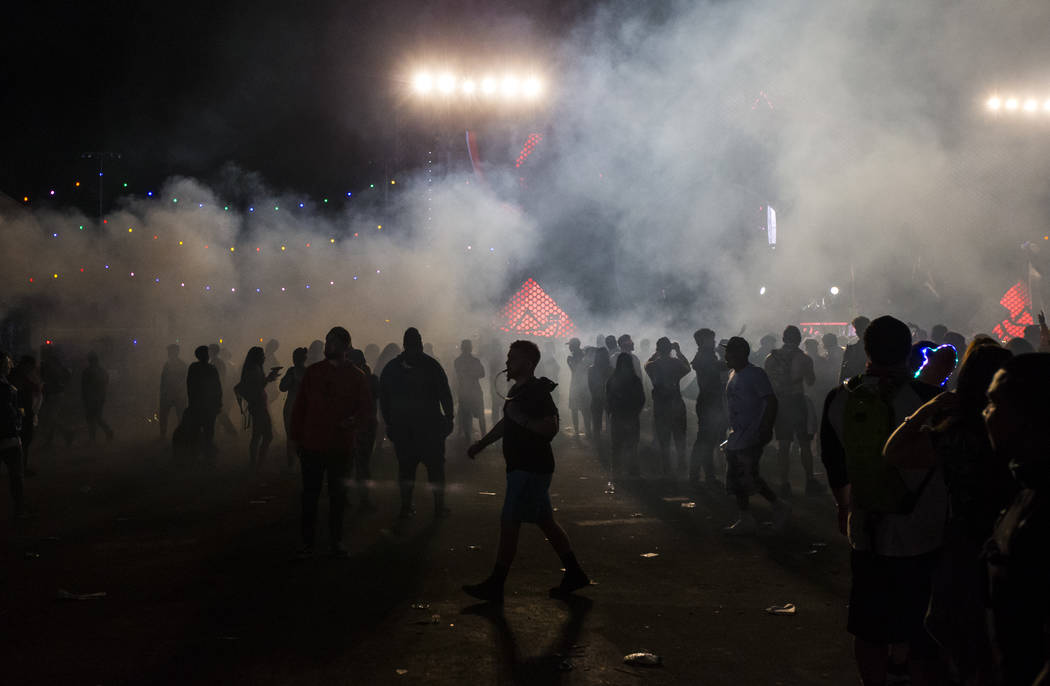 Attendees are silhouetted by the Wasteland stage during the first day of the Electric Daisy Carnival at the Las Vegas Motor Speedway in Las Vegas on Saturday, May 18, 2019. (Chase Stevens/Las Vegas Review-Journal) @csstevensphoto

Another two people were arrested on misdemeanor charges and one person received a misdemeanor citation, according to a statistical report released Saturday morning by the Metropolitan Police Department.

The event lasted from Friday evening early into Saturday morning at the Las Vegas Motor Speedway.

No DUI arrests were made. Information about medical calls were not included in the report.

About 150,000 people are expected to attend the sold-out desert rave each night this weekend, the largest number the festival has seen.