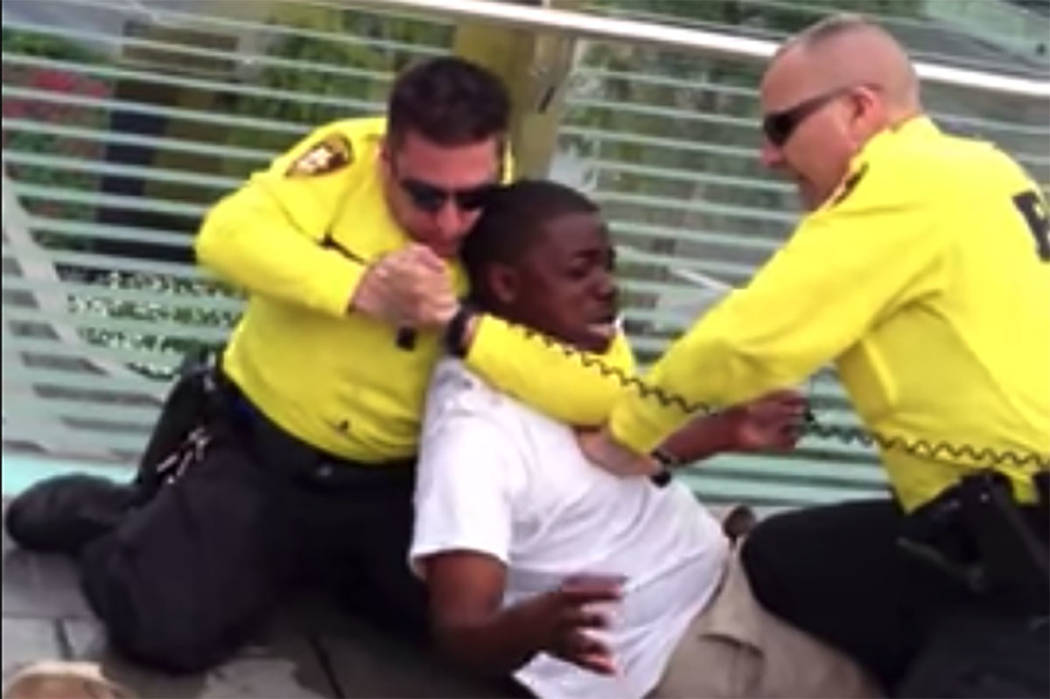 A screenshot from a 2013 video shows two Las Vegas police officers apprehending a man on the Las Vegas Strip. (Our Own Voices/YouTube)

A video from six years ago that shows a pair of Las Vegas Metropolitan Police Department officers apprehending a man for selling water on the Strip resurfaced and went viral recently.

The incident appears to be on a pedestrian walkway near the Aria. Several people are heard on the video criticizing the officers’ actions. The suspect can be heard saying, “I can’t breathe” several times.

“The LVMPD PIO has received a number of requests reference a video circulating on social media of a water seller being taken into custody,” said a statement released Monday by Metro.

‘The video is from an incident in July 2013 which was fully investigated by LVMPD Internal Affairs. The investigation showed no policy violations occurred. In addition a lawsuit filed by the individual in the video was dismissed by the courts.

The Metro release did not identify the suspect in the video.