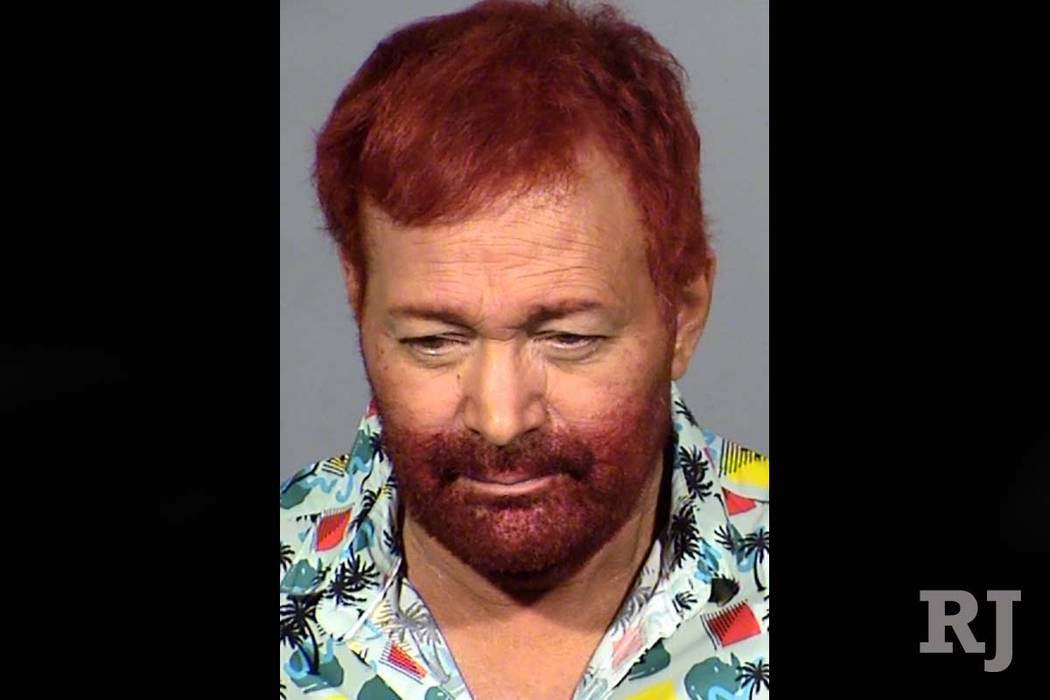 Police arrested a 62-year-old man Monday in connection with a threatening note that was left near Sen. Dean Heller’s Las Vegas office in July.

Richard Holley was arrested without incident and was booked into the Clark County Detention Center without bail, the Metropolitan Police Department said.

Police responded to a burglary alarm at Heller’s office at 8930 W. Sunset Road about 9 a.m. on July 16 and found a threatening note near the door to the office.

The contents of that letter were contained in Holley’s arrest report.

After pushing for most of his Senate career to repeal the Affordable Care Act, commonly known as Obamacare, Heller changed his approach in June, when he joined Gov. Brian Sandoval to publicly oppose a proposal to repeal the act.

After that broad repeal bill failed, the Senate pushed a smaller “skinny” repeal bill, which Heller supported. However, the bill died in dramatic fashion when three other Republican senators voted against it.

Surveillance footage from the incident at Heller’s office showed a man wearing a black Raiders baseball cap, black sunglasses, a gray men’s polo shirt, khaki shorts and blue tennis shoes with orange shoelaces, according to the arrest report. The footage also showed the man parking a gold Pontiac Grand Prix far from the building’s entrance and driving away in it, the report said.

Metro released still photos and video of the man July 19, asking for the public’s help identifying him. An anonymous tip on July 23 suggested the man may be Holley, the arrest report said.

The man in the surveillance footage has a gray beard. Holley has a bright red beard and hair in his booking photo.

An investigation showed that Holley was the victim of a robbery in 2004, and his handwritten statement from that incident matched the handwriting in the letter left at Heller’s office, according to Holley’s recent arrest report.

Police also found a prior arrest for Holley for petit larceny of a Smith’s grocery store in 2009, during which he had parked his car far from the building before going in, according to the arrest report.

The investigation also showed that Holley has Type 2 diabetes and that his wife suffers from osteoporosis, osteoarthritis, eye problems and blood pressure problems, according to the report, which also said she was planning a back surgery soon.

When officers conducted a search of Holley’s home, he was wearing what appeared to be the same blue and orange tennis shoes as the man in the surveillance footage. Holley did not admit to being the man in the footage.

When a detective told Holley that police needed to know “if there was a serious threat against Senator Heller,” according to the arrest report, Holley replied, “Definitely not from me.”

Holley’s son and the son’s wife, who lived with Holley, told police the man in the photos and video was Holley. Holley’s wife told police that Holley had used her account to order the Raiders hat seen in the footage.