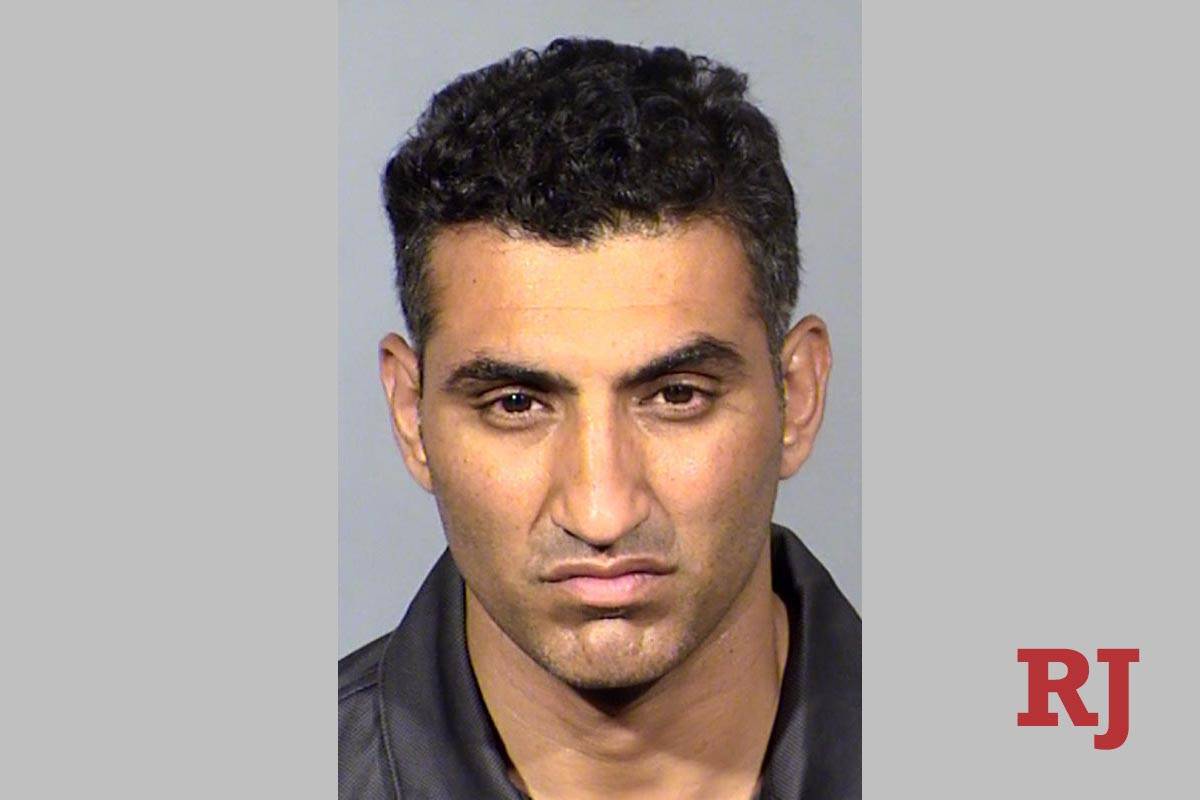 A Las Vegas man accused of attempting to lure a child for sex was arrested after approaching a girl near a northwest Las Vegas pool and offering her money to get into his truck, police said.

An arrest report for Shahab Afshar, 36, of Las Vegas, also indicates that Las Vegas police received a second report of a pickup truck driver approaching another youth in the 200 block of South Torrey Pines Drive, near Garside Pool and Garside Junior High School, in early April.

In the second instance, the youth refused to cooperate with police.

Afshar was booked at the Clark County Detention Center April 12 on a single felony count of luring a child. Police said they arrested Afshar after a girl told police she was walking near the Garside pool on April 7 at 5:12 p.m. when a driver in a Dodge Ram 3500 dually pulled up to her. The driver said to the girl ‘Hey, Ms. Hey Ms.,’” according to Afshar’s arrest report.

“He pulled a huge stack of money out and pulled one hundred dollars out,” police said. “He told her ‘You can make easy money.’”

The youth, who’s age was blacked out in the police report, refused the man’s solicitation and kept walking. Police said the man then drove the truck up closer and said, “Just get in the car and I won’t touch you, let’s just talk.’ ”

The youth told the driver her age, then pulled out her phone to try and take a photo of the truck’s paper license tag, prompting the driver to drive off at a high rate of speed. The girl immediately called her father, who called police.

Police said they looked at other police calls in the area and found that four days earlier “a similar event occurred in the same general area with the same description of the driver and vehicle.” Police said on April 3 at 3:06 p.m. another girl called police to report a man “tried to lure her into his truck” by offering her money in the area of Charleston Boulevard and Torrey Pines Drive. The girl refused further contact from police despite repeated efforts to reach her.

Police said they obtained video in the area from Clark County School District police. That video substantiated the girl’s account of the April 7 encounter, police said. The video showed a pickup truck pulling up to the youth as she walked on Torrey Pines and then speeding off. Police said they traced the truck to a local business where Afshar worked. A records check showed Afshar had pleaded guilty to a misdemeanor count of solicitation in 2013.

Police said they then assembled a photo lineup with Afshar’s mugshot in it. The youth involved in the April 7 encounter picked out Afshar’s mugshot from the lineup “with 100% certainty,” police wrote in his arrest report.

In an interview with police, Afshar denied attempting to lure a child into his vehicle. He said on April 3 he was driving in the area of Charleston and Torrey Pines when he saw a female who appeared to be in her early 20s walking.

“Afshar stated he decided to stop and offer her a ride,” police quoted him as saying. “This female got inside her vehicle and as he was driving, she started asking him to give her money. Afshar then decided to stop the truck and tell the white female to exit the pickup truck since he was surprised she was asking him for money.”

Afshar was asked if he was in the area of Torrey Pines and Charleston on April 7. Police said Afshar told them he briefly pulled into a school parking lot in the area to take a phone call from his boss. He noticed a girl in the area who would not walk in front of his vehicle. He rolled down his window and asked her why she wouldn’t cross in front of his vehicle when she attempted to take a photo of his truck with her cell phone, but he denied any wrongdoing.

On Friday, Las Vegas police issued a press release about Afshar’s arrest, saying they were trying to determine if there could be “additional victims” in the case.

Afshar is scheduled to appear in Las Vegas Justice Court on May 12.